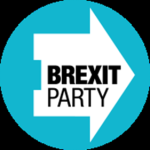 Those of the Christian faith will know of the biblical story of Moses, whereby he on behalf of God demanded of the Pharaoh Let my people go – the release of the Israelites from bondage in Egypt – the biblical consequences of stubbornness and heart hardening refusal, was ten plagues on Egypt [Blood, Frogs, Lice, Flies, Livestock pestilence, Boils, Hail and fire, Locusts, Darkness, and Firstborn death]

Now, it wouldn’t be proper to link the UK’s demand to leave the EU with an illuminating divine account, but nevertheless it is worth noting that it is most likely that there will be consequences befalling the EU by making this Country’s departure ‘impossibly’ difficult, then creating conditions to also enslave our Nation for further two years under its dictatorial control, and indeed now extending our membership by delaying BREXIT day by 6 months or more – a dire situation that has resulted in incandescent anger within a normally subservient population, eh?

Some may well ponder as to just why the EU leadership have acted as such shit-faces to a Country that has been such a friend and so important a colleague in terms of its contribution on all fronts to the EU, eh?

Well, for a start the answer is that the UK has never supported the EU’s end game, its obsessive ambition of federalisation, when those in charge there who are determined to see that objective achieved, can see it going down the plughole when Britain has ultimately walked-away from the game. Then of course there is the EU’s determination to dish out the maximum “punishment”, both to really wound our population for ever daring to vote ‘Leave’, as well as to cut the nation down to size and make ‘high and mighty Britain’, as they see it, finally small and belittled.

Well so far, the EU have succeeded in that quest and certainly the UK is on the ropes, isn’t it? Yep, but the weapon it has deployed is a double edge sword, so the EU as a consequence has also inflicted ‘self-harm on itself?

You see, the EU’s intransigence in dealing with the UK’s impending departure was intended to equally act as a warning signal and as a deterrent to other countries that might want to follow suit, wasn’t it?

Well, it has had the opposite effect as it has in fact galvanised widespread opposition to the EU, because it has become crystal clear just how domineering, how undemocratic, how manipulated by the few, and how out of control, the current EU organisation has become – so an action resulting in an equal and opposite reaction [as Newton would have it], just like as in Britain, many of those who had voted to Remain now want to leave on ‘No-Deal’, eh?

The architect of the EU’s disgraceful treatment of the UK over the past 3 years following the BREXIT Referendum decision, is their chief negotiator, one Michel Barnier, and he is now running scared by the self-destructive forces he has released by his dastardly dealings, isn’t he?

Yep, he thought that his nemesis, Nigel Farage, had been well and truly neutered and that the UKIP party’s power and influence had been finally annihilated. Well he has been shocked to the core to find that explicitly because of his and the EU’s deeds, Farage has risen like a phoenix from the ashes, and has created the new BREXIT Party to take over the baton from UKIP, whence it is now poised to win the UK’s EU Election race on 23 May – in a battle that is a costly and phoney exercise, but which has solely been brought about by the manipulative EU’s ambition to try to get the UK to effectively stay in the club.

Hence Barnier is now shit-scared that Farage will succeed in destroying the EU and its European Project as it stands, and he has nightmares that a Farage lookalike will evolve in every country, no less?

The UK EU election may well result in the arrival in Brussels of a revigorated army of anti-EU MEPs, who will do their damndest to undermine the work of its parliament in any way possible – mind you they won’t have the same power as the Leaver wreckers had at Westminster, as MEPs don’t actually control the EU in any which way, do they?

The EU’s own polling has shown that currently less than half of Britons support remaining in the European Union, while that was the same situation in the CZECH REPUBLIC and in crippled by €2.1trillion of debt ITALY, whence both countries could also quit the EU if given the chance in a vote – a large percentage of their voters do already actually favour quitting the bloc outright

So, rising disenchantment with the dealings of EU is not just confined to the UK and with a revival of nationalism across the EU, not least as a result of high levels of young people out work, even FRANCE could kick over the traces in these upcoming EU elections and send eurosceptic MEPs to rain on Barnier’s parade, since far-right leader Marine Le Pen’s party has snatched top spot from EU ultra-committed President Macron in the EU election poll. Then of course there is also HUNGARY which has run anti-EU campaigns so at the very least wants big changes in it [other eurosceptic countries but less so are POLAND, AUSTRIA, DEMARK]

The diehard counties apparently still ‘loving-it’ in the EU, are the Netherlands, Ireland, Luxembourg, Sweden, and big beneficiary Germany]

While Barnier’s had pinned his whole potential political future on forcing the ‘totally unacceptable’ withdrawal agreement on the UK and so avoiding its disorderly exit, he now faces abject failure and the consequential wrath of some of the countries that have the most to lose by a ‘No-Deal’ BREXIT – like Germany (its manufacturing industry continues its decline and it already has export troubles), Ireland (who will have shot themselves in the foot by supporting the EU’s hard line), Slovakia (major car exporter to UK), Belgium, and Spain – when it is widely thought that the eurozone may not survive the next recession

[The problem with the European Union is that it was ‘conceived’ by the French, who might be renowned for their food but are NOT for their administration, nor commitment to democracy, nor for making friendships, nor for an unchaotic approach, while unfortunately Britain played no part in its planning and construction, because Attlee’s suspicious and unreceptive Labour government wouldn’t engage, so turned-down the godsent opportunity in 1950 to create a mould that would have produced a working democratic EU model]

“.. we must never cease to proclaim in fearless tones the great principles of freedom and the rights of man which are the joint inheritance of the English-speaking world and which through Magna Carta, the Bill of Rights, the Habeas Corpus, trial by jury…

All this means that the people of any country have the right, and should have the power by constitutional action, by free unfettered elections, with secret ballot, to choose or change the character or form of government under which they dwell; that freedom of speech and thought should reign; that courts of justice, independent of the executive, unbiased by any party, should administer laws which have received the broad assent of large majorities or are consecrated by time and custom. Here are the title deeds of freedom which should lie in every cottage home.”           Churchill    (Fulton, Missouri March 5, 1946)