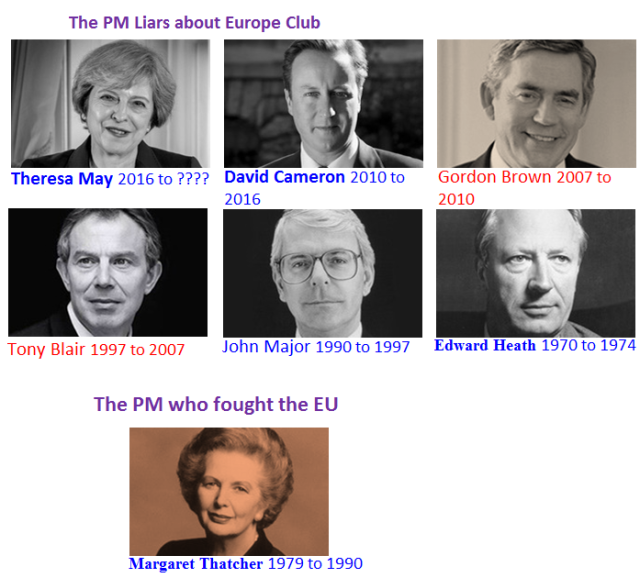 There can be little doubt in anyone’s mind that British politics has indeed been dragged into the gutter, surely? Now, its demise is not simply at the hand of one political party [though Conservative, Labour and LibDems have certainly played a substantive role, eh?], nor is it down to an individual nor even a group of them nor any particular organisation or social media platform [though all those have contributed in varying degrees, haven’t they?]

The overpowering stink though from the politics’ gutter comes from the barefaced lies that our politicians perpetrate on the unsuspecting voting public, isn’t it? There has always been a problem in that politicians cannot be trusted and should never ever be given the given the benefit of the doubt – such advice has been around for two-and-a-half centuries [from wise man Thomas Jefferson author of the US Declaration of Independence who amongst other things warned that in the question of power “bind him down from mischief by the chains of the Constitution”.

Jefferson also noted both that ‘honesty is the first chapter in the book of wisdom’, and ‘he who permits himself to tell a lie once, finds it much easier to do it the second time’. Those two idioms would explain precisely why when it comes to the European Union, our past and recent Prime Ministers have clearly been lacking in wisdom and are accomplished liars, wouldn’t you say?

Our insurmountable problem is that in Britain we have no chains with which to bind-down these compulsive liars.

Oh yes, Tory PM Theresa May our current lacklustre premier, fits the bill comfortably, and she indeed holds her own on both the aspects with those who have preceded her. Her cruel lie that she (a vicar’s daughter), had experience a miraculous Paul the Apostle type conversion on the road to Downing Street, from being a Remainer to a true believer in BREXIT, was so convincing that it can’t have been her very first lie in politics, can it?. Well, she has followed-up that with such a torrent of lies that it is difficult to know if she has ever told the truth, eh?

After 2 years and 4 months of behind the scenes skullduggery and public deceptions, May concluded ‘HER’ so-called Deal for the UK to leave the EU. The first problem was that it was another BIG lie because it was anything BUT a deal to leave that dreaded club – there was no trade deal whatsoever, so it was in fact just to leave-in-name-only, and STAY-on for another 2 years without representation but paying-in another £40billion, with only the ‘prospect’ of actually getting a DEAL later-on that covered future trade.

Secondly, what she arrived back with was a ‘Withdrawal Agreement’, which with the customary deceit we now have come to expect, she assured all and sundry that it ‘fully delivered’ on the BREXIT the Country had voted for, and moreover it delivered on the Tory manifesto that she and her fellow MPs had been elected-on just the year before – of course that was not a lie, it was not a big lie, because it was a MASSIVE lie, wasn’t it? Everybody knows that HER agreement [even she calls it that!] will mean that the UK will be trapped in the EU’s mechanisms with no escape from the cage that it has carefully built for us – she is asking Parliament to sign-up to a legal Treaty from which there is no exit clause EVER.

It is to some extent surprising that May expects the people of Britain to cleanly swallow her suicide pill, seeing that her immediate predecessor Tory PM David Cameron pulled a similar stunt and returned from his quest to get the EU to reform and to obtain essential concessions for the UK, to claim ‘mission accomplished’ – he had got nothing and the savvy electorate though saw through his pack of lies, determined that the EU was a crock of shit, and voted Leave. [but then again, May has demonstrated that she’s delusional, hasn’t she?].

[The problem BREXIT faces is that the city and big business are full of people more interested in making money than in Britain’s democracy or freedom. (“I prefer dangerous freedom over peaceful slavery” Jefferson)]

Before Cameron we had Labour PM Gordon Brown and many will think that the dour Scot had fully sussed-out the EU because it was he alone that stopped Britain abandoning sterling and being dragged into the disastrous Euro currency – so was HE a liar too like the rest? Yep, when it comes to Europe they ALL are liars, it seems? You see, it was Brown who controversially sneaked-off to Portugal to sign the EU Treaty of Lisbon, despite the fact that he had no mandate to ratify that treaty without public consent – Labour’s manifesto had pledged to give the British public a referendum on the original EU Constitution, so he said it was far too complex to be understood and decided upon by us idiots in a referendum and he plainly lied through his back teeth that it wasn’t really a constitutional change, when in fact it contained many of the changes the ‘rejected’constitution attempted to introduce, and was part of the EU’s federalist agenda to destroy national sovereignty

Of course, Labour PM Tony Blair had preceded Brown, though seemingly just yet another one of the liars about the ‘EU project’, except possibly that he was the most accomplished at it, eh? He may be most remembered and besmirched for conning the British people about the need for our troops’ loss of life in the disgusting, murderous Iraq war, but he was equally adept at lying over the EU, wasn’t he? Yep, despite the Nice treaty representing a big push forward to further political integration [on top of the earlier Maastricht treaty], he signed it nevertheless. By gifted lying he made-out to the British people that everything was just going to be government to government and he even got it through parliament hardly without a murmur by his smooth talking deceit– if Britain had opposed then that treaty with its huge implications, and caused it to fail, the EU would have been knocked off balance, possibly never to have recovered [a massive missed opportunity, eh?]. Subsequently, he has proved to be the biggest traitor in living memory as one who has spent his time since 2016 talking to the EU leadership, identifying UK’s negotiating vulnerability or weaknesses and encouraging the EU to shit all over the UK and not give us any kind of deal, while undermining the UK’s commitment to BREXIT – being in the EU means that treason is no longer punishable by death here, but we could change all that on 30th March, so Blair might be wise to apply for asylum in Brussels, eh?

We suffered Tory PM John Major, before the Blair ten years of ‘New Labour’, who as an ex-banker might have been expected to have had a truth gene somewhere, but no he was just as big a liar as the others, wasn’t he? Yep, he was the village idiot who allowed the EU to be established when he signed-up Britain to the Maastricht Treaty, which was the foundation for economic and monetary union with a single currency at its heart and new rules on inflation, debt and interest rate regulations and saw the European Community evolve into the European Union with 12 member states initially [now 28]. He hid the facts from the public, surreptitiously lied about the seriousness and validity of the Danish objections, and mislead the country about the impact of Maastricht, claiming that the EC was simply “getting back on the path” no less, when it actually created an ‘undemocratic’ European superstate, with amongst other things, its own defence policy, new EU citizenship, and a joint policy on immigration and crime, and no room for the small countries [as the Greece fiasco has fully demonstrate]. He hoodwinked the public into thinking that the European federalism chicken’s neck had been well and truly wrung

The Premier’s baton was handed to Major by marmite character Conservative PM Margaret Thatcher, but she was a much different kettle of fish when it came to Europe, wasn’t she? Well, she fought the bastards there tooth and nail and likened our involvement with it to getting our fingers burnt, so she fiercely opposed Major’s signing of this EU creation treaty and described her successor’s action as ‘putting our head in the fire’ – noting that the Nation’s trust in him was not well-founded

Jumping further down the Premier list then to PM Edward Heath, who most certainly joins the ranks of the PM Liars about Europe Club, doesn’t he? He lied to MPs and gave them false information about EEC entry, when the ‘making money’ incentivised Europhiles, saw the trade incentives of joining, while all others resented the loss of sovereignty or rightly saw the EEC simply as a capitalist club. Secret papers show that he knowingly bartered away the UK fishing fleet and gave the kiss of death to much of our manufacturing industry. He lyingly dismissed the understandable concerns that there would be a significant loss of independence & sovereignty, or that we were starting a process that would lead to a federal Europe, or a process that would lead to a situation where we would have no control over foreign policy et al – denying that it could happen, and he lied that the EEC was purely about trade, working together and cooperating. It appears that he had decided two years beforehand that the Government should keep the British public ‘in the dark’ about what EEC membership really meant, while estimating that it would take at least 30 years for voters to realise what was happening, by which time it would be too late for Britain to leave it – true enough, 45 years before we caught-on and got out.

[The British Prime Ministers of the past fifty years have been exposed as being a despicable gang of liars who have sold our Country down the river in all their dealings with the European cartel intent on creating a federal entity. Entrusting power and passing-over increasing control to an unaccountable, moronic, elite in Brussels has undoubtedly transformed that organisation into a feared tyrannical unstoppable force which must be escaped from]