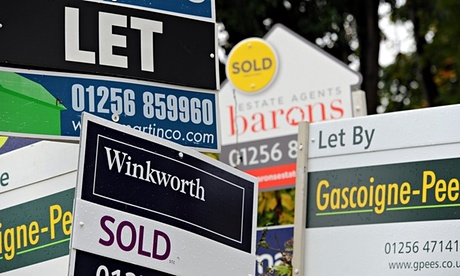 A post here three years ago “England’s housing crisis is now in fact a disaster ¬ can it ever be resolved?” November 5, 2015 by dadman007, outlined major reasons why England was experiencing the vice like grip of a housing shortage.

The question now is has anything changed? It seems NOT, doesn’t it? Yep, NO new initiatives (like a commission on housing?), and no new laws nor new regulations, that get to the roots of the numerous problems causing the current disastrous situation. You see Britain’s track record at consistently building enough homes has been nothing short of disgracefully short.

Now, it needs to be said that it is the Westminster Government who carries the responsibility for housing in England [but not in the rest of the UK (as housing is devolved)].

A year ago, the statistics showed that a derisory average of 127,000 homes a year have been built in England plus Wales since the Tories took office in 2010 – the lowest level for nearly 100 years .

Oh yes, the Government have as usual made false (?) election promises on building homes – this time to averaging 200,000 homes per year built in 5 years from 2015 – NO chance as there is less than 2½ years left [after that it is to be an average of 250,000 for the following 2 years (which is what has been NEEDED for decades)].

It’s all pie in the sky of course, despite it being inadequate and ‘unobtainable’, because the government (of any persuasion) isn’t actually in control of house building, is it? No, the parties constantly have appealed to voters by promising housing policies they cannot deliver on, because they have totally outsourced that responsibility to the private house builders, with the big ones raking in massive profits [like Barratt, Taylor Wimpy, Persimmon, Berkeley, Redrow Bellway, Galliford Try, Bovis]. The builders don’t want to build more houses nor cheaper ones for that matter, because it isn’t in their commercial interest to do so, is it?

It is well past time to bring-back state-funded housebuilding – the councils will do a great job and into the bargain they will only build houses that are desperately needed as homes, not trophy houses for the better-off.

This disaster is largely driven by both political parties’ tendency to appeal to voters by promising housing policy they cannot possibly deliver on, and certainly cannot see through, in the five-year term all governments are now limited to.

Despite all the rhetoric, or the politicians’ building-site photo opportunities with them sporting hard hats and hi-vis jackets, the Government doesn’t really give a damn about housing, so it is very low if not bottom of its priorities – how else can you explain the ‘no cohesion on housing policy’ with there being 17 Housing Ministers in the past 21 years [Armstrong, Rainsford, Falconer, Rooker, Hill, Cooper, Flint, Beckett, Healey, Snapps, Prisk, Hopkins, Lewis, Barnwell, Sharma, Raab, Malthouse], eh?

The inadequate and inappropriate house building over past decades has had multiple effects, including a dire shortage of decent lower-cost houses [the governments term ‘affordable’ is laughable when it comes to houses – they bloody well are ANYTHING BUT, are they?

The current unreasonably high-price situation, means that not only is home ownership unfairly denied major elements of the population (the typical worker no less, and in particularly the young), but it results in unaffordable and soaring rents, or slum-like poor living conditions. That itself is a major factor that leads to rising homelessness.

In the last 10 years, the average cost of a home has spiked nearly 50 percent, to a record of £226,906 this year, and while numbers for sale have dropped to record low levels, so new buyer enquires have progressively stalled. [The Government’s DISGUSTING Help to Buy scheme, supposedly aimed at helping first time buyers, has greatly contributed to the soaring property prices and lack of stock].

It is said that if we keep building at the current rate then by 2025 the house of the average owner occupier in the South East will increase in value by £1,000 a week.

The household debt burden here is growing again like Topsy – the world’s 2008 financial crisis that brought banks to their knees, resulted from just that kind of situation.

Despite the governments’ much-publicised goals for increased housing delivery, the property market remains a racket, don’t you think? Well, within a culture of property speculation, prices have gone-up 10-fold in just some 40 years (double the rate of inflation) and 10% faster than wages in the past 8 years. Now, in any civilised society with equality values at its core, it wouldn’t be allowed, would it?

Ah, but those already ON the housing ladder [which includes ALL the politicians and those rigging the market] are in clover, so they aren’t going to alter any of that– so for those who haven’t made it so far, and never will, bugger the ones with aspirations, they will continue to be shat-on, eh?

It’s a significant injustice, a social failure, and a dangerous society division between the haves and have-nots, wouldn’t you say?

We must be quite clear though, that this whole crass situation isn’t ‘just about’ house building, because there are other factors which have equal weighty impact, so which need to be addressed alongside of it.

In Britain, we must absolutely do whatever is necessary to reach the essential objective of a stable- price house-market – indeed, as other countries have already successfully done, eh?

Has the current Government though, got the balls to grasp the nettle and manage the pain – probably NOT?

First the government urgently must get a grip, and start it by setting a target for future house price inflation (starting at zero), then identify relevant policy levers, enact legislation, and put organisation in place, to achieve just that. – which means building an incentive framework and it will require those in the housing market to play a full and responsible part.

Then there is the very relevant issue of the (excessive?) availability of cheap credit for house purchases, because analysis shows that it is having a rampant effect on increasing house prices. That would indicate that house inflation can be capped, simply by being much more discriminate with lending, plus making it much more expensive to lend against property – we need simply to reduce housing’s supply of credit, don’t we?

Yep, make it more beneficial to lend to British businesses rather to invest in speculative property ownership, surely?

What house funding is made available shouldn’t be heading for the musical chairs crowd of the forever upsizing wealthy who double-dip houses, or buy to rent, and increasingly move the ladder higher off the ground for ordinary folk, but instead focus on the genuine first-time buyers seeking an-affordable home and give them a leg-up into the bargain [and ditch ALL help for the likes of those who are wealthy but were still  allowed to use Help to Buy]

The low available housing stock is being further depleted by foreign buyers with their hot money speculative incentives, and corporate owners also, so a curb needs to be put on that pronto, and its easily done – other countries have [like Australia, Denmark, Singapore, Switzerland].

Moreover, while frontmen of foreign companies have been buying-up our most exclusive properties, no one has any idea of who the owners are. Furthermore, foreign criminals through shell companies, have been laundering their dirty money in the property market, which they can then sell or lease, equally anonymously. Well, at least, new laws are now going through parliament to force them all to give the names of owners, to go in a register – BUT THAT ISNT ENOUGH.

[Reportedly, some four and a half billion pounds of ‘suspicious wealth is currently invested in London property].

The post conclusion statement of three years ago STILL APPLIES in 2018 – so it is repeated here below:

[Our chronic housing problem needs fixing urgently, and requires vision and big thinking in government – and that has been badly missing hasn’t it?]