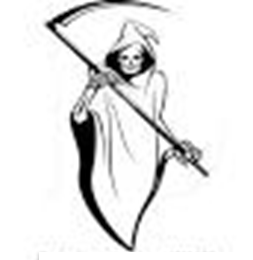 Unsurprisingly, PM Theresa May’s popularity amongst Conservatives is dropping like a stone – it is negative AGAIN and is likely to get lower (as is Chancellor Philip Hammond’s  popularity). Public support for the party is suffering in tandem, so Labour are now neck-and-neck, which will be a massive worry at Tory Campaign Headquarters, not least as the latest Chequers BREXIT fiasco betrayal and ministerial resignations’ shit hasn’t yet hit the fan.

Currently the public’s perceptions of the government’s competence and unity is one of disarray, and that endangers May’s tenure at its head, surely? That is coupled with the dangerous fact that of the Government doesn’t have a majority in the Commons [LOST by May herself last June].

It seems to be highly likely that the Government will find it increasingly difficult to get its legislation through parliament as the year goes on, and that would spell disaster for the Party. It is likely that the Tories, in the current political climate, would want to avoid a General Election at all costs [because it might well result in a Corbyn government], so they are likely to favour a quick bloodless regime change [aka Thatcher’s departure?].

The one thing for sure is that the Country needs a Prime Minister at the helm who has the full support of the Party – which May certainly doesn’t, and never has had? Amongst Tory rank and file members, Jacob Rees-Mogg is favoured to be their next Leader, but the news on the wires is that currently he wouldn’t stand [he has of course no ministerial experience], but it would have to be a ‘Leaver’ and somebody NOT in the ‘current’ Cabinet (who all voted for the Chequers plan), to have any credibility, don’t you think?

As many had suspected it would, BREXIT has scuppered May and brought her closer to the moment of a leadership challenge. Her inherent weakness was fully exposed last October when out-of-the-blue, humiliatingly, she ignominiously caved in to the EU’s outrageous forty-billion-pound divorce bill demand, together with pledging the UK’s willingness to virtually STAY in the bloody EU for AT LEAST another 2 bleeding YEARS, no less? (so not a penny saved until 2021, even if then?) – we knew at the time (and said it) that it would be only the tip of the iceberg, as we now have seen.

She has come up with an overall deal that both gives-in to the business lobby, and appeases the EU’s negotiators (who without doubt will then successfully negotiate away the residual UK requirements), but stuffs the whole BREXIT vision and defies the result of the Referendum, no less?

Many of us said two years ago that feeble May wasn’t PM material (as the Conservatives knew also), but she got the job anyway in the panic environment of Cameron’s desertion and abandonment of his post, together with the shock of an unexpected BREXIT vote in defiance of their Party’s policy.

Hence, in reality she was always a temporary Prime Minister, so not long-term at all, but then last summer she was sussed-out and rejected by the electorate in a snap-election she unnecessarily called, which demonstrated her lack of judgement and marked her card – the Party will want her ditched well before another Election, won’t they?

Not only is it a deeply divided party, but May has no real allies in it, so can’t count on great loyalty at Westminster [you reap what you sow, you see?], moreover she has antagonised many many MPs, both Leavers and Remainers alike, and when the chips are down, that makes her survival very problematical, doesn’t it? She needs to be very careful as those close behind her, and the seemingly least likely, may well be the ones carrying the longest knives (as Thatcher discovered).

Many are already calling for May’s head, particularly those who feel ‘her preposterous and damaging policy, is haemorrhage support for the party’ [as said by hard-BREXIT advocate, and seeking to topple May, sent a “no-confidence in the PM” (openly-published) letter to the 1922 committee chairman saying “her compete capitulation makes the promises made a charade intended to dupe the electorate … an insult to their intelligence”] (Hope he doesn’t expect a call with a ministerial job any time soon, eh?). Some 70% say we need a stronger PM.

It would appear that BREXITEERS will simply oppose the Chequers deal in parliament, and take no imminent action to ditch May, but the black clouds will be gathering. Within the wider party, there could be trouble ahead for May, at the September annual conference, as last year her keynote closing speech to a sceptical party was nothing short of catastrophic, when it needed to be solid and full of substance to rally the troops, especially as beforehand Jeremy Corbyn at the Labour’s do had done exactly that for his. She needs to restore grass-roots support this time round, and she could be in an exactly similar situation as before since the Labour conference again proceeds the Tories’.

Reportedly May has also lost the backing of a number of Tory party donors, some very traditional ones amongst them.

[Nobody wants you there ‘Theresa May’, so as discredited ‘David Cameron’ might have bluntly put it, ‘in the national interest’ “for heaven’s sake women, go”]