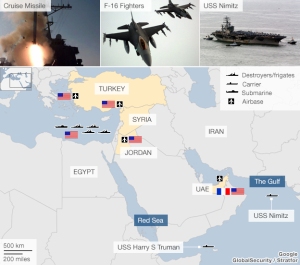 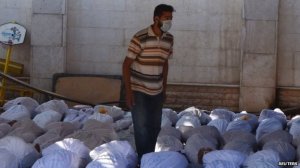 Well, it was back in August 2013 that PM David Cameron recalled the British parliament from its summer break over the Syrian crisis of the Bashar al-Assad regime’s use of chemical weapons there.

It was Cameron’s intention that MPs voted to take part, together-with the U.S., in limited military action then, in response to the chemical weapons attacks in the suburbs of Damascus – he ably showed his feebleness when the motion was lost by 13 votes, and thereby disastrously thwarted our closest ally President Obama’s plans for air strikes to finally deter Syria’s violations by further use of illegal chemical weapons and the like.

Oh yes, those 285 British MPs who unexpectedly & disgracefully refused to take action on Syria and rejected the use of force, have played a massive part in condemning by tyrant Assad to violent death thousands of Syrians, civilian men women and children – make no mistake will you, those weak politicians have blood on their hands. This from a proud nation, who lead by Winston Churchill in 1940 stood alone against Hitler and his Nazis, in the deadliest military conflict ever, when some half a million British gave their lives to save those of others.

Last weekend, yet another time, the World has faced the distressing scenes of an indiscriminate aerial poison gas attack (probably highly concentrated chlorine) on the civilians in a Syrian city, killing there at least 40 people including families with children, hiding in their homes and shelters.

Despite previous abject denials, noxious chemical weapons were suspected as used in dozens of past incidents in Syria, with their misuse indeed confirmed by UN investigations in 2 such attacks (2013), plus as well as likely use of the nerve agent sarin in 5 such attacks (2013), which clearly indicated that the perpetrators had likely access to chemicals from the Syrian Army’s stockpile.

Those breaches of international law incited the attempted disarmament of the Syrian Armed Forces of chemical weapons in 2014 – which any thinking person knew was always going to be frustrated by Assad and the Russians, wasn’t it? {See post ‘Syrian Fiasco!’ September 14, 3013 by dadman007].

Yes, so further chemical attacks, blamed-on the Syrian military of Assad by the UN, were then perpetrated in 2014, 2015, and 2015. Afterwards at the end of 2016, at least 53 people were killed in the first major nerve gas attack since 2013. and that provoked the first U.S. military action against the Syrian government-controlled airbase at Shayrat.

US President Donald Trump confirms in April 2018 that the U.S. has a good intelligence on this further use now of chemical weapons and knew the perpetrators of the alleged crime [Presidents Assad & Putin?] and promised a forceful response that could include a military option – other world leaders may well participate in international strong action [U.S., UK and France].

The new attack outrage in 2018, came about almost exactly on the first year’s anniversary of the U.S.’ $100m value 59 cruise missile attack on that Assad’s Shayrat airfield, made in response to the earlier such attack on Syrian innocents by him – the tyrant’s way of giving a two-finger salute to the World, eh? That strike (coming under new President Trump’s presidency) was totally ineffective in knocking-out operations at the airfield, because naively (?) America gave Russia prior warning of it [when Russia has been Assad’s military co-conspirator since 2015 of course].

As usual, the much-used oppressive lying machines of the Russian and Syrian governments have been launched again to deny all involvement as fabrications and deem accusations of them as a provocation. They claim as usual that there is no evidence of a chemical attack (but that is just because not even the WHO can get-in there to verify), while medical sources say dozens of people were killed, including children, during the alleged toxic bombing of formerly rebel-held town of Douma.

Once again, Russia used its veto at the UN yesterday to tie that organisation’s hands over dealing with the further atrocity – all they have done though is to force the international community into taking direct military action, haven’t they?

Yes, and while the force used (in the next 24hrs?) will doubtless be ‘more’ effective than last year, it will nevertheless be too little too late, won’t it? Unless it is not restricted to Syrian use of chemical weapons and stops the population’s massacre with dropped explosives, it will make little difference to the many hundreds killed and Assad’s regime’s continuation in power, will it?

[Will our British Prime Minister Theresa May now show spunk, stand-up and be counted, will she be strong and decisive, will she commit to action, OR will she ‘duck it’, and rely on a wishy-washy bunch of MPs who ‘may  or may not’ authorise action, that other leaders take on their shoulders, to “hold to account” those responsible for Syrian chemical attacks, eh? BIG QUESTION].

WESTMINSTER PARLIAMENT IS CURRENTLY IN EASTER RECESS UNTIL NEXT WEEK