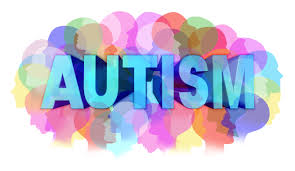 Like with many of the less common disabilities, autism [affecting about three-quarters of a million British people] may be a term that has been heard of by many of us, but as a medical condition it is generally completely unknown or at least misunderstood by most, isn’t it?

In other words we don’t really understand what it’s all about, it is often a hidden disability (NOT obvious), but certainly we don’t want one of our children to be diagnosed with it, do we? You see, it is some kind of rare pseudo-mental disorder that parents usually notice early signs of typically in the first two or three years of their child’s life in those affected, like say delay in language development, signs which often develop gradually, though some children do seem to develop at a normal pace and then worsen with autism kicking-in. [It affects about one percent and occurs four to five times more often in boys than girls].

Autism [which includes Aspergers, which is a less severe subset] is included within the autism spectrum disorder (ASD), a range of conditions classified as neurological disabilities, and which basically affects, with varying degrees, how people perceive the world, and interact with others, so sufferers can have difficulties with everyday verbal and nonverbal communication, social interaction, a tendency to engage in repetitive or restricted behaviours, interests or activities, or experience sensory processing issues [this can lead to long-term issues that include creating and keeping relationships, maintaining a job, and performing daily tasks].

Autism affects the way information is processed by the brain but it is not well understood what is happening differently. It is not really known what causes it but is thought to be down to a combination of factors like genetic, and environmental, and possibly infection.

There is no known cause, nor effective curative treatment for the condition, though early diagnosis is helpful in managing it with early speech & behavioural interventions (and at times with drugs), and sometimes for certain children the disorder can thankfully apparently go away later in childhood or adolescence.

As with all medical or other conditions (particularly mental illness) that aren’t really understood, the fear surrounding autism, unfortunately simply leads to prejudice and discrimination, doesn’t it? Yep, and that certainly starts very early in life at school, but escalates by adulthood when the autistic basically can’t get employment and employers give them an unwarranted cloak of ‘unemployability’ as individuals because of their disability, even for part-time, entry, or temporary work.

Employers just aren’t ‘autistic friendly’ yet, hence more than 4 out of 5 of adult sufferers have to face rejection and aren’t in full-time employment, despite the glaring fact that the bulk of them want to work. In general nearly half of disabled people are in some kind of work but those with autism lagging by fifteen percent – British society needs to be doubling the number of autistic people in work to meet UK disability targets.

Of course we need to appreciate that not all autistic people are able to work, but those that can, will need understanding and acceptance from both their employer and colleagues, with reasonable adjustments made to the interview process and support provision in the workplace – then many autistic people can be a real asset to businesses. Many employers need to savvy-up about getting information about supporting autistic employees and ensuring they don’t get support wrong.

Such employment discrimination is extremely unfair because autism is a condition with varying disability and degrees of functionality (ranging from mild symptoms to the more obvious) – so tarring everyone so diagnosed with the condition with the same brush is disingenuous, surely?

That said, a great disservice has been done to the cause of the autism in this Country by the case of a British 32-year old suspected mastermind computer hacker (diagnosed apparently with Aspergers in his 20’s) who is accused of stealing important secret data by launching a spate of criminal cyber attacks in 2012 and 2013, breaching thousands of computer systems in the United States and elsewhere, counting-in American agencies including the FBI, the US army, NASA and the Department of Defence.

Quite rightly after tracking him down to the U.K., the Americans wanted to trial the guy, Lauri Love, in Court for his alleged offences, so they sought his extradition in the normal way and this was granted in Court last year and signed-off by the Home Secretary.

But Love successfully appealed that in the High Court two months ago, because it was claimed he suffered severe mental illness and could kill himself if sent [so out of his country (but he has dual nationality?) and without the support of his family), to the States for trial, or was jailed there for major criminal offences,

[The National Autistic Society ought to be aghast at this negative publicity, don’t you think?].

Then of course there is the implication that the American justice system is so deficient that it cannot possibly be relied upon to operate and manage a suicide watch, or fairly trial an adult with Aspergers and that British justice can, eh? [Developed countries including the US have the highest rates of autism, so it is not as if they don’t know about it over the pond, is it?].

Repeatedly, criminals avoid extradition or deportation by our Courts accepting dubious assertions they will be badly treated if returned to their home countries or the place of their crimes – to add ‘our special-relationship’ America to that bag is nothing short of a disgrace, surely?

The Defence together with the vocal do-gooders like Liberty, who jumped to Love’s cause in the battle to prevent his extradition in respect of these grave allegations, made a big play of the fact that if found guilty he would be harshly punished in the United States but wouldn’t be here in the UK. They say it would be ”unjust and oppressive“ to extradite this alleged hacker.

Therein lies the truth, our justice system is so crap and our penal system so innocuous that it is no longer feared by criminals – so serious crime abounds and even convicted murders walk our streets instead of completing their life sentences [to kill again?]. Justice in Britain has gone out of the window at the behest of the human rights brigade, Howard Group for penal reform, prison reform trust, and wishy-washy liberals, aided and abetted by crooked lawyers working on behalf of rich powerful criminals.

Now in Mr Love, despite him being diagnosed with Aspergers, and being a serial educational drop-out, we don’t have a vulnerable waif of a child needing careful care and nurturing, but instead we see a man who has served in the Finnish army, became a conscientious objector, an activist protestor, one able to testify in open court, one capable of manufacturing a media public support outfit, a devious, articulate, TV camera performing, highly intelligent, coping adult, a university electrical engineering student no less, highly versed in computers, who has used his condition to shit from a great height on all those within the ASD spectrum, hasn’t he?

[It is said that the case was a test for a legal measure called the forum bar, which was introduced to stop vulnerable British defendants being extradited.

Love quoted outside Court “The reason I’ve gone through this ordeal is not just to save myself from being kidnapped and locked up for 99 years in a country I’ve never understood, but to set a precedent whereby this will not happen to other people in the future, and that if there is suspected criminality it will be tried here in the UK and America will not try to exercise its extraterritorial jurisdiction”. Sound like a very vulnerable adult to you, eh?].

Of course courts should take autism into account when someone is charged with a crime, but why should Love be treated leniently just because he has a level of autism – such disability doesn’t excuse criminality, does it? No, and not least since his diagnosis is one of being be on the “high functioning” end of the spectrum, which doesn’t even include crass behavioural issues, does it? Prosecuting the likes of Love is in the interests of justice and certainly not ‘oppressive’ as some would have it, is it?

It would appear that the main plank of his defence for his actions is that the US’s IT systems weren’t sophisticated enough to stop him, eh? That is like a career house-burglar defending against break-in charges by claiming innocence because the door locks weren’t strong enough to deter him, or an experienced habitual robber accused of a fortune heist from a bank vault, pleading not-guilty because the 50cm walls weren’t thick enough to stop him power-drilling an entrance and the safe not strong enough to withstand his Semtex high explosive, isn’t it?

Hacking and cyber attacks are serious and dangerous crimes, and as we have indeed seen in recent times in this Country, can lead to destruction, massive costs, great harm done to the victims, and indeed without doubt deaths. They need to be prevented and punished harshly, surely?

Love has got his wish now to be tried in the UK, but nothing seems to be happening on that front, does it? Clearly it is going to be more difficult to get a conviction here, when American security and secrets are involved, and you can bet your bottom dollar that Love will be milking the autism aspect to the limit, and the courts will fall for it, won’t they?

[Some people believe autism should be indeed be accepted as simply a ‘difference’ rather than treated as a disorder and a disability to be shunned. Certainly, those that turn to criminality like all accused should be adequately supported within the justice system, but should not get-away lightly or with anything]