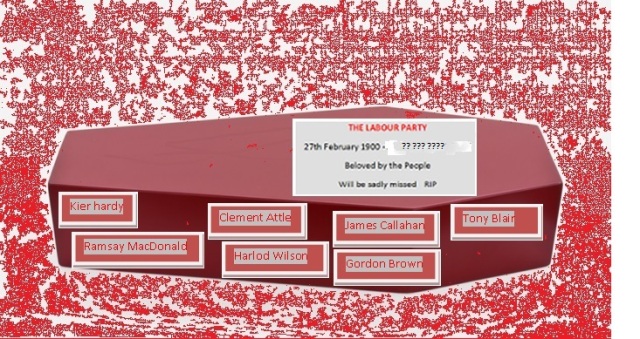 We have now of course all seen the outcome of the UK’s Labour Party’s performance in the two by elections last week, caused by their MP’s loosing heart and jumping ship to gain meaningful employment in the other world of paid work that takes account of successful ability and not just pontificating, eh?

For the record then;

In its Copeland constituency, Labour not only lost to, but were trounced by, the Conservatives after some 82 years in power there, thereby creating a memorable situation in politics, since an Opposition losing one of their seats to the government of the day in mid-term, hasn’t happened since 1982 (so 35 years then) – activists on both sides will likely remember the day forevermore, eh? However, it didn’t really come as a shock to us avid observers (and in reality not to Labour themselves), as the Tories have had Labour there by the tail for some considerable time and the appearance of ‘anti-nuclear’ Jeremy Corbyn on the scene as its leader, in a constituency reliant on that technology, was simply the straw that broke the camel’s back there, wasn’t it?

When it comes to the other one at Stoke–on–Trent, it has to be said though that Labour retaining their seat there was indeed a considerable success for them as it had appeared quite vulnerable when it suddenly came on the market last month.

It may well be however that is wasn’t simply a matter of Labour doing the right things [like moving an immediate writ to result in a short gap before election day – intended to throw UKIP onto the back-foot (successful as it turned out)], but that UKIP tripped-up itself and lost its footing, when it had a clear opportunity to seize the seat despite it being held by Labour for 67 years. The working-class Labour voters had showed disillusionment and disgruntlement with the party’s policies by overwhelmingly voting for BREXIT last summer, and certainly they felt bypassed by both Labour and Conservative governments alike for many decades, which have destroyed their community and way of life forever.

That made it ready for rich pickings by UKIP, but they blatantly screwed-up, didn’t they? While they undoubtedly had a serious problem in establishing that UKIP had a new role to play as THE representative of the working-classes in Stoke and overcoming a substantial Labour majority to do it, which was all achievable, they flopped because they trashed the brand, didn’t they?

Previous leader Nigel Farage built up the credibility of his party not only by successfully creating the opportunity for BREXIT, but by himself presenting as a man of the people (like him or NOT) and being one of the only people in current UK frontline politics to truthfully tell it as it is (well as he saw it at least), whatever people thought about it, so that is now what people are looking for and expect from UKIP these days, isn’t it? YES, but they didn’t get in Stoke, did they?

Now what you need to understand is that if there is one thing that the working man or woman values ‘above’ credible loyalty, it is basic honesty, isn’t it? Well they certainly did get it from UKIP’s candidate in Stoke and its new leader Paul Nuttall, did they? For reasons that are so far unfathomable to any of us, he falsely claimed a close linkage to those caught-up in the Liverpool fans’ Hillsborough outrage and its aftermath.

His porkees got him found out and labelled him as a liar, and as nobody loves or knowingly votes for a liar, those who MIGHT have turned -up at the polling station to show their ongoing support for BREXIT didn’t bother, and the turnout was direly low [only 38% and that only reflects that fact that voters there are utterly disillusioned as that followed under 50% at the last General Election (the lowest anywhere)]. That total failure to get the overwhelming mass of BREXIT voters out, allowed the diehard Labourites to get their remainer man elected, indeed with a credible majority under the circumstances as well, eh? So well done them, wouldn’t you say?

Mr (as it turns-out nutcase) Nuttall changed his dress-style to blend in he expected, with the electorate of Stoke, so the usual sharp-cut suit was out and in instead was the cloth-cap – did he not expect people to notice, eh? 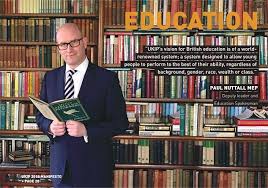 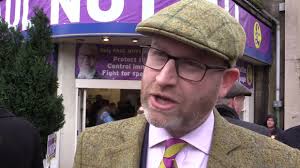 In Stoke, UKIP did no more than beat the Tories by a few votes again, and considering the considerable political opportunity presented there and its uniqueness (massively in favour of BREXIT), that is not any kind of progress, is it?

Not only has Nuttall failed to achieve an historic victory by gaining a Member of Parliament’s seat for his UKIP party that he suddenly leads, but he has destroyed its image in the process, so he has probably scuppered its chances of moving-on from being a ‘one trick pony’, or ever becoming the broad church political party that can appeal to the ordinary working people who feel let-down and abandoned by the modern Labour Party, don’t you think?

It had been trailed in the media that Corbyn would be in dire trouble if he lost either of these seats, but most of us knew that such predictions were total balderdash and that even if Labour had lost BOTH, he would still have soldered-on to the end regardless, and his echelons would have simply blamed all-and-sundry to protect their ‘supposedly iconic’ left-wing leader, they hadn’t expected to actually gain power in their wildest dreams just 18 months ago, did they?

NO, and despite Corby suffering an unprecedented vote of “no confidence by his MPs (after just ten months, indeed) he nevertheless got re-elected Leader by the general party – primarily due it must be said, to his acolyte but controlling left-wing activists behind the Momentum group that has been allowed to infiltrate Labour simply because the previous leader (failed Ed Miliband) opened the flood gates to those totally unrepresentative of traditional true Labour supporters’ values, didn’t he?

Now, let it be said that Corbyn is not a changed man in any respects, is he? No, a leopard doesn’t change its spots so he is exactly the same rebellious, trace-kicking-over, and striving to overcome Labour’s mainline socialism, Jeremy Corbyn, who has been in the Commons for donkeys years (34 to be precise) – “it does what it says on the tin” as the saying goes. The only difference is that he has now been put in the position of power to enact his entrenched views and he is doing exactly that with a vengeance – how the hell did he get there, and why the bloody hell did some misguided MPs not recognise the dangers and still coalesce in him achieving that, eh?

Left-wing socialism is akin to medicine’s powerful morphine drug, you see? It is not a cure for ANYTHING, but in small prescribed doses it can alleviate severe pain and suffering in certain circumstances, while in repeated or excessive dose it simply kills the patient – and so that is what is happening to the Labour party before our very eyes, wouldn’t you say?

The situation the Labour Party has got itself in now, is analogous to that of the packed stadium of long serving supporters of a football team, who have watch their beloved team playing ineffective rubbish for the first third of the season, with no strategy, no skill, no inventiveness, no spunk, and who are led by a wet-behind-the-ears manager with no coaching badges, who not only can’t attract good new players to the club, but he cannot even get the experienced best players to play for the first team so has to select the iffy untested reserves, and also when even existing lowly squad players are demanding transfers out, but furthermore he has lost the dressing room to boot. Pitch demonstrations to get the manager to resign, or indeed be sacked by the new owners have fallen on deaf ears, and the team is heading for certain relegation at the season end, when thereafter that they will no longer be a force to be reckoned with, nor have any influence on the football of the future, and will end-up bankrupt as well.

In the current game they some 6 – 0 down and it is not yet halftime, but these previously lifelong supporters have given up hope, and are leaving the stadium in droves, many to seek another team to follow and others so disillusioned to simply to give-up football team supporting forever and float with the wind. Most will not be returning even when eventually and inevitable a new manager is appointed – though that will be long way off and nobody experienced or credible will want nor apply for the job anyway, will they? You could say that is also like the miners fate following the leadership into the wilderness by strike mastermind NOT Arthur Scargill, don’t you think? [Oh yes, another supposed modern self claimed mastermind of the unions Len McCluskey of the Unite Union, has been and is the significant backer of Corbyn’s charge of the light brigade into the valley of death, isn’t he?].

Even Labour’s arch enemies, the Tories, while at first gleeful, are now embarrassed about the lack of opposition from our new ‘Zero-percent Labour Party’ because it has taken all the challenge and fun out of it all in Parliament for them, and indeed they have to suffer the humiliation of “taking candy off a baby” (as our American cousins’ idiom saying goes), don’t they?

[The long term members of the Labour Party (together with its supporters amongst us) will simply have to grieve for their coming loss, as the dark Grim Reaper has already called, or so it would seem?]