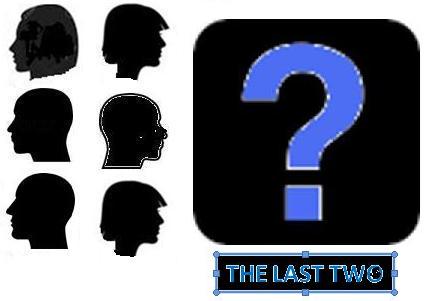 Next Tuesday 5th July the Conservatives MPs, 330 of them now, will start the dubious flawed route to select their new Leader to replace PM David Cameron, who has jacked it in because the UK electorate told him to get stuffed over his determination to keep the Country under the yoke of the European Union, didn’t they?

In simple terms there will be 3 ballots over a week (seems a bit bloody sparse time-wise, don’t you think?) to decide on their two preferred candidates to be offered solely to the Conservatives signed up members to decide by postal ballot on our next Prime Minister (seems a bit undemocratic that only 150 thousand individuals have paid-in to secure that massive right in a Country where near ‘thirty-one’ million voters at last year’s General Election actually put the Tories and Cameron in power, particularly when last week nearly sixty percent of them, at nearly eighteen million, have just told the Conservatives to sod-off on their ability to run this Country, wouldn’t you say? So 0.005% of our voters WILL decide on who is our next Prime Minister – not much of a mandate is it? That’s what one really calls the tail wagging the dog, isn’t it? Well that’s the way it goes, and there is nothing YOU can do about it mate, is there?

In each of these three ballots of Tory MPs, one hopeful will be given the black spot and sulk off. To be certain of getting through the First ballot the next potential PM needs to get a maximum of 67 MPs support, at the Second another 17 to make it 84 committed MPs, and in the Third and Final ballot another 28 to get the magical figure of 111 to their name to certainly be emblazoned in lights as the ‘possible’ next resident of No 10 Downing street

Seems quite simple doesn’t it? Yep, but it is not really, is it? You seen that before the start of each round there will be a lot of skulduggery going on with candidates and their press gangs going around trying to secure support, which involves in making promises of advancement all round – in general outside circumstances, that would be called election rigging or gerrymandering, but we are not allowed to accuse our swanky MPs of that, are we?

After each of the first and second ballots, of course the ditched candidate’s supporters will be seeking a new benefactor, but that will be further interfered with as some previously supposedly secured MPs will actually jump ship if they see a passing better one – that means therefore that candidates can’t really rely on taking forward all the votes they have from one ballot to the next, can they? You see the manipulations will continue, and as well we all know deep down, MPs are demonstrably not a very loyal or trustworthy lot, are they?

To be done properly and fairly and without as much ongoing skulduggery, there should be a SINGLE ballot with each MP having ONE vote on a single transferable voting system, so that on the first count (with 5 standing) the person with the lowest number of votes is eliminated and the votes transferred to next choices (leaving 4), on the second count another person is eliminated (leaving 3) and the votes transferred, culminating in the third and final count determining the top two hopefuls. That is the system that is widely sanctioned worldwide, isn’t it?

May has certainly secured a substantial early lead in terms of ‘declared’ supporters (if they are telling the truth, eh?), and has enough already to be sure of success in the first and second ballots, but nevertheless still needs some thirty more to ensure the same confidence for the final ballot (if some of the fickle MPs don’t switch before then of course).

The others are all a bit behind just now but it is only the first day, so with two thirds of the MPs still to raise their heads above the parapet, the game is far from over, isn’t it?

In the first two ballots Fox & Crabb seem the most likely to be eliminated, don’t you think?

[We will soon know the 2 names in the frame to become British Prime Minister after a visit to the Queen in a little over two months time, eh].