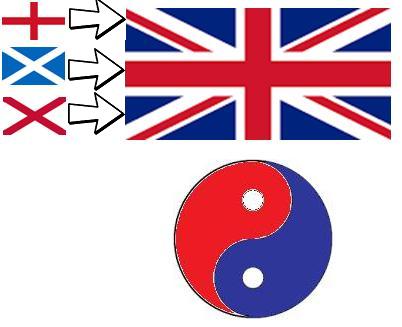 In the aftermath of the UK’s momentous BREXIT vote, let us not forget to deal with the non statesman-like First Minister of Scotland and SNP Leader Nicola Sturgeon, who still seeks independence for Scotland, yet wants to hand it all over to Brussels, and why is that, do you think? It is because the EU gives them aid as part of the thirteen billions our central government pays into the EU, and she knows she can’t necessarily rely on that being continued by the UK Parliament, don’t you think?

While Sturgeon may be a big noise in Scotland that is only because perhaps there are currently no other big noises around (are they all over the border in England?).

Before the Referendum vote there was a strong possibility that England would vote BREXIT only to be dragged into staying in the EU by Scotland’s remain votes – under those circumstances would Sturgeon have expected her votes to have been disregarded by Westminster, eh?

We have the spectacle of Sturgeon making vitriolic speeches telling us that she WILL NOT ALLOW Scotland to be taken out of the EU and the exhibition of her MEP lackey at the EU undermining the British decision to leave and treacherously seeking the help of the other 27 countries to interfere in our internal affairs. She has now embarked on a series of meetings in Brussels that are outside her remit and is a misuse of UK taxpayer’s money – she has even sought a meeting with the EU President, despite the fact that her Assembly has no direct connection with the EU and she is not even an MEP. It is about time that she stopped getting above her station, looked in her paperwork, and recognised that her powers are quite specific, limited, and are controlled by what is solely devolved to her by Westminster [and that doesn’t include the likes of international relations , financial and economic matters, and trade and Industry, all which have been specifically reserved]. She should also look at the Union Jack flag – it encompasses the Scottish flag which is inextricably incorporated into it. The Scots’ St Andrews flag is only significant when waved by supporters at Scottish international football matches – which they seem always to lose, eh?

She acts as if she had WON the referendum for independence – but she didn’t, did she? NO, so Scotland is NOT a separate Country whatever Sturgeon thinks, is it? Notwithstanding that, the very fact is that while the Scottish country as a whole is very Europhilic, nevertheless 4 out of 10 Scots who voted did want to leave the EU, so not everyone there is crying in their whiskey, are they?

Now, Sturgeon is determined to try to have another independence referendum, but she doesn’t seem to realise that the validity of such a process would be in the hands only of the UK Parliament – which under the Conservatives it will most likely not be minded to offer. The SNP lost the 2014 referendum simply BECAUSE the canny voters recognised that Scotland couldn’t survive financially on its own, and that was before the oil price collapsed – is she really naive enough to think that the same canny Scots are going to change their minds now that their economy is in an even worse state?

The SNP irresponsibly now wants to undermine the UK’s withdrawal process from the EU, when that is already problematical enough. That is a traitorous act and a breach of duty, so Sturgeon ought to surely be heading for a spell in the Tower at least, shouldn’t she?

Scotland for a long-long time has relied on being financially supported by the rest of the UK and our EU monies being returned as aid, otherwise perhaps half the population would be living in poverty, eh?

Scotland is a lovely place full of amazing people and one can understand possibly their annoyance that it is somewhere to park the UK’s nuclear submarines before we get rid of them entirely (hopefully?)?

At the EU, Sturgeon is on sticky ground because the UK is in the EU as a single unit, not a collection of four different countries, so we are now going OUT of the organisation as one. Only independent countries can join the EU (and the EU won’t bend the rules for sad cry-babies Scotland will they?), so the UK would have to split-up and give Scotland independence BEFORE they could even apply to join, and then they would have to wait years and use the euro if successful – by then Scotland will be defunct or the EU suffering the last rights, wouldn’t you say?

[The biggest risk facing Scotland is perhaps England taking revenge on Nicola Sturgeon, curtailing her powers, cutting her funding, or even throwing Scotland to the wolves]