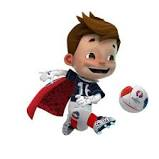 Once again Roy Hodgson had rejigged his format and fielded a brand new experimental starting line-up for England’s crucial ‘must-win’ knockout stage game against ‘out of its depth’ minnows Iceland. No one can any longer accuse him of being inflexible – just confused perhaps (he is nearly 69 after all, eh?)? He certainly had kept the opposition guessing, the supporters guessing – and without doubt HIMSELF guessing, don’t you think? Is that what the FA expect at a major final from a massively paid manager in his THIRD tournament no less –it is without doubt NOT what England’s disappointed followers had ever envisaged, was it?

Once again the manager has preferred to play a midfielder (Sterling) as a striker and a striker (Rooney) as a midfielder – perhaps his memory is going with age and he forgot his squad selections for midfield and forwards? Opening with ‘persistently in poor form’ Sterling is a sign of pig-headedness surely as he flopped in the first two crucial matches? At least Hodgson put on two strikers up front this time (Kane & Sturridge) and that gave us all hope, but we still don’t have a stable settled team, do we?

Hodgson seems to become increasingly delusional as he insists that England, despite coming second, were ‘clearly’ the best team in Group B – so why didn’t they show it then (one lucky win in three games?)? Before the tournament the manager insisted that England were poised to win it – that has to be a symptom of mental stress or something worse, surely? [or maybe that is why he was saving his ‘best’ team – for the FINAL, eh?].

This was the very last game in the Round of 16 so it determined the eighth quarter finalist, and everyone had expected England to secure that spot convincingly against an un- fancied Iceland side (by scoring well and winning by 3 or 4 goals or so like Belgium & Germany)

But it turned-out very badly in the first half with an extraordinary start as England get a soft lead through a penalty, but then allowed Iceland to actually equalise within minutes through what seemed to be unbelievable lack of team preparation for Iceland’s known way of play? Then England’s fragile defence allowed Iceland to take the lead, hold-off England thereafter, and go in at halftime unbelievably ahead – England having to come back from being down against Iceland for god’s sake!

It seemed to be a game of arrogant inconstant dejected professionals against a team of gifted purposeful dedicated amateurs, which was no contest in favour of the latter.

There certainly was an embarrassedly sense of disbelief that at the break that England was facing ignominious defeat, so the players needed to show heart with nobody hiding. Our expectation was that Iceland would tire in this half and be overrun by the sheer power of England.

For the second half Hodgson replaced Dier with Wilshire, but what message that was to give the team or how that was meant to improve the play, god knows?

After an hour’s play Sterling finally got the chop (again?) to be replaced with striker Vardy.

In further play England’s continued to underperform , fell apart and didn’t create, while Iceland didn’t wilt at all and even threatened dangerously to score again at times.

With just five minutes to full time, captain Rooney was substituted (again?) by rooky international striker Rashford, but that didn’t help did it – it was too late to avoid a wretched night an abject failure, wasn’t it?

Before the tournament started it was warned in these blogs that England’s in form strikers Kane and Vardy wouldn’t find it that easy scoring against top teams – but they never got that far as they didn’t even perform against the lower teams or even Iceland.

For the past three years this blogger has repeated reported that Roy Hodgson would lead our teams into the gutter – and unfortunately that has proved correct, hasn’t it?

A properly prepared manager going into a tournament after years of playing friendlies, qualifying and warm-up matches should KNOW his chosen team and his substitutes, and how to play them, and the PLAYERS should know it all as well and be confident in each other, having played well together a number of times. The manager should then bulk out his squad with cover players who can slot in and play the same way as the original choice without disrupting the rhythm, flow and harmony of the team when someone is injured – this means that these extra players are not necessarily the ‘next best’ in the position they play and definitely won’t get a game unless the first choice is injured or needs to be rested for some reason.

Roy Hodgson’s approach is uniquely different of course. He experiments with every combination of players and formats he can dream up at night. He keeps all the balls in the air and nobody has a cats in hell chance of knowing what is going on, including the players, who suffer utter confusion as to their role, where on the pitch they will be playing, what teammates they will play with, what the format will be, what strategy is going to be deployed, or what they have to do to keep their place – their confidence is entirely undermined, isn’t it?

In the first 3 Euro Finals matches he has fielded 3 totally different teams who have struggled to gel together, so the performances and results in Group B have been dire for one of six seeded Country.

In the follow-on knockout game he delivered yet another experimental side and this time against the smallest Country ever to reach a tournament final, and fouled it up again, didn’t he?

[While Roy Hodgson needs to be on suicide watch, the idiots at the FA who have given him three lucrative contracts, despite him demonstrably being a ‘loser leading losers’ should resign immediate and seek urgent mental health treatment]