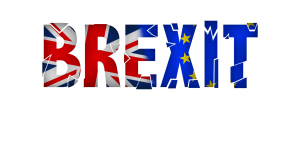 When it comes down to PM David Cameron it is the UK’s In-Out EU Referendum that has proved to be his Achilles heel, isn’t it? He made a massive mistake, when under pressure from his Party’s eurosceptics, in promising the British voters a referendum on sticking with our European Union membership or getting out – it has proved to be his short termism in spades, don’t you think?

It was a gamble with the Country’s future and we don’t expect a responsible PM to ever do that, do we?

There is no doubt in anyone’s mind that he would have got out of that silly promise over the three past years if he possibly could have, but he remained stuck with it, so he embarked on a quite ghastly course of action to deceive the British Public, didn’t he?

He has shown himself to be utterly ‘worthy’ of the unparliamentary language ‘dodgy Dave’ tag bestowed on him by Labour’s ‘beast of Bolsover’ renegade MP Dennis Skinner (which of course gets him kicked out of the Commons by the Speaker). Now however, the tables possibly will be turned, and it may well be that it is Cameron that is booted out this time, and by his fellow Tory MPs who are dismayed by his incompetence and even more disgusted by his behaviour and actions on dealing with the Referendum.

Cameron compounded his grave error in organising a Referendum by committing to ‘fundamental reform of the EU’ as this was total dishonesty at large rather than an ambition thwarted, don’t you think?

Last year when he actually submitted his demands for change to the EU hierarchy, they bore no resemblance whatsoever to what he had both verbally and electorally steadfastly had announced – and ALL eurosceptics were dismayed, weren’t they?

Most Brits would have ‘supported’ our ongoing membership of the EU if there had been even basic reforms that halted the progressive control of the UK, had curtailed the increasingly unfair financial contribution demanded of us, halted the unrealistic expansion plans, recognised that the euro currency had to be reigned in before it terminally poisoned even more communities, and not least modified and constrained the right of free movement.

The PM was indisputably publically warned by Boris Johnson that he HAD to secure substantive changes during his renegotiation – but he didn’t heed it, did he? No, and when subsequently Johnson after much soul searching decided to support LEAVE and fulfil his duty to his Country rather than loyalty to David Cameron, the Conservative Party, and the Government, he has been pilloried by Cameron and his allies with prolonged personal attacks on his integrity, and repeated devious accusations that he was putting personal ambition before responsibility and principles– the cap might well better fit on Cameron’s shallow head, perhaps?

Before he had entered renegotiations, out of Cameron’s mouth came the biggest unbelievable untruth we have hear from any British politician in modern times, when he told us masses that “I’m ready to lead Britain out of Europe” when all in the know understood he would NEVER do that, eh?

In the final renegotiations, Cameron had the rug pulled from under his feet by the Brussels group elite (not least by Angela Merkel head of Germany who are gaining the most by the ongoing strategies and running of the EU). During those discussions Cameron must have been well aware that he was going to come away with a pig’s ear, yet nevertheless there is documentary evidence that he was already planning to personally lead the Remain campaign – that is real subterfuge for you, isn’t it?

Despite the fact that Cameron achieved nothing and carried away dross from Brussels, he proudly announced to all and sundry (as we always knew he would) that he had had marvellous success – now as far as we know he is not delusional, so even his own supporters recognised that he was blatantly lying to the people.

The first thing he then did was to truncate by a third the timescale for the Referendum in defiance of the Electoral Commission, as he calculated that that would harm the Leave campaign – and so it proved as they being new boys on the block, it took them much longer than the establishment to get their act together, as is demonstrated by the earlier polls.

The next dastard trick he pulled was to deploy the Government’s money (our money), resources and machinery on the Remain side. This totally skewed the intended fairness that had been intended and planned by the official Electoral Commission, who indeed had the responsibility of choosing the organisations to promote Remain and Leave and granted them equal resources – little did they know or expect the very Government was to not only unfairly load-up one side but to lead the Remain camp itself, did they?

Then, Cameron used and employed the Government’s own resource capability to produce numerous official reports, using dubious and questionable assumptions, to scare the electorate that any decision to stuff the EU would have dire personal consequences for them all. They didn’t give us all any equally detailed financial predictions of what would happen if our peoples decided to stay-in the EU – so obviously they can never be held to account on that one in the future (and Osborne has a very poor track record with his previous predictions, eh?), if they fail to achieve it , can they? Of course there was no way could the scarce capability of Leave produce their own financial reports – so they could then be accused by Cameron’s crowd of lacking detailed plans, eh?

We encountered a electoral fiasco when some quarter of a million people absolutely failed to ‘register to vote’ by the legal deadline, but Cameron disgracefully cheated by extended it by a full two days so that those affected, who were likely to be young supporters of remain, could prop up his cause. This was an unprecedented intervention by the PM, as for example polling stations close at 10pm no matter what (or as another example, if you get delayed by traffic on your way to the airport, they don’t wait for you whatever – you miss your flight, don’t you?).

As the Leave support showed signs of surging, Cameron even orchestrated ‘threats’ to support ‘fear’, which led to the unedifying spectacle of his Chancellor George Osborn intimidating and ludicrously saying he was going to impose an immediate destructive budget on the Country if we exercised our rights in the Referendum to vote to leave the EU (and even his own Tory MPs reported that they would block such a move).

A week ago there was a vile violent murder of a remain MP, the very respected Jo Cox, which was carried out by a seemingly disturbed individual. The man apparently shouted out about putting Britain first. As many of us had immediately suspected, Cameron abused this tragedy and has subsequently led the Remain campaign, it supporters and its press, to implicate the Leave movement in this dreadful situation – that has been an unacceptable, repulsive and objectionable political cynical abuse of this admirable young woman’s loss of life

These are only some records of the dirty tricks that Cameron has pulled on the people of this Country to keep us in the EU. Whether or not he has succeeded in his quest for the UK to stay, will only be known in the following few hours – perhaps four?

Whatever the final outcome later this morning, I myself as a leaver, feel cheated of the fair level playing field competition and free individual vote originally intended, so if you like a bit like an athlete who faces a drug taking competitor who can achieve enhanced performance – just like the remainers are bound to do today, eh?

[Did you get your personal wish in this Referendum result then?}