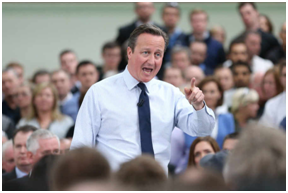 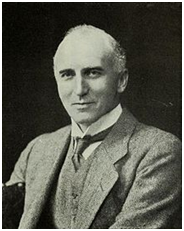 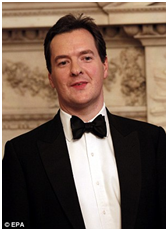 Back in the 1930s Germany under a powerful dominant Chancellor wanted to expand and take control over major parts of Europe and this later escalated into an ambition to takeover ALL the countries in Europe including Britain, and unite it politically and financially under their one power, didn’t they?

To avoid World War 2 the UK Government, unwisely or not, undertook a policy of Appeasement towards Germany’s demands. Major concessions were made to their dictatorial power (like without consultation giving part of Czechoslovakia to them), blind-eyes were turned, and the British public were hoodwinked, while Chamberlain announced in 1938 to all and sundry that he through appeasement had secured “peace in our time”. It didn’t take long for that bubble to burst did it? No, a year later a ‘state of war’ was broadcast on radio to the British people.

The person who led the Country’s despicable appeasement campaign was Conservative Prime Minister Neville Chamberlain, who totally believed in it, and he was ably supported of course by his close political ally and Chancellor John Simon (described by one as ‘a toad and a worm’), who you probably have never heard of? You see the policy itself relied on the misplaced idea that what was wanted then was ‘reasonable’ and when such demands had been satisfied, then the pressure would stop, eh?

Well, does the analogy with EU strike you at all?

We see at the EU, an authoritarian hierarchy with a powerful dominant German Chancellor at the helm, wanting to expand and control major parts of Europe and later to escalate that into an ambition to takeover ALL the countries in Europe including Britain, and unite it politically and financially under their one power, don’t they?

Apparently they say that to now avoid World War 3, the UK Government advise that we should undertake a policy of Appeasement towards the EU’s ‘reasonable (?) demands that include that we remain locked into or dragged into an EU agreement where political union and euro currency is their ultimate destination. Major concessions will need to be made to their dictatorial power (like without further public consultation giving EU membership to Turkey), blind-eyes will be turned, and the British public are to be hoodwinked, while Cameron announced in 2016 to all and sundry that he through appeasement had secured “a successful renegotiation”. It won’t take long for that bubble to burst will it? No, if you vote to remain in the EU, even a year later you will see major developments in the EU that you, as well as our government, will be powerless to influence – it may not be exactly a ‘state of war’ or be broadcast on radio to the British people, but life as you know it will end, won’t it?

The person who is leading the Country’s destructive appeasement campaign to stay in the EU is Conservative Prime Minister David Cameron, who ‘says’ he totally believes in such an unreformed EU, is ably supported of course by his close political ally, godfather linked together, and Chancellor George Osborn (described by one as an ‘arrogant posh boy’), who you probably have been sick of hearing of? You see the policy itself relies on the misplaced idea that what is wanted of the UK now is ‘reasonable’ and when such demands had been satisfied, then the pressure will stop, eh?

Will this pair also join in history the scroll of ‘guilty men’, OR will the British people rise-up off their knees from under the establishment’s torrent of lies, and vote for BREXIT on 23rd June?