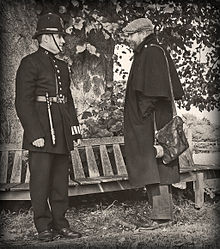 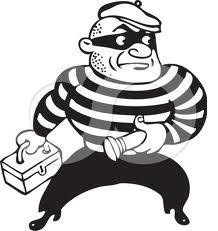 Time after time after time, the Police get exposed as an organisation that abuses its undoubted power as it suits them when the chips are down. Then so called “Policing by consent” becomes an aspiration phrase rather than an actuality, and their integrity & accountability goes to the wall, doesn’t it? Many people, who have had any dealings with the Police or have even basic knowledge of what goes on, will know that they are anything but trustworthy when their needs must. We are not talking here about the opinions of the habitual criminals or those normally straight who cross the line and break the law, but your bog-standard Joe Public. Most of the time and in most circumstances, even when dealing with persistent wrong doers, our Police men and women exercise sound judgement, use minimum force, uphold the law fairly, are fastidiously polite, respectful, correct behaving, and supportive to the public, as well as being brave, self sacrificing, resilient, and strong characters, aren’t they?

It is when things somehow ‘go wrong’ when there has been adverse Police involvement or failure, possibly through overwork, incompetence, inefficiency, or perhaps even misfortune, that the deficiencies of our beloved Police rears its ugly head doesn’t it? That is when their organisational institutional self protectionism kicks-in, so their behaviour becomes either unacceptable or even illegal, and the subterfuges and lies burst out, isn’t it? Over past decades some scandals and incidents certainly see the light of day, but never get properly dealt with nor resolved, and we know that they are the visible tip of the iceberg, don’t we? We have seen plenty of evidence of systematic failures including institutional racism, haven’t we?

This is not a trait unique to the Police of course, as it is a dire affliction that we see all too often in other large setups which operate in splendid isolation with a significant power and influence to defend, when they are only up against inadequate controlling forces, isn’t it? Glaring examples include the NHS, the Armed Forces, Political Parties, International Corporations, Sporting Authorities, the State, the Government, and not least the Church, eh?

The current media grabbing distressing example involving Police is that concerning the unlawful killing of nearly a hundred individuals, and seven hundred-and-seventy others injured some very seriously, at Liverpool’s football match inside the Hillsborough Stadium in Sheffield 27 years ago. It has finally been proved that avoidable and negligent mistakes made by senior Police officers and others resulted directly in this tragedy,. After a 2 year long trial, the truth of what went on has at last been verified, despite the Police’s diligent and prolonged efforts (not least by East Yorkshire’s Chief Constable) to achieve a further miscarriage of justice to supplement the previous cover-ups of their dreadful professional failures and blatant criminal fabrications and misrepresentations to escape exposure of their misdeeds.

To anyone who has any doubts, let it be said now that whatever transpires in the ongoing months, whoever lands in the dock, whether or not anyone lands up in jail, the bulk of those culpable will escape justice, won’t they? Furthermore, you can have no or little confidence that anything will have changed and the gun remains primed for it all to happen again in the future.

Is there any chance of changing this organisation, and bringing in true reform? No, not under current circumstances – there has to be a fundamental restructuring without silly ineffective ideas like the of introduction of elected crime commissioners, and not a tinkering about with so-called re-education programmes to ‘learn the lessons’, which have failed to be learnt time and time again (like on Domestic Violence & Abuse, Operation Countryman 1970’s corruption, Jimmy Savile, Stephen Lawrence, Lord Jenner, Rotherham child abuse, Phone hacking, North Wales child abuse, Georgia Williams murder, Ian Tomlinson unlawfully killed, Mark Kennedy covert false persona, Plebgate), or even merging some Police forces (has been mooted in South Yorkshire’s case?).

The existing currently underfunded territorial Police organisation under increasing pressure, has to be split up so that we no longer have only a single law enforcement function in the UK capable of investigation and action which inevitably leads onto the unimaginable power to control (not least referral of the of their investigations’ results upwards towards the courts), and subsequently as well have regularly experienced, to act as judge & jury when the police service themselves are involved – which has the ridiculous and bizarre outcome that they even investigate themselves when wrongdoing is suspected, eh?

In modern times the Police structure is well out of date (despite reviews just a decade ago) and a fundamental revamp is highly desirable – we now need to have two independent law enforcement agencies with their own priorities and a basic division of responsibilities and activities between them.

One set, a large sized  Regionally based (total 15 with 8 in England, 4 in Scotland, 2 in Wales, 1 in NI) set-up to replace the current illogically fragmented structure (some 45 units in England alone) and dealing say with UK based criminals’ activity, to pursue perpetrators and bring them to justice, crime prevention, preservation of the Queen’s peace and maintenance of public order, protection of private & public individuals’ lives and property, defence of community facilities, and help to the community including policing public events.

A second set, a UK wide role without our country or regional boundaries, overseas facing, focusing say on counter terrorism (in conjunction with security services), organised foreign criminal gangs and the like [whose criminal activity in current times are swallowing-up excessive resources and strangling community policing that it was originally set up to deal with by Robert Peel nigh on two hundred years ago. (The international criminal networks, particularly from the EU, are involved in activities such as drug trafficking, money laundering, credit card fraud, lorry and car ringing, document forgery, counterfeiting, trading in stolen antiques and works of art, people smuggling, and prostitution)], investigating disasters, as well as deterring major threats to public safety.

Boundaries and task responsibilities between the two sets will of necessity be blurred (as it is already with private security services), and that is all to the good. We desperately need to put a stop to our Police’s abandonment of dealing with so called petty criminals and trivial crime, in favour of targeting serious crimes, and remember the edict that one thing leads to another (‘broken windows’ policing). We have to stop our law enforcement agencies being overwhelmed by crime, so recognise and remedy the fact that the growth of population has not been matched with increased resources. We have to take action to halt the growing prevalence of street crime (robberies) and unacceptable rises in crime generally. Moreover, we need to invoke multi-agency application to community crime problems so that the Police are not unsupported except by the likes of Neighbourhood Crimewatch, eh?

[The law-abiding citizen and the rule-respecting population or Britain deserve more adequate policing against the criminal classes and the offensive behaviour of an increasing number of miscreants committing crimes, who then escape appropriate punishment by society – surely that requires urgent action, doesn’t it?]]