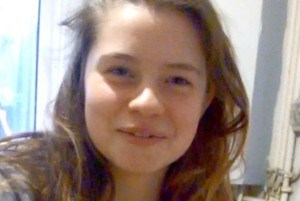 Nathan Matthews has been on the stand for the third day – his crying act, head hanging, and hand wringing continues apace. He admits he has shown no remorse for killing Becky Watts or expressed sorrow to her family for it, nor tried to even contact them.

We are going to learn nothing about the truth while this scumbag excuse for a human being is giving evidence under cross-examination, will we? The Court has been told by the Prosecution that his detailed account and story was complete nonsense – which of course the serial liar denies. He has told the Court that he has a medical physical condition that even prevents him hanging out washing – yet he says he was able ‘unaided’, despite his small stature, to move Becky’s heavy body around and to cut it into pieces in a bath without leaving any trace of damage – all unnoticed by the house girlfriend who was his constant companion? It looks though as if he may be finished on the stand now.

One puzzling matter arises over the charges against Matthews, doesn’t it? There was both premeditation and planning to commit the Common Law crime of kidnap on a vulnerable victim using illegal weapons, handcuffs, a taser stun gun, and violence, without any mitigating factors. There can be no doubt that this was a really serious offence, apart from the fact that it ended with the killing of the innocent victim, and involved an unbelievably terrorising ending episode to young Becky Watts’ life. One might have expected Matthews to get sent down for up to ten years for that crime alone – on top of what he gets for the actual killing itself.

However, Matthews for some unfathomable reason for the layman, has not actually been charged with kidnap, which he has confessed to undertaking, but with Conspiracy to Kidnap. The implication is that, despite the evidence to the contrary, the lawyers think he didn’t sufficiently ‘complete’ the act (because he had killed Becky in the process) – but surely certainly he is guilty of ‘attempting’ to commit the offence and it can be proved that he was undoubtedly reckless in the process? Unquestionably that lack of charges also means though that the Prosecution have now to prove, for conspiracy, that he was acting in conjunction with and with the specific agreement of, his girlfriend Shauna Hoare (who denies that and all other charges against her). So far there apparently has been no evidence presented of conspiracy (other than implications), so how are the Prosecution going to get a conviction against either of the pair on that one – so will Matthews now simply escape punishment for kidnap?