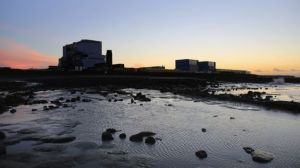 It can have escaped few people’s notice that the inscrutable Chinese president Zi Jinping was yesterday commencing his State visit to us in the UK, can it? It included of course a ceremonial welcome, a massive gun salute, a Buckingham Palace visit to the Queen et al, and even an address to both Houses of Parliament, no less.

Indeed, it follows-on from Chancellor George Osborne’s recent tour around China last month, when he announced to the World that the Chinese were going to be invited into our fold to build our next generation of Nuclear Reactors, eh?

Well, what is all this about then? Isn’t China a single party undemocratic state, ruled viciously by dictate and an unelected authoritarian executive, which seriously denies its peoples human rights? Isn’t it an aggressive dominant country of massive and growing military power that abrasively seeks to takeover other lands? Furthermore, is not the slowdown of China’s economy and slump in activity causing major problems in the World, like creating overcapacities (and dumping) that are decimating our oil business and steel industry? Are not our fearful Australian cousins desperately modernising and shoring-up their defences in response to China’s regional ambitions and push into the South China Sea? Does not China stand seriously accused of making cyber attacks on other countries’ business and infrastructure computers, particularly evidenced in the US and India? Surely also, China is a thorn in all our sides at the UN where their power of veto stops in their tracks major resolutions supported by the majority? Aren’t the Chinese communists who like the Russians hate us Western capitalists? Don’t they threaten our democracy and very freedom? Aren’t they of a culture and of values that we equally despise? Didn’t they break-off relations with the UK for years because David Cameron gave the time of day to the Dalia Lama of Tibet?

So what are we doing trying unashamedly to get into bed with these people, for goodness sake? Well, China is the future they say – the future for TRADE that is! If Britain is to survive economically we have to dramatically increase our export performance (not simply reduce imports which can have a negative effect) and that is not going to be within Europe, is it [exports dropping like a stone – down from sixty to less than fifty percent these days]? No, Asia is the market for the next decade – they have a lot more people you see, so present a phenomenally giant market and great potential to replace our traditional partners, don’t you think?

Oh yes, we need to secure them as a trading opportunity. But what is this all about them being handled our destiny by inviting them to design & build our Nuclear Power facilities? Unwisely and unbelievably, we British want to have nuclear power, but now have lost our previous skills and facilities to actually do the job in hand ourselves – but does that mean we should hand responsibility over to those you cannot and should not trust? We think NOT, perhaps?

Neither is it proposed that any technology transfer would be involved, so we will never know how things work, or be able to look after them ourselves – it is one thing to be in that situation when we go through the Americans, but the Chinese?

The conventional way of delivering a nuclear bomb is by immediate & urgent action using a intercontinental ballistic missile – but if you deliver the bomb years in advance so you can set it off if you ever want –is it called a nuclear power station that you can control?

Instrumentation and Control systems are the lifeblood of the modern very large and powerful Nuclear Power plants, with complex Core handling requirements, and the I&Cs are controlled by digital computers, you see. These systems are vitally important – particularly in abnormal and emergency operation, but it is the programming of the computers therein that is the Achilles heel. Programming can and is changed by hackers – people who get access with no right or direct knowledge of the computer attacked. How much easier it will be for the Chinese to alter the operation of computer systems that they have designed, built and installed themselves in our Nuclear reactors, eh? It should be quite easy-peasy for them to halt operation or blow-up the whole thing, don’t you think? That is good security, eh?

An out-of-control nuclear plant could go off like a nuclear bomb and we already have warning examples from accidents around the world – dozens of major incidents including full meltdowns. Some thirty-five years ago we saw the US have the Three Mile Island meltdown of one of its reactors when mechanical, system, human, and monitoring failures allowed the accident to develop into America’s worst commercial nuclear plant debacle. Nearly a dozen years ago, Ukraine under the USSR experienced the most catastrophic nuclear power plant disaster ever at Chernobyl when an explosion and fire released an enormous quantity of radiation over much of Europe. Four years ago, there was the Fukushima Daiichi nuclear disaster in Japan – three nuclear meltdowns and release of massive radiation. Closer to home in England, over twenty years ago now, we had a three day major fire at Windscale, our ex-atom bomb nuclear facility, causing widespread radioactive contamination across the UK and Europe.

[Do we British really need to prioritise China’s money and expertise more than worrying about the regime we are dealing with, and the major risks we will be taking?]