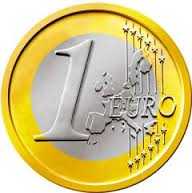 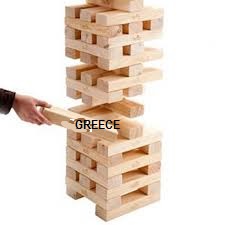 There are currently two major EU items in the news, aren’t there?

First and foremost there is the Greece massive debt crises and their desperate attempt to see off their creditors and halt the devastating drowning austerity that has brought their lovely country to its knees.

Then there is Britain PM David Cameron’s predicted vain attempt to renegotiate our terms of EU membership, now continuing at the latest European summit of twenty-eight leaders in Brussels. No one has any idea on what Cameron is even proposing or would accept (least all the other leaders) , as either he doesn’t know himself or he won’t say because he can’t be seen to fail, eh? What we do know though is that the essential reforms that most euro sceptics demand will require Treaty change, and that there is absolutely no chance whatever of that happening – those that believe that viable are living in cloud cuckoo land, don’t you consider?

The Greece situation is dire for the Euro. The Greeks were seduced into the currency and it has cost them dear. They now have an un-repayable national debt and the blackmailing debt collector is at the door – they are a bankrupt nation. They didn’t qualify to be in the Euro and should never have been allowed in, should they? Their bad governments have consistently failed to get people to pay their taxes there and to compound all their financial indebtedness they reducing the pension age to a ridiculous fifty-five years.

This is no longer a Greek financial crisis though, it is has now become a bloodthirsty political conflict, hasn’t it? Time is running out to reach an agreement to placate the creditors but an empowered set of Greeks are attempting to face down some unpalatable gangs of lenders. The Germans, who have most to lose in the demise of the Euro, led by powerhouse deadpan Chancellor Angela Merkel, nevertheless leads the oppressors. The last ditch attempts by the Greeks to compromise and advert financial default on loan repayments are looking fraught, but even if there is a twelfth hour reprieve it won’t be the end of the matter, will it? No, however much other countries try, Greece is going out of the Euro, as many of us predicted a year or more ago, wouldn’t you say?

The Euro is a fragile facade and the EU made a crucial mistake in inventing it and propping-up the whole European structure with it as a crucial load bearing lintel. Even the loss of a tiny non-entity EU member like Greece will bring the Euro crashing down like a collapsed pack of cards. The scene will be then truly set and the bigger players will follow suit to be dragged over the edge of the same precipice. So the even ‘in greater trouble’ Spain, Italy and Portugal will go to the wall financially as well, surely? These structural members of the EU organisation will be lost and bring the whole lot crashing down like a unstable tower of Jenga.

Cameron’s bacon will be saved because the European Union is heading for the abyss and its break-up will overshadow his futile renegotiation attempts. Nigel Farage and his UKIP organisation will nevertheless be gutted as they won’t get their much needed referendum boost (win or lose) and their bubble will be finally burst – a political party then consigned as irrelevant to the non-recyclable waste bin.

What the British public haven’t been told either is that the EU relies on our import market but our trade exports into Europe are dropping like a stone, and are now well below fifty percent for the first time. The scaremongers who claim we can’t survive without the EU keep all that hidden of course – we have to find other markets for our goods and services anyway. Europe will not go away as a market even when the EU bites the dust in the next few years, will it?