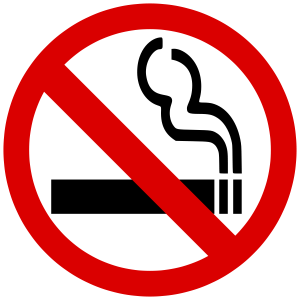 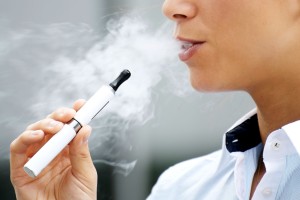 Oh yes, to avoid any doubt here we are now talking about the tobacco industry’s barons in particular, but also of course about their employees, promulgators, fellow-travellers, apologists, smugglers, and counterfeiters. These cretins involved in that vile pseudo-legal drug trade pull in their millions & ill gotten gains, as their ignorant victims stupidly trundle onwards in their sad journey, mostly oblivious to their fate, with lives heading progressively towards increasing illness and finally painful expiry.

Tobacco is simply a plant that successfully grows particularly well in certain hot countries like America, India, & Turkey, isn’t it? Yes, but [similar to some other plants like cannabis (marijuana)], it when dried and smoked provides users with a powerful stimulant (in this case nicotine) that latches onto the brain causing feelings of well being as it acts on the central nervous system – it then becomes mildly addictive (which means you crave it & your body demands it).

Now that is not good news is it, but worst is to come – using it can seriously give you cancer can’t it? Plus illnesses of lungs, liver, heart, brain, as well as those widespread body cancers, all resulting from this addiction [lung cancer remains the one ‘incurable’ disease in the world]. Tobacco causes some 6 million preventable deaths a year worldwide, while the cruel peddlers make multiple thousands of millions of pounds out of their misery. A billion adult people (a third of the World’s population), are still using tobacco, and therefore heading for an early grave.

To fully understand the criminality of it all, you just have to look back in history, don’t you? Indeed to the time when British scientific research in the 1950s (after twenty-five years of clear suspicion, when the tobacco barons always countered with ‘there is no evidence’) finally proved that tobacco was a key cancer driver. The tobacco criminals then did everything in their power, everything that tainted money could buy, everything that devious tricks could pull, to hoodwink the general public into carrying on down the road of use & death.

They have since spent the last half century fighting a rearguard action to keep peoples ‘ill-informed’ & ‘addicted’, so as to retain sale volumes and high consumption of their killer weed product (it is Britain’s BIGGEST cancer killer as well as creating illnesses costing us five billion pounds a year). They have fought tooth & nail against EVERY single measure to reduce smoking and its effects – like stopping workplace smoking, packaging health warnings, controlling smoking in public places, curtailing promotional advertising, hiding retail displays, and latterly plain packaging.

The tobacco killers have moved on from the more knowledgably developed countries like ours, to seduce the populations of less sophisticated places which have corrupt political societies that do nothing to protect their vulnerable people.

Oh yes, people DO get banged-up for tobacco offences – avoiding tax duty, smuggling, counterfeiting, selling to underage children, stealing it, and the like, but certainly NOT for killing , destroying lives, and maiming people – why not?.

So has the tobacco industry thrown in the towel now and tried to make amends? Dream on everyone. They remain as aggressive and devious as ever, don’t they? Their main focus now is on vulnerable teenage children – you see if you can get them hooked when they’re young and impressionable, you have virtually got them for life, haven’t you?

The tobacco firms are today using the subterfuge of ‘e-cigarettes’ to reach our youngsters. These e-cigs are pretend cigarettes that electronically vaporise liquid nicotine (so don’t produce normal ‘smoke’), and are supposed to be a crutch to wean long term smokers off tobacco use. Why then, you might ask, would the tobacco producing companies ever be involved with a non-tobacco product, investing their considerable resources and effort in the manufacture, distribution, and widespread aggressive marketing of such e-cigs – which are intended to stop smoking? Simply because it is an efficient & effective way of reaching our young people and getting them hooked on nicotine (and in the end smoking tobacco or using tobacco products of course). One in six teenage e-gigs triers were actually non-smokers before – it has become a sick (cool) cult for our young you see?

Over the past few years the tobacco companies have all invested massive fortunes and got heavily involved in the explosive e-cigarette phenomena (millions of users already in the UK alone) – the major tobacco players like BAT, Lorillard, JTI, Imperial, PMI, Altria, RJ Reynolds, etc; so we see increasingly aggressive ‘big tobacco’ battling for this fast-growing e-cigarette market to gain market share. We all know why they are doing it though don’t we? PROFIT AND KILLING.

These e-cigs are nowadays packaged in attractive child friendly vivid colours and come with assorted flavours that will appeal to young adolescents (like peanut butter, bubblegum, candyfloss, gingerbread, blueberry, chocolate, and the like). How can that be justified?

We have no idea of the long term impact of the other toxins ingested through smoking e-cigs, or indeed the consequence of early nicotine use on the still developing & susceptible young brain – but a good guess would be that it is not good news, wouldn’t you say?

So are e-cigarettes already themselves seen as really dangerous to health then? Well, most likely ‘yes’, but as the favourite mantra of the tobacco companies goes ‘there is no evidence’– YET! You can bet your bottom dollar though that when our scientists do come up with the evil evidence, it will be hotly disputed by the tobacco outfits, before they finally succumb and rely on the claim that “WELL, e-cigs are less dangerous than tobacco cigarettes”, followed by “stopping people smoking is an abuse of civil liberties”!

In Britain the majority of the population want to bring back hanging – why don’t we start with the tobacco barons, eh?

[Over some ten years ago the Himalayan kingdom of Bhutan became the first place to impose a ban on the sales of tobacco. No one else has had the guts to take-on the tobacco industry, let alone bring charges against their leaders – why is that? Because they are too well connected & commercially powerful perhaps?].