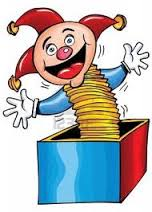 Well, well, well, George Osborne presented his last Budget of this Parliament. like a magician in a black cloak, pulled comatose rabbit after rabbit out of a top hat to the tumultuous applause of his Conservative parliamentary honourable friends (MPs) – mind you they would have cheered if he had announced that they were all going to be executed – the MPs on the Labour benches all booed just as loudly of course (that is modern politics in the UK, isn’t it?).

Cocky, strutting Chancellor Osborne certainly made an astonishingly arrogant speech, explaining how he had saved the Country, and how wonderful he had made life for the British peoples over the past five years of his tenure of the Treasury. It was so astounding and unrecognisable from the reality of a bad situation experienced by the general population, that many outsiders watching thought that April 1st had come two weeks early to the day.

He even puzzlingly claimed we were now paying our way in the World – what in hell was that supposed to mean when we continue to borrow (ninety billion pounds next year alone) from the international finance lenders, and are still desperate to find export markets?

In the cold light of day, the Tories’ saw that their desperate hope ‘eureka moment’ was dashed –  needed for this Budget, a mere ninety days before the General Election, to galvanise their re-election campaign. There must now be a real danger of widespread flash floods, as the tears from the doorstep hopping devastated Conservative MPs and candidates will swamp the land? It looks to have been an opportunity bizarrely missed, because their election fat controller Australian guru coerced Osborne to simply show a steady hand, no screw-up as before, and to focus on the priority to scupper Labour’s election attack. So he announced actions that will splinter a main plank of Labour’s manifesto – that of denigrating Tory plans for austerity permeating the next five years and ending up with a ‘twenty three billion pounds’ surplus (facts disclosed in Osborne’s last Autumn Statement budget).

In only the three months since December it has all changed though, and Osborne has now shown his willingness to mess about with the National Accounts by switching off austerity earlier, thereby dropping his planned surplus by ‘sixteen billion pounds’ – those from the economic camps can see no logical reason for this u-turn other than political games (it certainly negates Labour’s complaint of excessively long austerity).

Osborne continues to focus the economy on debt recovery whereas other countries and economists are more concerned these days about growth – and the Budget does nothing to secure growth does it (borrowing can be covered by growth)? He claims the sun is shining – if you think so look out of your window tomorrow morning as it will be quite dark for a few minutes (a partial lunar eclipse maximum at about 9.30am but DO NOT LOOK AT THE SUN).

What our George didn’t admit however was that his latest spending plan was seen as a ‘roller-coaster’ with real spending squeezes of ‘more than’ anything seen over the past five years, followed then by the ‘biggest’ increase in real spending for a decade (just before the following election?). Neither did he provide Parliament (nor indeed the OBR) with any details to show how he would raise the money for his fragile plan. He forecasts a twelve billion pound cut on Welfare and nobody believes that is possible do they? You can safely put your money on at the bookies for a VAT increase don’t you think? [putting it up is simple and effective; raising it one percent to twenty-one percent will generate tax income of some five billion pounds Osborne needs – sod the curbing of consumer spending and the risk to growth, eh?].

In his diatribe yesterday George ‘boasted’ about reducing the annual Deficit, which has certainly gone down (but only by under half) using drastic & swingeing cuts that have not only decimated growth but also have driven down tax revenues and driven up welfare costs for those so affected. He certainly didn’t highlight that his Plan A to totally clear the deficit, as he had strenuously committed five years ago, had failed miserably  – a failure which has resulted also in him doubling the UK’s National Debt – an understandable omission?

Despite his modest degree in modern history from Oxford George doesn’t seem to see or understand that the global financial crisis was caused by a burst housing bubble funded by the Banks. Despite the fact that his government has built less houses each year than since the 1920s, he previously boosted housing demand by giving a massive amount of our money through the Banks to both first time and rich buyers (some of those indeed buying a second property). Despite the fact that house prices had risen by another eight-and-a-half percent last year on top of increases EVERY year of this Government, he has now announced a further tranche of taxpayers’ money to contribute to better off first time buyers’ deposit savings (not many average workers have a spare two hundred pounds a month to save from their earnings, do they?).

He certainly thought he could please the working classes by reducing the price of a pint of beer by ‘one penny’ – but he didn’t mention that the breweries will simply be putting it back up again – as they did last year and the year before that, when he put the duty down by the same amount [The pubs don’t muck about with a penny though do they? No they will simply add ten pence to the pint in a few months time].

He seems to have had an Ed Miliband moment, as he must have forgotten to mention the NHS and the UK’s ongoing health care failures – well he can’t be expected to pump-in more money if the Tories are going to continue to move services into the private sector, can he?

Another thing he didn’t mention was the disastrous performance under his watch, of our beloved Country in the World’s Sports arenas!. In Cycling we had the worst performance of Great Britain in fourteen years in the Track Cycling World Championships in Paris – not a single gold medal,. While in our national game of Cricket, England last year lost the Ashes 5-0 in Australia and this month exited at the Group stage in the one-day ICC World Cup – including us suffered the biggest ever defeat in English history. In Boxing’s Monte Carlo World Championships, England’s big hopes crashed out with flawed performances, and out of eighty-five World titles Britain now holds only two. Our only top Tennis player Scot Andy Murray couldn’t even put up a decent challenge in last month’s Australian Open final. In the ‘beautiful game’ of Football, all our teams failed miserably in last year’s World Cup in Brazil, and this month none of our teams got further than the last sixteen in the Champions League Cup.