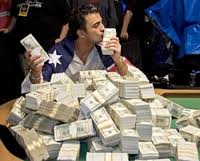 The wealth of the UK is increasingly being concentrated into an elite few – the rich are basking in getting exponentially richer, the poor are hiding in the increasingly bigger gutter, and those in the squeezed middle are progressively burying their head in the sand hoping their living standards will rise.

Wealth is not simply about money is it? No, it is also about liabilities as well as total value including income, lands, houses, cars, boats, planes, jewellery, personal valuables, investments, savings, businesses, and not least of course art.

There is an increasing tendency for the powerful elites’ wealth to be inherited and for it to be used as a lobbying tool by these rich to further their own interests.

We have all dramatically underestimated the current level of inequality, but we nevertheless had expectations for the gap between rich and poor to shorten didn’t we? We were naive. The current wealth gap generates inequality of opportunity in our society, doesn’t it? We have been badly let down by the policymakers, and our most powerful economic, business and political leaders.

The Conservatives from PM Thatcher onwards and those at the top of the pile have tried to placate the rest of us with the concept of ‘trickle-down’ economics. They say let the rich have the wealth and some will drip down the chain through different segments to the poor. What a joke, eh?

The economic miracle promised by the current government didn’t materialise, despite austerity, did it? In the past six years the richest one hundred families in Britain have seen their own wealth increase by at least fifteen billion pounds, and they alone have grabbed as much wealth as about a third of UK households combined, while ordinary families, as we know, have seen only small income increases (and many people in the labour market are in two jobs to survive). There has been a painful squeeze on living standards while there has been a massive increase in the value of assets such as property and shares, owned by the rich,

The never-ending government promises of a clamp down on tax dodging by corporations and rich individuals never come to pass do they? Apple/Amazon/Google/EBay/Starbucks/Facebook are just six that offload their UK sales to tax havens so pay virtually no tax on sixteen billion pounds of UK sales – why?]. It can’t be a very fair income society where routinely the company bosses earn more in a hour than the average employee can get by working more than a month.

But what does such inequality actually do to our Country then? Well apart from inequality being a destructive and growing social problem, it holds back, inhibits and slows short & long term growth. We have had rising inequality now in the UK for twenty five years – losing us some estimated ten percent in growth.

Income inequality has a particularly significant impact on growth – why is that? Because of course the wealth simply never sees the light of day – it becomes squirreled away, locked-up and hoarded-hoarded-hoarded, so it never benefits the local community or national economy does it? Inequality of income at the bottom hampers growth most because the poor spend every single penny they can get their hands on, so it all goes back into the economy, and when their money is sparse so is growth. The rich never recycle their riches do they?

This is not just a UK phenomenon of course is it? No it is happening in all major places like America and others around the globe. The top one percent of individuals owns half the world’s wealth. The eight richest people in the world own more than the three and a half BILLION people in the poorest half of the world. Statistics certainly, but is sends a message to us all, surely? The world is walking a dangerous tightrope and the message is that rising inequality is dangerous. Addressing high and growing inequality is critical in promoting strong and sustained growth, and unchecked inequality will not only damage the world economy, but is extremely bad for public administration because it leaves populations voiceless and their interests abandoned.

The gap between the richest and the rest is widening fast and the scale of global inequality is already staggering. We need urgent policies that reverse the exponential rise in such inequality.

Countries apart from the UK estimated to have suffered major percentage growth reductions, due to rising inequality, include the United States, Mexico, New Zealand, Finland, Norway, Sweden and Italy.

Is there an answer to all this then? Yes, but it requires a dramatic change of direction. The increased concentration of wealth seen since the last recession was dangerous and needs to be reversed. Government transfer of a greater proportion of the County’s wealth to the lowest-income households is critical now. At long last the tax burden has to shift from labour and consumption towards capital and wealth, surely? Higher taxes systems then for the rich (with higher top rates of income tax, and no tax breaks), together with wealth removal, is the only way that the population in the bottom half of the pile can recover.

[It’s NOT going to happen though is it? No, those at the top, the richest, rule the roost, and they are not going to let the system go that got them there – so even the socialists daren’t take them on, do they?]