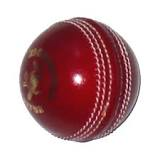 A young Australian international cricketer has just been killed. He was felled by a cricked ball. His life was ended prematurely by a ball deliberately bowled at him at head height to intimidate him. That is the game of cricket these days, isn’t it?

The outpouring of sympathy for the victim and his family, all miss one very important thing, don’t they? Not one word of condemnation has been uttered for a vile aspect of the sport, which allows players to seriously threaten injury and indeed death to their opponents. Bodyline bowling.

Cricket, basically originally an English amateur game (gentlemen & players!), has well over half a century descended into a worldwide professional free for all money grinder. The onset of bodyline bowling surprisingly started by us down under in the infamously Ashes tour series of the early nineteen thirties between Australia & England – England bowled AT the batsmen (fracturing a skull) and didn’t bother about aiming for the wicket – we won of course, so that increasing became the superior tactic of major matches, which can mask inferior talent and allow teams to emerge triumphant of course.

In the ‘good’ past times cricketers needed little protection against the very hard solid ball – simply a set of leg pads and a box to protect a man’s privates. Nowadays the batsman wouldn’t dream of walking out to the pitch without significant body armour and high-tech head protection (indeed ridiculed forty years ago) . Why is that you might wonder as the bowlers prime objective surely is to knock down the striker’s stumps not knock down the striker? A cricket ball can be hurled at a batsman at a hundred and sixty miles an hour at a distance of twenty two yards by a top fast bowler.

A receiving batsman facing a short pitched fast ball designed to rise to head height (a so called bouncer) has only three choices and milliseconds to react – duck or avoid, ward-off with the bat, hit it. The risk is that he will get out or be injured – nice choice eh?

You might see some similarity with American baseball where a pitcher throws a similar ball at (only) a hundred miles an hour – but the difference is that he is NOT allowed to aim at the other guys head, is he?

There is we know a contact sport that allows, encourages, and indeed demands violence and of course that is Boxing – this is simply a sanitised barbaric fist fight between two testosterone & financially driven men. The objective of this so called sport is to beat the daylights out of the other guy and if possible to smash his brain against his skull so that he becomes unconscious – it is called a knockout and is the ultimate requirement of the baying crowds. Done in a street they would both be banged-up, but kill somebody in front of thousands of spectators and you don’t get charged with murder or even manslaughter – strange eh? [Some fighters even subsequently carry on with further bouts after killing or permanently incapacitating someone – strange eh?]

In cricket there is these days an understanding that bouncers are not bowled at all at tail-end batsmen (the rubbish ones unable to defend themselves against violent attack with the ball). There is also a restriction by the Umpire on the number of bouncers that can be thrown at a good batsman – it is probably about two per over. WHY IS IT NOT ZERO?

Important players are pontificating that there should be no ‘knew-jerk’ reaction – someone’s dead WHY THE HELL NOT?

[Sympathy needs to be extended though to the Australian bowler involved whose intention was to intimidate not harm the batsman. Can he ever bowl like that again? If not he cannot ever be a top speed bowler can he – unless the rules change?]