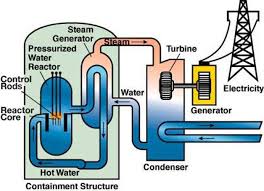 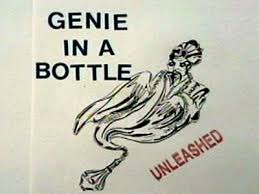 Just six weeks ago the Scots rejected their opportunity to paddle their own canoe. It was predicted here in such posts, that there would be knock-on effects, with un-envisaged impacts that could reverberate for a decade

The first most obvious hares identified are still running of course; like will the UK Government actually deliver their devolution promises to the tight timescale committed – CAN in fact the Government really marshal the MPs votes they need, when so many Tories are stewing with anger about the plan anyway(and can they actually get it through the Lords?); like continuing with the extra funding for Scotland on the Barnett formula; like major constitutional change to enact “English votes for English laws” and possible new layers of government; like equivalent devolution to Wales & NI; like new devolved powers to major English conurbations in the North East, & North West, or Cornwell, or Greater London; like reducing the UK voting age to sixteen; like saving the NHS and establishing how it will be funded & run.

However, a new and potentially game changing factor has been added to the equation, hasn’t it? Like the potential impact on the 2015 General Election indeed. The latest polls indicate that the Scots have fallen out of love with Labour (as they did with the Conservatives some twenty years ago). It would seem that the Independence YES campaign has brought the Scots voters into close contact with the SNP and they have fallen for each other, so see themselves as future partners. If the voters follow through on this, then Labour could lose the bulk of their forty Parliamentary MPs, with the SNP instead sending dozens of their men & women over the border to do battle with the English at Westminster – that would put the cat amongst the pigeons, don’t you think?

For a start, Ed Miliband would fail in his ambition to get an ‘overall majority’ and form a strong Labour Government with himself as Prime Minister. We could well be in a situation also where the SNP was the largest of the small parties, so could form a coalition with Labour, or even become a makeweight – but part of the UK government nevertheless! A totally bizarre situation where a non-supporter of the Union is at the heart of government – how would that go down with the English majority? A massive campaign to rebuild Hadrian’s Wall perhaps? A Referendum in England to end the Union perhaps (asking “should Scotland be an Independent county?” – well the Scots were allowed to answer)? Whatever happens on things like that, if Labour’s place is replaced in Scotland by the SNP, you can be sure of one thing can’t you? Scotland WILL be heading for Independence with or without any referendum rubbish.

[When you run a nuclear reactor, you ‘have’ to know how to control it and avoid it going critical – undoubtedly? When you have a Pandora’s Box containing unknown evils or consequences – you don’t open it, do you? When you have a disorderly spirit Genie of extraordinary power in a bottle – you keep the stopper on, don’t you? Someone should have warned PM Cameron of ‘that’, two years ago when he agreed in Edinburgh a deal for the Scottish Referendum, surely?]

Scottish Independence ‘it’s all over now’ – OR is it?