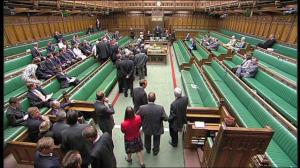 Well, well, well. The politicians are on another destructive charge to destabilise the British treasured constitutional system after many hundreds of successful years’ operation.

In a momentous decision last week, Scotland rejected an opportunity to secure their own independence after a some ‘three hundred years Union’ with England (but it was an uncomfortable close call wasn’t it?). Within the hour though PM David Cameron had abused the rejoiced occasion of unity to promote the direct opposite, and try to created further tribal like division and confrontation within the framework of the four counties (England, Scotland, Wales, & Northern Ireland), by claiming that England was ‘unfairly treated’ and by rights should have its own parliament as well. His proclamations if pursued will unquestionably break the Union.

All and sundry recognise that this was just a mistimed disgraceful cynical political sick ploy by the man who is also Leader of the Conservative Party, who was putting his narrow own sectional party interest ahead of his Country’s, and overriding his inherent National accountability as our UK Prime Minister.

So exactly why has he done this? It is simply because of five facts you see:-

Firstly, the Conservatives as a credible political force, have been dead as a dodo in Scotland for over fifteen years, and may not even return a single MP to Westminster at the General Election next May.

Secondly, the Labour Party is likely to return about forty MPs to Westminster again next year.

Thirdly, the Conservatives are unlikely to win the 2015 General Election with an overall majority.

Fourthly, Labour, with Scotland still in the fold, could well win the most parliamentary seats in the next parliament.

Fifthly, if (Labour) Scottish MPs are not allowed to vote on ALL matters in the Commons, then a Labour administration would crash very quickly.

There can be no doubt that Cameron has ‘put the cat amongst the pigeons’, ‘stirred-up a hornet’s nest’, ‘waked a sleeping dog’, or whatever idiom you want to call it!

Has he been responsible? Do YOU think so? To stir up public unrest, build up resentment, embark on despot-style rabble rousing, and set community against community? Is unleashing a wild tiger irresponsible, is starting a forest fire reckless, is ‘calling wolf’ rash?

It is bloody easy to rouse a mob by telling them that they are being treated badly & unjustly by distant others – a red rag to a bull no less. It is easy to wind people up and get them to feel discriminated against, when they see extra powers going willy-nilly to Scotland (without any mandate). The joke here is that it was David Cameron himself who has just created this escalation, and then he denounces it as if it was some kind of Scottish foreigners plot against England – how barefaced can you get?

What substantiation is there of a problem in the first place? Exactly where is the ‘evidence’ that ANYONE is being treated unfairly? Where are the examples of where these supposed ‘rights thieves’ have run off with English laws? In what case has the Tory-led Coalition Government (with a comfortable Commons majority indeed) been thwarted in their legislative process in the past four plus years, by the one hundred and seventeen MPs from Scotland, Wales, and Ireland (where the three devolved parliament/assemblies are housed)?

Not surprisingly Ed Miliband Leader of Labour and Opposition, was caught on the hop – but nevertheless he has not dealt with the attack well has he? He has floundered around, sat on the fence, fearful of making a wrong move. As Prime Minister he will get hit with these kinds of surprise ‘unpredictable’ developments, so that performance was not an encouraging sign to the electorate was it? [You see if Labour openly rejects the demand for ‘english only style votes’ they stand accused of being ‘anti-English’ and risk losing support at the polls!].

Well, what is all this crap about anyway? It is merely about the fact that some important government powers have been granted (devolved) by Parliament (and are about to be increased no less – to the angst of many, particularly Tory MPs) to Scotland’s pseudo-parliament (attended by a separately elected two hundred MSPs). This means of course that the real fiftynine UK Members of Parliament elected from Scotland have no say whatsoever about those certain issues, neither in Scotland nor indeed in their own constituencies (but NEITHER do any of the six hundred and fifty MPs that make-up the House of Commons, do they?).

Now, this is claimed to be some kind of an ‘anomaly’, because they do have a say on such matters affecting every other UK constituencies, and indeed on ALL matters coming before the UK Parliament. The term ascribed to this has been ‘the West Lothian question’ (coined by the legendary MP Enoch Powel) because it was first raised by the respected Labour MP Sam Dalyell of that so named Scottish constituency (a determined opponent of devolution). It arises simply because the House of Commons had decided in its wisdom to give delegated powers to not only Scotland, but also Wales & Northern Ireland. But it doesn’t course stop there does it? No, we moreover have noteworthy powers delegated to Greater London as well haven’t we? So, no such seventy odd London MPs EVER have any say about those matters in their constituencies either do they? [the GLA has its own Mayor and delegated responsibilities that include transport, policing, fire and rescue, development and strategic planning].

That doesn’t mean to say that we cannot evolve our constitutional parliamentary arrangements (as we have done in the past – two hundred years ago the Lords had supremacy over the Commons for example!). It doesn’t mean that power shouldn’t be more decentralised, perhaps giving similar powers as held by the GLC, and more, to INDIVIDUAL regions like the North East, or Manchester, or Cornwall, or perhaps more to Wales or Northern Ireland or Greater London?

Is this issue, that has abruptly hit the headlines, been a sudden mind blowing revelation to our current political masters then? Hardly, it was first raised in the Home Rule for Ireland debates by PM Gladstone over a hundred and twenty-five years ago no less!

This sordid debate and furore is a blatant example of what politics has become in our country isn’t it? It has now an attitude of despicable ‘self interest’ and ‘localisation’, hasn’t it. Politicians are allowed & indeed now expected to follow greedy vested interests, embark on a class war, winner takes all strategy, and not to do their duty to man and country. If you are rich fight for wealthy & rich, if you are young rubbish & destabilise the old, if you are from Surrey undermine & decry the Northerners, if you are Public School denigrate & degrade State education, if you are an industrialist undercut & obliterate the craftsmen, if you are from Nottingham fund flood protection & nuts to coastal defences, if you are employers oppress & corral the workers, if you are Welsh ostracise & bludgeon the Cornishmen, if you are private medical care covered defund & privatise the NHS, if you are poor abuse benefits & stuff the middle classes, if you are clever despise & outwit the uneducated, look after your own at every turn at the expense of all & sundry others??????

In Britain we don’t have a written constitution, but we do still retain & have constitutional government, and representation of the people. It all started really with the eight hundred year old Magna Carta, when the power of the King was constrained. Since then we have went through many changes in the Country’s government, and a prime one was to give every community representation in the UK Parliament. In past times, say for a hundred years, this was NOT a simple invitation for elected Members to run the Country to their sole benefit or for the prime advantage of their particular communities. We have seen many great men & women give unswerving personal service to their Country, and they have achieved some marvellous things for our Nation – but is has never been about self sacrifice to aid their specific constituency or society group or personal reward was it? Can we say that now?

Do we now get politicians who are fundamentally &  undeniably ‘professionals’ (particularly the leaders & big boys), with many who have never experienced doing an honest day’s work in their lives? Are our MPs coming to Parliament, bringing intelligence, honesty, morality, integrity, commitment, public service dedication, and hard work, to do what is right for the Country, to do what is fair, to do what is proper & decent for our society – or are most of them serving another master?

The concept of having two classes of MPs is both hare brained & half baked. All MPs, however high or low, however experienced or inexperienced, however rich or poor, however well connected or obscure, have ALWAYS had the same liberty and rights to speak, voice opinions on all aspects, get involved or not, and have a single equal VOTE on ALL matters – long may that last or do YOU want to change that?

The prospect of introducing another expensive layer of government & no doubt another political ‘talking-shop incompetence’ into England, is an anathema & abhorrence surely?.

If we really want to identify those in our parliaments who should NOT perhaps have such a big say in our laws, forget the elected MPs, and look no further than the House of Lords, where a throng of individuals are unbelievably still there because they have inherited titles for centuries, giving land, power, money, and influence; still enacting laws in modern times, in concert together with a clique of ‘anointed’ men & women, all unelected of course, representing NOBODY or ANYTHING, and mostly appointed by dubious politicians to promote their causes or reward donors & supporters – sick or not? [since 2010 Cameron himself has, at a record breaking rate, stuffed the place with another 160 Peers, so far (and more to come). [The place is so full & crowded these days that if someone collapsed & died their body would remain upright evermore & never reach the floor! There is over eight HUNDRED of them, not all dunderheads of course, but nevertheless non legitimate valid representatives of the people, and they are each costing YOU up to a hundred and fifty thousand pounds a year! Happy about that then everybody?].

[Despite the furore, British MPs ‘DO’ still have total & absolute control over ALL UK matters. They alone decided on the devolved powers, and at any stage they have the right and ability to take them, or some of them, back and withdraw any devolved powers, if they don’t like how they are being handled or used].