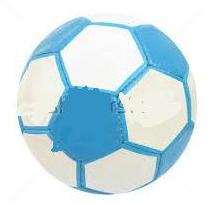 The Chief Exec of a Group of four Football teams [one premiership outfit and three satellites] was totally fed up with a massive assertive groups of players causing them difficulties (by asking for better wages and bonuses treatment), and cleverly set out to bring them to heel and indeed destroy them completely.

There was a particularly bad outcome for one of the remote teams, who had its ground ravaged, goalposts snapped, crossbars broken, nets holed, balls burst, turf dug up, line markings obliterated, and many players badly injured. The Club itself was traumatised and its poor Players turned into haters of that architect.

New Chief Exes came and went of course, but not much got better for the team – it remained demoralised and oppressed, despite having some successes down the way. Then came along a new football Coach, who tried to revive the Team’s spirit, get them playing together, to start believing in their latent ability and skills to emerge as winners in the competitive world of football.

The then incumbent Chief Exec tried to placate the complainers and allowed them to run parts of the Club gave the Coach his head and waited for him to fail – but he didn’t.

However though, the following & latest Chief Exec rubbished the Coach’s ability. When the Coach said he then wanted to be given the job as Manager of the Team, he was putdown, but told that if his players chose to, they could become an Independent team with him as Manager – the Chief Exec was confident that the Coach couldn’t deliver that, so he simply then ignored the situation.

A failed & redundant Assistant Manager, originally from the same community, was nevertheless despatched to the Team’s ground to scare the Players, telling them that they were rubbish individuals, who would never play well or win anything ever again without the Group’s and their other teams’ help & support. They were direly warned that they would lose even their football livelihoods and that of their descendents, if they dared decide to appoint the Coach as Manager. Unexpectedly, the team seemed to be up for it nevertheless! The Chief Exec then at the twelfth hour enlisted the help of a reclusive failed & sacked previous Chief Exec, who was again originally from the same physical area, to reinforce the Group’s message of fear.

Finally just before the decision, the Team was promised that if they immediately turned down the Coach, then they would sometime later be given some better facilities – perhaps more say on how they played or when, perhaps some new training facilities, perhaps some new players, new or blown up footballs and the like (nothing definite of course, and the ‘out of work’ ones offering it with no money, ability, or power to make it actually happen).

[The Players are in a quandary! They HAVE to decide! What shall they do!]