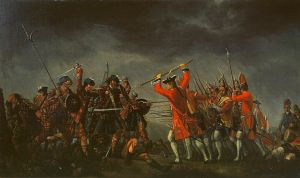 The Polls are providing ‘wobbling’ results for the Referendum. Why is that? It is because the ‘don’t knows’ are unaccounted for, different polls always give disparaging results and critically also both sides are running neck & neck so the differences are well within the normal margins of error – the vote is too close to call really isn’t it?

It is highly likely that both sides are flaunting around dubious information, but it is the NOs that are most keen to employ scare tactics, as it has been their long-term strategy to create uncertainty – are they succeeding? [Is in fact the Union presenting the GREATEST uncertainty of all? Is the UK heading, in all probability, for the EU Exit Door in 2017 with a promised referendum – a year after the proposed Scottish Independence date?]

Well there are a couple of ‘apparently’ killer financial matters that are still in the frame, aren’t there?

First is the one about the future currency to be used in Scotland and this has been the Better Together’s flagship for some many months. But is it really an Independence deal buster or a sham? Well, some of those in the know reckon the latter. If the UK Government refuse a ‘currency union’ deal (which they certainly CAN do), then Scotland could just simply carry-on using the Pound Stirling anyway (and the UK CANNOT do anything about it). The difference is though that in that event, Scotland would be without a Central Bank, so effectively no one to bail them out if they hit the financial buffers. Those concerned about that, might look at the most recent example where ‘independent’ Ireland got stuffed in the economic crash – they were bailed out by the UK nevertheless (when technically their problem was ‘nothing’ to do with us!).

Second, Scotland banks are said to be pulling sticks, and heading for London in the event of a YES vote. Why would they actually want to do that? It is because banks & financial institutions need a long stop ‘liquidity’ provider – a Lender of last resort indeed, to provide cover if they are in big financial trouble (like say the Bank of England). But is it at all relevant as the NOs would have it? Again, some renowned economists advise NOT. You see the Scots certainly have RBS in Scotland, but it is ALEADY owned (eighty percent) by the UK Government, so they wouldn’t be effected anyway; then there is of course Lloyds, not really a Scottish bank at all is it; also there are some other banks, owned overseas, so of no consequence either. Furthermore, what would be involved in moving a bank to London anyway? Moving their operations, jobs, and buildings to England’s Threadneedle Street? No never, it would mean solely changing their Letterheads and unscrewing their brass nameplate and relocating that alone. Sound serious and catastrophic, sound scary, to you Scots then?

[Another ‘frightener’ that is a puzzle to the casual observer, is the one that the NOs throw at the YESs – saying it is a momentous decision, it is not like a General Election when you get another chance at a later date, it will be set in stone forever.

Surely, any two independent countries (UK & Scotland say) would have no lawful impediment to creating a ‘new’ Union at any future time in history if that is what they both desired?]