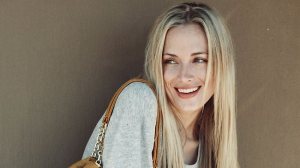 542 days since she was slain

The past two days have been disturbing & confusing for outsider observers hasn’t it? Two powerful legal advocates locked head to head like two rampant stags in a final battle for supremacy. They have both been presenting their closing arguments – the prosecution for the State, and the Defence for killer Oscar Pistorius.

Meanwhile Reeva Steenkamp lies dead in her cold grave. The trial hasn’t really been about her has it? It has all been about Mr Pistorius and his life surely?

It is now all façade of course, a performance for the mesmerised media and nothing more. Both sides have already submitted hundreds of pages of their written final submission to the Judge, who will decide the verdict. Do you really believe she is going to be swayed either way by the last two verbal shenanigans in her Court?

The Prosecution yesterday made plain that their assessment was that Pistorius was a devious, deceitful, designing witness who ‘dropped the baton of truth’ at his trial, created a snowball of lies, but had previously lost it in a row, and committed murder by the shooting of his girlfriend, which he now regrets it in Court with ‘rehearsed’ emotional outbursts. He certainly intended to kill somebody the Prosecutor says. Pistorius is accused of changing and being inconsistent in his account of the killing – on over a dozen points.

The Defence gave a different version of course, but initially seemed to acknowledge that Pistorius, with their image of a little boy without legs, was a poor witness, while insisting that police incompetence & ‘inadvertent’ tampering with devastating evidence against him (despite the fact that its importance couldn’t have been known at the time) negated proof; they seem to say that the prosecution have made a mountain out of a molehill. The killing was simply an ‘unfortunate mistake’ and that Pistorius’ killing actions were ‘reasonable’, ‘reflexive actions’, particularly as he was disabled, had high anxiety issues, & was vulnerable [not one killer shot but four – seems strange that?]. The fact that the really vulnerable young lady had taken her mobile phone, apparently going into the toilet to relieve herself in the middle of the night, was said to be actually ‘what young people do’? [but wasn’t she also dressed – which was strange for somebody coming out of bed?]. The Defence claim that some Prosecution witnesses are mistaken, lying, or had adjusted their accounts (why?).

[Pistorius will not thank his team for making a major legal ‘faux pas’ in allowing evidence of his alleged previous character misdemeanours with firearms to become ‘allowable evidence’ in his murder trial – he pleaded ‘Not-Guilty’ to what are minor charges by comparison, permitting such evidence into his murder trial which would not normally have been allowed!]

Tomorrow, Thursday, August 7th, is a big day for the South African justice system in Pretoria High Court, whether they know it or not. The Pistorius trial’s extensive delays have been disturbing to outside watchers, but now the Prosecution must sum up their arguments and Mr. Pistorius’ team has to play his last defence cards – can we expect another shock surprise, another rabbit out of the hat, or was his team’s last ditch attempt to claim mental deficiency it? We all wait with trepidation don’t we?

There can be no doubt that Judge Masipa has skillfully, controlled and steered this trail when faced with two powerhouse opposing advocates under World scrutiny. All focus now though will be on this lady in the next few days, while the Court will undoubtedly resume with a circus – both sides have a lot to lose, don’t they?

The colored women Judge’s reputation is beyond disrepute, but she is faced with many conundrums regarding the killing of a young white woman by a white man. It all comes down not to simply what she believes, or who is telling the truth, but also how she interprets the law. Most outsiders expect her to be cold & calculating in her judgment ignoring any media consequences; despite such obvious difficulties (reportedly her legal ambition has been to “make a difference”).

After the next couple of interesting days can you expect some news on a verdict? NO WAY! The Judge is likely to take a few more weeks privately to decide where this goes. She can’t afford to be seen to make a preemptive judgment can she?

Other criminal lawyers think that despite the unreliable & changing defence, that the State has not done enough to prove premeditated murder – but it still could be murder