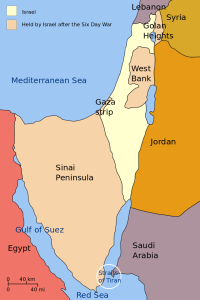 Gaza is a ‘tiny’ overcrowded strip of land of  under a hundred and fifty square miles, so only four to eight miles wide and twenty five miles long, but home to about two million Palestinians. Occupied by military force by Israel for more than twenty five years, but now for twenty years ‘self governing’ but nevertheless still under severe restrictions & control by the Israeli Authorities

August 3 Israeli USA supplied sophisticated ‘state of the art’ weaponry cannot apparently differentiate between a registered UN Gaza school and a rocket launching site – another so called military mistake and all the ‘fault’ of the Palestinians of course. So the innocent civilians must die [some eighteen hundred now & nearly ten thousand wounded].

Look down at your hands mates. You have blood on them. All of you. The blood of thousands of babies, children, and civilians in Gaza.

Go and wash your hands now. Go and wash them three thousand times, but they will never be clean of the blood will they? When you wake up in the morning your hands will always have blood on them won’t they?

Did America carry out the massacres of civilians in Gaza? Of course not. Did America make it possible? YES. Did America allow it? YES. Could America have stopped it? YES

Sleep tight in your beds Americans, no rockets or shell on you tonight. When you wake up after a good night’s sleep your children will be safe beside you, and in Gaza they will be crying, wrapping their babies in blankets and carrying them to a primitive grave. You did all that mate.

You have a weak, ineffective incompetent, and unlikeable President who is increasingly a disgrace to what was once a proud responsible nation. Do you think that it is only the Israelis that are now seen around the World as a disgusting pariah? No, you are in there with them I’m afraid– even some of your closed friends and allies now hate you as well. That is pretty bad surely?

A supposed ceasefire ended after a few hours (big surprise there then NOT). Initial reports said when an Israeli tank killed many dozens of people – the Military spokesperson refused to comment (had he lost the script?). The spokesperson (with a script?) later denied it – it was all the fault of the Gazans he said (did he lie? well his lips moved)

The apparent capture of an Israeli soldier is described by their spokespeople as a “kidnap” no less! Why is that? It is because that word has an emotive impact within Israel and America PARTICULARLY, A kidnapping you see justifies the murder of babies and children and everyone else in Gaza doesn’t it? It fully justifies an escalation by Israel doesnt it? You see a mere taking of a prisoner wouldn’t do that would it? That is the efficiency of a good PR machine you see.

Do you really believe the Israeli claims of a few weeks ago of the “kidnap of the three killed Israeli youths? Or do you suspect it was a ruse to raise the temperature & galvanise popular support, and divert the World’s scrutiny of their incursion into Gaza to arrest & ridiculous jailing of nearly two thousand people? Would any sane Country take that kind of action in any genuine attempt to release people? It isn’t even plausible is it? They knew the youths were dead, but decided to use them as pawns in their deadly game surely?

[Obama has said the Israeli killing MUST stop – how soon will he be designated as anti-Semitic? Perhaps not – he is sending more shells to Israel so they can finish the killing job]

How do you know if a Israeli spokesman is lying? Their lips move.

Israel fields spokesperson after spokesperson, men & women, young & old, all trying, and increasingly failing, to justify their massacre of Gazan women, children and other innocent civilians [fourteen hundred dead now]. Have you twigged it? Have you noted the common words & phrases used by seemingly ill-assorted media figureheads? They make unsubstantiated statements, claim unverified facts (and when challenged refuse to back them up as “it is a military secret”), be aggressive if challenged on wrongdoing, talk about commonsense, and frequently say “we have no choice”, “let’s be clear”, and end with the phrase “…believe me” – well we bloody DON’T, do we?

These people are trotted out and changed frequently like a pair of socks – why is that? It is so that their previously uttered untruths, half-truths, & blatant misrepresentations, can’t be revisited or challenged. You see, it doesn’t matter who they put in front of the cameras or microphone or newspaper interview, does it? You can’t have helped but not notice that they are like clones and all confidently use the same phrases (like “we never intentionally kill civilians”, “we have a right to defend our citizens who they are trying to kill”, “in war bad things happen”, “I know as a fact that we have ‘saved’ many lives”)? They have all been fully trained you see in the slick way to present things to defend the indefensible– how to fight a long-term propaganda war, and deflect the abhorrence of any outsiders at the vileness & evil of their IDF killing machine, no less.

You see, it is now revealed that the Israeli’s have another bible – other than the Tanakh – it is the covert Luntz set of commandments, on how to use presentation sound bites to manipulate Western public opinion on behalf of Israel; apparently they have been using it for half a decade now. It dictates that you don’t have to say what you think, or feel, or give facts, or context, or admit misdeeds; no, be obtuse, and definitely avoid saying ANYTHING that people don’t want to hear OR saying anything GOOD about the Palestinians!. The latter point covers expressing any regrets about the multiple deaths of babies & children at the hands of the IDF.

Their sophisticated ships fire at and even kill children playing on the beech including those fleeing, as witnessed by independent observers – but Israel stands by their claim to go great lengths to avoid killing the innocents?

And of course their last line of defence is that anyone with the temerity to question, let alone criticise, their behaviour is to accuse them falsely of being anti-Semitic (US Republican Senator & lawyer Lindsey Graham, who said that the UN was anti-Semitic because they voted to investigate human rights violations and what in that regard both Israeli & Palestinians had been up to in Gaza [childless himself so perhaps he doesn’t give a hoot about the murder of Palestinian children by the hundreds?].

Most people in Britain & Europe (and certainly in the US), are NOT actually Jew haters but many this side of the water are utter despisers of Israeli actions & behaviour, observed over the past fifty years (despite the smokescreen trying to hide it all by their politicians and spokespeople), aren’t they?

So who is the brains behind Israel’s current constant PR offensive? It is the highly educated one, spinner, Mark Regev, an Australian, formerly (why?) a Mark Freiberg, who for seven years has been the chief spokesman for the Prime Minister of Israel. But he is more than that of course. As a born English speaker, he wins hands down in promoting the Israeli dogma over the bulk of the others, most who are not native English speakers. He pretends not to be a policy maker, but he has the ear of the Israeli Prime Minister, doesn’t he?

Do you really believe that this current operation wasn’t well planned by the Israelis months ago? [Just .like they planned the Six-day war when they unexpectedly attacked all their neighbours – on the same pretext that they ‘had a right to defend themselves (even though they weren’t under attack?)]. All the evidence is that this conflict was NOT anything to do with a barrage of incoming rockets (for which Israel has advanced defence systems against anyway), isn’t it? It is all about bringing down the Palestinian Government, wasn’t it?

Do you really believe the Israeli claims that civilian human shields are set up and not allowed to leave? Can you comprehend that Israel then disgustingly says we will annihilate the human shield then?

Do you really believe the Israeli claims that Gaza is a free but unreasonably hostile aggressive country, when they have stolen large important parts of their land, blockaded it for eight years now, even stopping food going in, the population have the dreadful siege existence of poverty and misery, and they have kept it continuously imprisoned and on the verge of economic collapse? [The Israelis have now destroyed the ONE & ONLY power station the Gazan people have – how do they justify that for god’s sake?]

Do you really believe the Israeli hypocrisy that they would actually agree to a ceasefire before their plan has been fully enacted and thousands of the Gasans pay the price?

Do you really believe the façade that Israel wants peace through compromise, or do they want it only through total capitulation of their opponents?