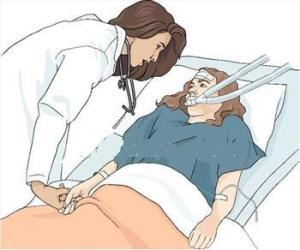 A crisis has transpired in the world of politics. An important party is in trouble, in trouble of going under financially. No, despite all their money problems NOT Conservative, NOT Labour, NOT LibDems, NOT Greens, NOT even the new kids on the block UKIP! No, it is the UK’s ‘Official Monster Raving Looney Party’ [OMRLP] that is under threat. What has happened? Their (unlikely?) sponsor for the past 5 years William Hill Bookmakers have withdrawn their financial support – shame on them! WHY? God only knows. Perhaps it’s because the MRLP is becoming too main stream, don’t you think? [Mind you they are trying to hook up with a brewery – and get some loony drunks on board perhaps?]

This is NOT a party that the UK can afford to lose is it? It should immediately be designated an endangered species surely? Their very presence on the hustings reminds us all that the election business is all a bit of a sick joke. The candidates of the ‘sensible’ parties, whoever they represent, are all self serving, self centred, self deluding morons, who will sell you down the river sooner than later. But that’s democracy for you! The best of a shed load of bad systems though?

The OMRLP was founded about thirty years ago by an aristocratic singer David Sutch known as ‘Screaming Lord Sutch’, (of The Savages), who sadly passed away in wretched circumstances some fifteen years ago.

Sutch’s direction was intended as the leading anti-politician: “It’s the ones who don’t vote you really want, because they’re the ones who think”.

What do they believe in this stranger than life Party? Well, it outpours deliberately bizarre proposals, ideas that seem absurd or impossible to implement, and it ridicules the rest of British politics – satirical criticism at its best you might think? One of their proceeding ‘intended ridiculous’ suggestions starting back in the 1960s was to lower the voting age from 21 to 18 and indeed that policy was greeted ‘as intended’ with great merriment (enacted into law by Labour PM Harold Wilson in 1970 though!), Then of course there was the stupid idea of passports for pets (enacted into law by Labour PM Tony Blair in c2000!), and of course all day pub opening(enacted into law by Tory PM John Major in 1995!), In the past also they were as well correct predictors of unnecessary child deaths, pollution and congestion! Perhaps they were not quite as loony as they intended to be?

This is a party that is now very important to the British economy isn’t it? It provides a bit of revenue to the Exchequer because they always lose their election deposit these days you see! Mind you that wasn’t always so. Oh no, they actually won a dozen or more Council seats some 25 years ago & indeed had a Mayor in Devon – and they were always tagged with the iconic English phrase ‘raving loony’.

Despite, or perhaps because of, their role in lampooning the political world, they have in the past got up the noses of all the others (and sometimes rained on their parades) – Conservatives, Labour, and LibDems alike!

Ah yes, they have had figurehead support in the past – like the late Patrick Moore, the famous TV astronomer indeed, who claimed that the OMRLP has an advantage over all other Parties because at least they knew they were loonies! He had a point there didn’t he?

Their current banner line is ‘vote for insanity’ – sounds about right to me, as that seems to happen anyway unintentionally.

[Forget the impoveraged for once, and send a few bob to the Monster Raving Looney Party’ for a change and keep them afloat? Or even better still become a member for a tenner and see the ‘p’ continue to be taken out of the ‘winner’ politicians eh? Their web http://www.omrlp.com]