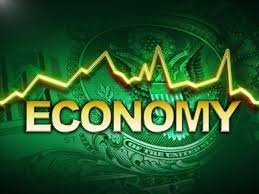 Tory Norman Lamont is often trotted out to pontificate on a national financial matter – which is a massive surprise to many older people. Some twenty or more years ago the UK was hit by a crippling financial crisis, brought about by sterling currency speculators – it has been one of the biggest economic disasters for the UK. Our Treasury was caught on the hop, so while we could have made substantial financial gains, it is admitted that we lost £3.3 billion – but probably it was many times that! We also suffered the disgrace & humiliation of being thrown out of the World’s exchange rate mechanism (the ERM). The event is nicknamed ‘Black Wednesday’ and the man in charge at that dreadful time, the Chancellor? Mr Norman Lamont of course. But he wasn’t alone was he in what went on? Oh no, he had at his side his Special Advisor, one David Cameron, now our current Prime Minister no less.

Lamont’s predecessor was Chancellor Geoffrey Howe who’s greatest claim to fame was lambasting PM Margaret Thatcher in his resignation speech in 1990 (by then he had been demoted to Leader of the Commons). Under his financial stewardship in the early 1980s as Chancellor, we went into recession, output fell, business bankruptcies soared, and there was mass unemployment (three million – over 12%).

Conservative long serving  Chancellor Nigel Lawson pushed through the policies of privatisation and deregulation for Thatcher, made policy errors, oversaw the leashing of an inflationary boom spiral, and is accused of starting the decimation of final salary pension schemes in the late 1980s – he taxed the funds’ so called ‘surpluses’ leading to companies to ‘take contribution holidays’ (i.e. not paying in any money!) to reduce surpluses (and in many cases produce a black hole in the fund when troubled times arrived). Mr Lawson is nowadays regularly seen holding forth on economic matters and as a climate change denial’r, talking rubbish about climate change science so speaks against economic cost and benefits of climate change policies.

When Labour took power in 1997 their economic inheritance from the Tories was dire, due it is said to the poor fiscal policy of previous Conservative Chancellor Kenneth Clarke. When the Global Financial Crisis hit in 2007 it was caused by the Banks & Financial Institutions – the total collapse of the economic system of the World, including Europe, was threatened. The UK Treasury led the World by example in taking emergency action to bail out the culprits and that is what caused the big leap in the Country’s indebtedness. The Conservatives & LibDems have spent four years (and will without doubt play the same tune for another year) blaming it all on the Labour Government – ignoring the plain indisputable fact that it was an international crisis and the UK was only one country that had to bear the financial consequences. The previous Labour Chancellor Alistair Darling, was in charge during the crisis, and he warned the public that there would need to be deeper & tougher cuts in public spending, than had ever been experienced before, to repair the state’s finances – it was to take seven years. Osborne said he would do it in five years and has of course utterly fouled-up hasn’t he?

With a slight of hand that any street conman playing ‘find the lady’ card trick would be proud of, George Osborne, Chancellor, bamboozles the general public that his Plan A has successfully turned the economic fortunes of the Country around. In practice his plan choked-off the fragile recovery in 2010, caused a double dip recession in 2011 (and nearly a third later) and now only after 4 years has the recovery restarted – and nowadays Osborne boasts about success? (well it was the longest recession recovery in our history!). Meanwhile NOT A PENNY has been paid off the overall deficit in fact (despite outrageous smoke & mirror claims to the opposite). True, annual capital spending on big projects has been drastically cut, destroying potential for growth, while revenues fall and social spending increases – consequently new borrowing has massively exceeded that scheduled, so the total of the Country’s debt has grown like Topsy; so by the time of next year’s General Election, apparently we will be in a debt some 50% greater than when Osborne took over. Trust him & the Conservatives then to carry on running the Treasury do you?

OK then, what about the LibDems then, can they be relied on these days to be financially prudent when in government – all be it as a coalition partner? Well we have Business Secretary Vince Cable, an economist (ex Chief Economist for Shell indeed), and a well respected financial powerhouse (the only politician who pre-warned of the impending doom of the crash!). Overlooked for the leadership of his Party (smarty-pants Nick Clegg stole that prize didn’t he?), he is seen as a reluctant & recalcitrant Cabinet member of the Coalition Government. Nevertheless, he has just overseen one of the most disgraceful, disgusting, controversial, and unnecessary privatisations of one of our last remaining national assets – Royal Mail! Sold off in a fire sale at the behest of George Osborne to City wide-boys at a knock down price making them multi millions at our cost – with the direct connivance of our bankers of course, who all ensured their hedge fund and other mates made a killing (a result predicted by all of us, even non-economists, well before the event – nearly two and a half billion pounds of our money squandered). Want him running finances in the next coalition government do you?

[With Conservative & Labour & LibDems playing the ‘you can’t trust the other ones to run the Economy’ card, it is all a bit of a joke really isn’t it?].