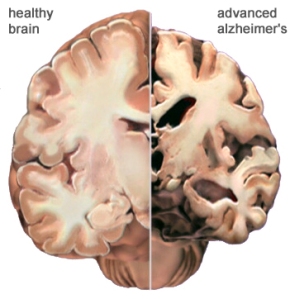 Dementia isn’t headline news these days – hopefully you will not have forgotten about it though! Most of us know very little about dementia, most of us care very little about it, most of us simply ignore it – perhaps it will just go away? Bad news on that front I’m afraid! It is with us, will stay with us, and will destroy many of our lives. Some hundred million sufferers worldwide (a million certainly in the UK) with their families living in societies with inadequate support and decidedly deficient attitudes – leading to lack of proper care in the community (many individuals remain alone and isolated); because of fear & ignorance?
Old people get dementia don’t they? Yes, but it is not simply a sign of aging – it is a major illness, disease, & disability. The public in the know are scared of it nowadays. Why is that? Well, it is because it is a illness without a cure, a disease without a treatment, a disability without any hope. Dementia is heading to replace cancer as the medical condition to fear, and the diagnosis to strike terror into the heart of sufferers, families, and friends. [Cancer research is financially well supported and has been for half a century, leading to substantial and significant treatments & increases in life expectancies in those struck down – no such prospect of a cure for dementia though is there, as it gets about a tenth of the funding of cancer, and we know so little anyway about the way the brain actually works, or gets damaged, don’t we? In future as many as one to two percent of us will be hit with dementia!].
Is it catching? No. Is it inherited genetically? No, not generally. But it isn’t all that common is it? Unfortunately it is, and increasingly so – one in three people will die with it (but not of it). It is a common disability but not reliably diagnosed for the majority afflicted. It just creeps in and hides behind old age doesn’t it? [Recently there were reports of a ‘breakthrough’ diagnostic blood test? Dream on! The research results were in fact pretty meaningless, didn’t really even indicate a valuable predictability, and had no treatment significance in the absence of any cure!]..
OK, so what does it do to you? Well, it is an illness affecting the brain – not just poor cognitive function, but injury resulting from physical protein damage of some kind and cell loss (this can be seen on brain scans, but really only positively identifiable after death!). It can cause symptoms of severe forgetfulness (not your average type ‘where did I put my keys’, or ‘what was that person’s name’ , or resulting from medication ), mood changes, language problems, confusion, irritability, violent aggressive erratic behaviour, withdrawal, inability to live a normal life and do everyday tasks, and the like).
Oh yes – it gets worse. It is a neurological degenerative disorder and leads to loss of bodily function and ultimately death (survival for a decade would be quite good).
For close ones it can be a devastating scenario – dealing with a loved one who can go steadily downhill until they are utterly locked away, a human being they adore in there but not, an intelligent accomplished person no longer in charge, control or even competent. It is therefore not something that simply impacts those old who are the ones afflicted, but all around them who care – including grandchildren for instance. That is why all of us need to concern ourselves about dementia, not just those of us heading for the old age pension (because there are serious impacts on carers both emotionally and economically – as well as physically).
The most common and well known cause of dementia is Alzheimer’s affecting the bulk of elderly people diagnosed. What can you and your family do to avoid it, or slow its onset? Not a lot really. You can’t stop aging can you! You cannot influence your genetic make-up either (even if that turns out to be a rare factor!) – so you are left with lifestyle! That is not particularly good news though, as there are no hard and fast rules to apply there – you simply have to try to ‘live healthily’! Researchers are yet to come up with some positive evidence based advice, but basically you can currently forget taking or avoiding certain foods (meat, or fish ), or special products (caffeine, coffee, vitamins, spices, green tea, ginseng, ginkgo biloba, or coconut oil), or medications (satins, HRT, ibuprofen, or aspirin), or of avoiding aluminium (foil, or cooking pans), or even environment conditions (living near power lines).No point in worrying about it. No point in losing any sleep. Nothing you can do – so get on with your life!
The one thing you have to do if Alzheimer’s pokes its head into your life, is to seek HELP from the professionals and support groups.

[Health recommendations include not smoking, exercising, having a balanced diet with fruit & vegetables, limited alcohol consumption – keeping mentally active and looking after your heart!

Alzheimer’s is named after a German psychiatrist of that name who first described it over 100 years ago].

One thought on “‘Dementia’ the new massive Medical problem – anything for YOU to lose sleep about? Alzheimer’s heading Your way?”