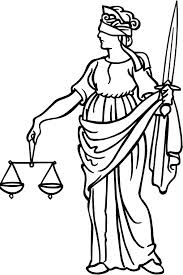 Rape of women and sexual assault is the one crime that is totally out of control, in the UK certainly and possibly in many other countries as well (undoubtedly America). Practically all rapist get away with it – the rape might not get reported, the police might not bother to deal with it, the CPS might not proceed to court, or the jury might find the rapist ‘not guilty’. Those are facts.

Rape is the most horrendous crime for a woman. Why is that? It is because it is a massive violation of a person’s body, it leaves deep emotional scars, it is often accompanied by violence & injury, it leaves a deep-rooted personal shame, it creates a lifetime memory ingrained in the mind of the victim so fear is forever unforgotten, others’ knowledge of such an attack causes untold distress to the woman (or worse in certain cultures). Rapists often have weapons and revel in putting their victims into dread & terror, and those attacked are rightly in total fear of their life – some rapists are also violent killers you see, so unsurprisingly victims just want to survive (but that doesn’t stop the accusation later that they didn’t scream loud enough or long enough, does it?).

Who are these despicable creatures who turn to rape then? Well basically there are two types of rapist men involved – men who are sexual predators driven by testosterone (often motivated by readily available pornography), and men who somehow hate and despise women and want to exercise ultimate power and control over them – and forced unlawful sex will certainly do that.

Can you spot a potential rapist then? Can a woman for example recognise and avoid contact with a man who is capable of rape. Oh no unfortunately not; rapists come in all physical shape and sizes, fat or thin, tall or short, young or old, good looking or ugly, personable or surly, related or stranger, rich or poor, casual boyfriend or unacquainted, coloured or white, famous or obscure, notorious or inconspicuous, aloof or friendly, pleasant or disagreeable, serious or flippant, or any other parameters you care to mention.

Why exactly then do rapists escape justice? Why can such evil men commit multiple rapes (any many do) and remain free? A big reason is that the victims are women – if it was happening to men you can bet your bottom dollar it would be stopped in its tracks. If rape affected property the perpetrators would get short shrift – that has always been the way our society operates! You see its men who make the laws and its men who enforce it and its men that control the levers of power.

Women who have been raped face a traumatic time if they have the guts to try to bring the criminal to justice; the woman becomes merely an ‘alleged’ victim, a person not to be believed, a fuss maker, a woman scorned, a tease, an aggrieved individual, a consenting adult, and a slut to boot. The woman’s character is torn to shreds in Court by the defending barrister (often a woman because rapists know that looks better with the jury and is most effective) – often the victim even has to face a smirking rapist revelling once more in her ongoing distress and absolute discomfort, reliving the ordeal (sometimes the rapist is allowed to face the women directly and throw provocative questions at her, while she squirms in shock (oh yes Judges are supposed to protect the victim but they don’t – the rapist has to be allowed untold justice you see and sod the woman!). The British Justice System is incompetent as it stands to deal with situations were rape is conducted without witnesses and where it comes down to a woman’s word against the rapist (injuries to the victim are even claimed to be resulting from her perverse desire for violent sex!).

OK then, there is no answer to such a dire problem is there? Not in the UK under current circumstances certainly. What is required though is an urgent and dramatic change in UK law. If a women says she has been raped then she has been raped. Surely the law can’t take that kind of attitude can it? Some fifteen years ago there was a major problem of racially motivated violence, and the perpetrators simply denied it was racial and escaped the law; that issue was subsequently solved by government guidance that defines a racial incident  as an incident which is viewed as ‘racist’ by the victim– no other proof required you see. Surely that principle needs to be applied to cases of rape?

Such a mood change in the law would mean indisputably that men would desist from their ongoing drive for casual sex and instead form proper relationships and partnerships with women wouldn’t it? Men and women you see have inherently different drivers for sex – men are focused on sowing their seed (like many other species), while women are deeply programmed to begat children with a monogamous partner in a family unit in which such children can survive until adulthood. The sooner we undermine the current disastrous promiscuous society we live in the better surely? Let us swing the pendulum to the other end of the scale, and instead of the woman having to prove she was raped, put the shoe on the other foot, and place the onus on the man to prove his innocence – then the scales of justice will be tipped in the right direction won’t they? In the modern age the accused should be required to provide any evidence of their innocent instead of responding with “no comment” when faced with accusations (the USA might follow suit and do away with their misused 5th amendment defence!).

Time for a change in the law?]