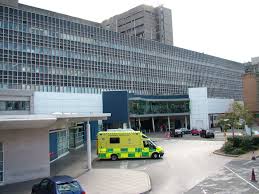 JJ                          being sorted Sir. Although we have reduced the 4hr target requirements, most major centres often miss it so that this performance is accepted by all and sundry – so now no A&E department is in the shit however long the bloody ill patients wait! We are hoping the four billion pound ‘Better Care Fund’ will be good publicity – but councils will probably divert it into pothole filling due to flooding damage

JJ                          ok the introduction of the NHS 111 non-emergency helpline got off to a bad start but that was Andrew Lansley’s fault not mine – I would have had proper technical facilities with adequate and trained staff. Anyway it is improving a bit, and I am scrapping NHS Direct this year anyway

JJ                          well the waiting time target guidelines, like 18 weeks, are now regularly missed in reality and we have relaxed NHS targets – helpfully though hospitals are providing false or are inconsistent recording data – so the bottom line is that nobody really knows what is what! So we can’t get criticised on that one can we? I think your personal promise to keep patient waiting times low will be unchallengeable under the circumstances

JJ                          good Sir. We still did it, the biggest NHS reorganisation since 1948, and people have got accustomed to it now, and we have managed to cause absolute financial and administrative chaos. On track Sir, the NHS can never survive such reforms as I am pushing through for you

JJ                          well Sir, we already have the least number of hospitals of comparable counties and halved the number of beds over the past 20 years and continue to cut them or get private patients into them. Many hospitals have now been driven into the ground financially – staff are utterly demoralised, so as intended the climate for health care privatisation is unassailable now Sir. Hospital facilities are increasingly being concentrated into areas of specialist high expertise – like cancer, heart, brain, acute care stuff etc. Local community serving hospitals will be progressively culled and A&E departments closed forever. Good news financially as well because the NHS will rake in a fortune in patient & visitors parking charges. People with silly uninteresting problems like fractures, or needing scans or blood tests, having babies, eyes or hearing problems, knee & hip operations, and the other less challenging procedures, will in the medium term need to go private locally – I have obtained guarantees that the private suppliers will expand to take up the slack Sir

JJ                          again no problem Sir. The doctors have been overwhelmed by financial responsibilities – they had had no financial training only medical training of course – and shed loads of surgeries are going to the wall. Nearly half want to opt out of the NHS so like the dental service they will have to start taking people on as private patients to make ends meet. We have scrapped the rules on appointments as well, so now the ill can wait weeks to see a doctor, which proves they aren’t all that sick, or they can go to A&E and take their slim chances there.

JJ                          only a temporary glitch Sir. I have issued a statement to provide assurances that we won’t sell info off – but you know me Sir, I’ve left the door wide open as I can claim later that it is ‘in patients’ interest’s for insurance companies to buy it, and anyway none of our IT systems are all that secure are they?

JJ                          you know what these psychiatrists are like Sir – all a bit mad. Money is unbelievably tight, but there won’t be any scandal whistleblowers about threats, isolation and injections – practitioners are far too scared! We are planning to get this type of care ‘off the books’ and hide it in private hands such as Alpha group as soon as possible. Patients aren’t really in a position to fight their corner are they?

JJ                          we are working on that together as a Cabinet team Sir. Obesity is linked to overeating so we are reducing the availability of food to millions of poor with escalating prices, low wages and welfare cuts. The Food Bank buggers are working against us though, but we hope to win. We continue to make sure that hospital food remains innutritious crap – but again we have bastards like celebrity chef James Martin going round hospitals trying to change that.

JJ                          not really Sir. Nick has been on the attack recently about treatment of mental health patients and the LibDems are constantly trying to thwart us on privatisation and are even  promising to ring-fence funding in ‘real terms’ until 2020. Can you reel them in Sir?

JJ                          new plan to be put in place Sir. It is called Staff Rotation. In future we will transfer and exchange all staff from a failing hospital to a successful or reasonably succeeding hospital – this relocation will be for over a year period to allow total cross infection. All staff in all hospitals will be in an unfamiliar environment and out of touch – we will move them again before things are settled. The consequence will be that all hospitals will recede to the same common denominator low standard – so there will be no critical cross-comparisons to worry about Sir.

DD                        great news JJ – I knew it was right to trust you; you are a smooth operator and a man of my own ilk, really iffy. I might move you to finance next as George Gofer is getting up my nose by wanting to be Leader, and is allowing the Economy to recover before we have won the .election against the Labour & UKIP weirdoes. Knighthood coming JJ – do you want to go to the Lords later?