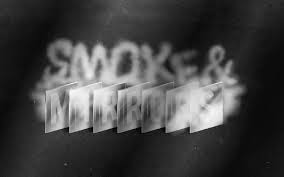 With the formation of the Conservative led Coalition Government in 2010, it recorded that its 1st priority was reducing the budget deficit and restoring growth); the new Chancellor George Osborne set out his stall for UK economic recovery from its weak state, and after six weeks he had introduced a so called Emergency Budget, with a promise of balancing the books within the 5 year parliament – a goal that the structural deficit would be in balance/eliminated in the final year. The second of his 2 goals was that debt fell as a share of GDP also by 2015. Osborn said he expected to meet his goals a year early (in 2014 this year], but he now admits such an outcome will be at least a year or two later!.

If you are not an economist is it possible to make any sense whatsoever of any of this? Perhaps! There are some boring and confusing aspects though – but stick with it for a moment.

A deficit means that the Government spending exceeds the revenue (and so has to be ‘borrowed in World markets’!) i.e. the country lives beyond current means.

There are two main components and economic terms for overspending: Cyclical (or temporary/short-term) deficit, which applies to borrowing over a ‘non-fixed’ economic/business cycle: Structural (or permanent/persisting) deficit which is the borrowing that exists irrespective of the point in the cycle, and is due to the underlying imbalance between expenditure and revenue [it is quite difficult to separate the two!]. The ‘total’ budget deficit is the sum of both.

The UK’s structural deficit in the early part of this century was nearly 40% of GDP, but it currently stands at some 77% (or twelve thousand billion pounds) – it has been climbing rapidly since 2008 (and is still going up, as does interest paid out, even though annual borrowing itself has been going down since 2010).

In plain language we are still having to borrow money to balance the books and Britain’s overall debt is going UP not down (at the time of the Election we owed eight hundred billion pounds and we now owe about twelve hundred billion).How come then thatCameron & Osborne & Clegg and the rest of the Government lackeys keep claiming and boasting for the past year  that they are paying down Britain’s debts? Well it is all smoke & mirrors of which any magician like Dynamo would be proud!

The claim is utterly FALSE, and relies on us in the public having little or no idea about government economics. The trick is to talk about “the Deficit” and meaning the Annual Budget deficit, and NOT the Country’s actual National DEBT. It is a good slight of hand, because based on a particular chosen period the Government could calculate that the annual borrowing was say 25% less than the previous year – of course they were spotted by those in the know about these things (like< Andrew Dilnot, head of the UK statistics authority>,</ who wrote to the Government emphasising the need for clarity on the difference between debt and deficit), but the general public had been hoodwinked, and will continue to be bamboozled by our tricky disingenuous politicians! Don’t trust anything the Ministers say on the economy – it is still in the mire.

It would appear that claims about reduction of the deficit, mask the truth that the deficit on current spending is hardly coming down, and that almost all the reduction in the total deficit has come from cuts in investment spending, which don’t reduce the current deficit. It is a strange country we live in isn’t it?