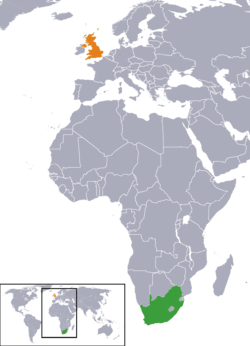 Nelson Mandela, a lawyer was the leader of the ANC party in South Africa (formerly part of the British Empire!) fighting peacefully against the South African’s  Afrikaans National Party (NP)’s policy of racial segregation, so called separate development – ‘Apartheid’. This was basically an unsustainable policy to keep the twenty million black majority suppressed and ensure they could never be equal to the ruling white minority. It meant that black people could not have equal rights, nor representation in parliament, couldn’t get decent jobs, got no proper education, and lived in slums with no houses. Blacks weren’t allowed to mix with whites or certainly not ‘god forbid’ to inter-marry! Blacks were often murdered indiscriminately by the authorities.

In 1960 some 69 black civilians from the crowd were murdered (shot) by the Police in the township of  Sharpeville  -a massacre outside the Police Station following an earlier demonstration of over five thousand black protestors. Mandela then changed his views on the unarmed struggle i(n 1961), and then said that there had to be violent insurrection and meet violence with violence. The ANC started a campaign of explosion attacks on the government infrastructure – inevitable some people were killed (we disgustingly call it collateral damage these days in our own conflicts!) A number of blacks were tried and locked-up for treason, including Mandela. He spent 27 years banged-up for his political position. By all accounts he was a model prisoner, even befriending his guards despite his long incarceration. He was on more than one occasion offered ‘conditional’ release towards the end (out of his jail cell but still under state control!) –to ohis credit he refused! He was over seventy when he finally got released in 1990,  by President de Klerk (unconditionally naturally). Although already an old man, he spent a long period in negotiation with the de Klerk government.

Many of us in Britain were against South Africa’s policy of Apartheid. Many of us who went to South Africa during the period of apartheid came away amazed at the astounding beauty of the country and their cities, their sunshine and their facilities (for the white man of course), so came away with a disgusting taste in the mouth about the treatment of the black population there (they were allowed to work as toilet cleaners in ‘whites only’ toilets of course!).

A host of people demonstrated here in Britain, and demanded Mandela’s release. South African rugby & cricket teams touring and playing sport in this country were subjected to very disruptive abuse & behaviour in 1969 & 1970  – a major protagonist being Peter Hain (white, Kenya born, lived and educated in South African as a teenager, London University, and subsequently leader of the British  Anti-Apartheid Movement (AMM), which even forced Barclays Bank to withdraw from South Africa, and the AMM kept the blacks flame of freedom flickering  – subsequently Hain MP became a Labour ex Government Minister under Blair & Brown ( Lord Privy Seal, Secretary of State for Northern Ireland, Secretary of State for Work and Pensions, Secretary of State for Wales).

How did Mandela get released and apartheid ended? Because of the ANC’s violent actions? NO! Because the Afrikaans woke up one morning with a bad conscience and decided to dismantle the Apartheid system? NO! Was it then because the black townships became effectively ungovernable? NO! It was because South Africa became isolated and the piranha of the World. Their oppression of the blacks was simply not acceptable to the rest of World; but condemnation was not enough by a long chalk! It was sanctions that made the big difference – others had trade embargoes and boycotts against them, as well as disinvestment & other economic sanctions, and furthermore they got ostracised in international sport. Sanctions were first proposed in the 1960s (UN resolution in 1961), but nothing effective was done until the mid 1980s. The United States played a major part (prompted by an African American preacher & Board member of General Motors (Dr Sullivan), and campaigns on University campuses. [capital withdrawals between 1985 – 88 was some 24 billion rand, or nearly one and a half billion pounds]

And where was Britain in all this? At the forefront, leading the implementation of sanctions? NO, not on your life! Both Labour & Conservative Parties balked at that issue, despite UN support. All this in denial of British Prime Minister Harold Macmillan’s historic ‘Wind of Change’ speech to the South African parliament in 1960 [he said “The wind of change is blowing through this continent. Whether we like it or not, this growth of national consciousness is a political fact!]. Unsurprisingly, the speech was greeted with stony silence!

Although this Country had embarked long since on a process of decolonisation, we continuingly blocked UN attempts at sanctions and continued to be the biggest investor there, sell them armaments, and ship in their oranges, wine, gold, diamonds & other precious stones and any other goods we could get our hands on. Conservative PM Margaret Thatcher was the ultra anti-sanctionist, and her government despised Mandela (despite being challenged by visiting South Africans like Bishop Desmond Tutu) saying Mandela was just another terrorist, and she claimed that blacks could never run the country! She even invited President PW Botha (the Great Crocodile) to the UK, notwithstanding that they had left the Commonwealth in 1984; she was corralled at a Commonwealth Conference a year later and threatened with revolt, so she finally agreed to ‘limited’ sanctions in return for the others reducing theirs – to the horror of the South African blacks! Her leading Rottweiler Norman Tebbit ex Employment Secretary and then Trade & Industry Minister, Chairman of the Conservatives, and now a Lord, repeated his denigration of Mandela last week in the midst of the World’s reverenced tributes after his death at 95 years. Follow-on Tory PM John Major was another top Tory against proper sanctions! That makes it all the more galling that the Tories are now rewriting history to claim kinship with Mandela, including Cameron spouting off and trying to play a front role at his memorial service in xxx

In 1994 Apartheid was replaced by majority rule, so the ANC came to power (no surprise there then!) and Mandela was sworn-in as President (and de Klerk the past one was given a role as a Deputy President. Mandela was a powerful role model. Not only was he personally able to forgive his own mistreatment, but more significantly he established a Truth and Reconciliation Commission (TRC) to expose the crimes of the past era (from both sides). This successfully allowed people to get some closure on their past life shattering experiences. Perpetrators were allowed amnesty provided they fully confessed their guilt – otherwise they would be subject to the full punishment of the Law. Disgustingly a Past President PW Botha was one of the people who refused to appear!

Rugby football was a ‘white major’ international sport in South Africa, and symbol of Afrikaans dominance. Mandela tackled that by embracing the sport, wearing a Springbok rugby shirt, and urging non-whites to get involved. South Africa hosted the Rugby World Cup in 1995, won it, with Mandela presenting the trophy – just part of the path of reconciliation between the two races! In 2010 South Africa also hosted the first ‘African held’ soccer World Cup (didn’t win it though – but were above France in their group!).

So what happens with South Africa now? Well, since Mandela things have not looked so rosy – the follow on black leaders have fallen well short of his leading example, with little vision for their peoples. The current President Jacob Zuma for instance lost much of the ANC’s previous support in the 2009 election and now is a much hated figure in much of the country, and seen as leading a corrupt administration and unequal society (he had a hostile reaction, was booed & jeered at the Mandela ceremony)  – not least because he now lives in a thirty million dollar lavish private house (thatched roof extensive compound or estate to be more exact) in the Nkandla countryside(over £12million of public money spent – all necessary for ‘security’ they claim!), including a football pitch, cattle enclosure, many buildings, helipad, medical centre, swimming pool, visitors centre,  amphitheatre, and other luxuries – pictures published in the press in spite of orders , previously enacted under apartheid, issued against that (when much of his fellow countrymen remain living in poverty and squalor and have homes in tin shacks).

Economic growth suffered in 2012 from social unrest and the euro crisis but is expected to accelerate moderately in 2013 and 2014 thanks to improved global demand and accommodating macroeconomic policies.
The unemployment rate remained above 25% in the final months of 2012. South Africa continues to face the triple challenge of chronic high unemployment, poverty and inequality amid a slow and volatile domestic and global economic environment. The National Development Plan needs to be implemented to address structural bottlenecks to job creation.
Despite a rich natural resource endowment, the country’s extractive industry continues to operate below potential due to the lack of technological progress and policy uncertainty. The ANC conference is considered to have at least partially alleviated the latter by ruling out outright nationalisation.