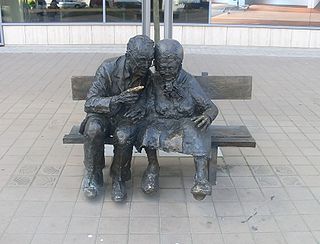 In the history of the human race (homo sapiens) it has been important that men and women join together in a single relationship (monogamy). Why is that? It is so they can support each other, live together, have children, and jointly support, nurture, and successfully bring up their family to adulthood. Many other creatures are like this, including ninety percent of birds like doves, swans, ducks, penguins, and eagles, but  (rarely) animals – except foxes, species of wolves, mountain lions, gibbons and some others. Many other animals though are less choosy (over 95%, in certainly the mating season), and so will mate with many others of their species, as their innate priority is to carry or begat young – for example orangutans, kangaroo, etc.

What has gone wrong with the human race then? In the Western world mostly, and certainly in the UK? For a start we have done away here with all censorship – no more blue pencil deletions by the Lord Chancellor’s Office, like in the 1960s. No restriction on the now disgraceful sexualisation of our media, or the pornography feely available on the internet. You can’t even be a female singer these days without showing off your body like at the old Windmill London or Paris’ Follies Bergere or Moulin Rouge  – how sick is that?

Human male instinct has always been to seek female partners, so they can hopeful y promulgate their genes. Women on the other hand have been less forthcoming, because since they are the ones that have to bear babies and nurture them, they have insisted that their male partners are faithful, protect tem, and look after and provide for the welfare of the family.

But all that has been transformed in modern times. What changed? Simply, the sexual revolution and mainly contraception – specifically the pill (introduced in the mid 1950s, and now taken by a hundred million women worldwide and nearly four million in the UK). As late as the 1950s and 1960s boys were frightened to have sex with their girlfriends, because the consequences of getting them pregnant were unacceptable (15 shillings a week child maintenance imposed through the Courts!)  – and the girlfriends were equally scared, as having an out of wedlock baby was a life changing disaster. Male contraception was not readily available either and abortion was illegal in the UK.

In the 1960s the female contraceptive pill became steadily widely available. This meant that women would no longer face the fear of getting pregnant, and boys could coerce them into having sexual relations without any real commitment. Also, in 1961 David Steel (he has some regrets now!) of the Liberals in a private members Bill, convinced our wonderful MPs and Parliament to legalised induced abortion, to stop the so called scandal of a few hundred women having illegal abortions and a few dying in the process; so we now have about two hundred thousand abortions in the UK every year (over 95% funded by the NHS whether private or not), the majority on single women, non-white women, and the numbers increases all the time, not gets lower, with their mostly healthy live babies being suddenly ‘terminated’, many women coming from abroad to get the procedure in Britain (over sixty thousand – at our expense!), and nearly three hundred women dying or injured  and many others suffering bad psychological effects– what a result eh!

It is true that there has been a dramatic drop in maternal mortality rates since the 1940s, but this is due to other factors (like development of penicillin) and NOTHING to do with the legalisation of abortion! [American statistics show that despite contrary claims in support of their legislation, that such legalisation there in the 1970s brought NO decline in the number of women dying as a result of abortion!].

You see it is a women’s ‘right to choose’, so sod the human unborn child (some sadly already well developed and 99% not handicapped at all – and certainly no congenital malformation), and one assumes that the women have a god given right to repeatedly have unprotected sex? And as many abortions they like to boot (over 35% have more than one – about seventy thousand here, so it is used nowadays as another method of contraception!). Sad isn’t it.

What else did our UK political leaders do to us? The made divorce ‘easy peasy. It used to be really difficult to get out of your marriage and its consequential responsibilities. It doesn’t matter now how long you have been married, or how many children you have created, or how rich or poor you are – divorce is available ‘on demand’ (within a matter of weeks, if you fall out with your spouse – you just have to say you find their behaviour unreasonable; like say not taking you on holiday enough or not doing their share of the housework). Recently Nigella Lawson was quickly divorced after 10 years by her then husband multi millionaire Charles Saatchi, in 70 seconds in the High Court ( no legal representatives!) and only 8 weeks after HE was done for assaulting HER – how can that be right, CRAZY (he now says he ‘adores’ her’ and is broken hearted!).

[We used to laugh about foreign men who could divorce their wife by simply saying “I divorce thee” three times – it is actually easier than that in the UK now!]. Many men and women are now unfaithful and have sexual affairs destroying their married relationship – something very rare in past Britain history (and now a sad reflection on our modern lifestyle).

Nowadays, even young girls have sex wily nilly with any bloke they go out with – it is expected you see. Despite the readily availability of contraception, for both men and women, they both have unprotected sex on so called ‘one night stands’ and the females get pregnant (what a surprise there then). Babies are born into poverty and a household unable to secure their proper development. Oh yes, our society provides social security for these silly irresponsible people, houses them, and allows them to just survive without having made any contribution to society – the more children they have (often by multiple fathers) the bigger house and more money they get. The fathers simply go from woman to women, often don’t work, live also on the social, and get someone else pregnant. You see, many people don’t have any self respect, pride, or have no standards these days (gone are the times when housewives used to take pride in refreshing their front door step’s red tiles!).

You will find that your children, both girls & boys, won’t bother to even get married these days (there is little incentive you see) – they simply, in your horror, go to live with their loved one, and frequently also have children together. They think that in jointly renting or owning a house or flat, or having a joint bank account, it is a real ‘commitment’ – what a joke that is! Sometimes they eventually get married – but goodness knows why.

[Ah well, the World changes, but doesn’t get better does it!]