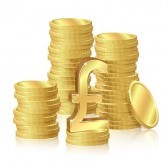 Are you not sick of the way our politicians abuse the system to spend our public money – the hard earned cash YOU pay in taxes? They simply rake it in without any regard to responsible spending – it is not their money you see, so why should they care? The rest of us think hard about the money we spend – sometimes reluctantly stopping ourselves forking out some little bit of money simply because really ‘we can’t afford it’. Our trusted (?) politicians (even the senior ones!) don’t have that constraint – the money source is a totally bottomless pit. If they can get away with it they will – oh don’t worry, they CAN get away with it, the way things stand!

A lot of Tories are at it, but not exclusively so – you get Labour and LibDem shysters as well, but they are usually less well heeled!

An MP can express an interest in a particular topic, which they say they need to ‘research’; perhaps the way the farmers in New Zealand cope with the welfare of their sheep during the lambing season – so, instead of looking after their own constituents, they are off to down under at your expense; then perchance they develop another interest in how the Arabs sort out the problem of camel dung – now, abandoning their duties again, they are off all expenses paid (by you) to the middle east a number of times. The fact that the MP involved represents a socially deprived northern industrial conurbation doesn’t seem to matter, or cause waves of suspicion!

Anyone who has worked in big corporations know that the one thing they have in common is a BUDGET for everything – a budget for overseas travel, a budget for UK travel, a budget for expenses UK and overseas, a budget for entertainment, a budget travel rail and taxis etc, and a budget for all else. Not YOUR British parliament of course for MPs – what is spent gets spent, without limit (that is why we get surprise after surprise on MP expenses, increasing costs, and ongoing disturbing disclosures on their excesses.

There are a minority of MPs who behave responsibly and reasonably, but you can be assured that they are few and far between (perhaps your MP is one of them – why not find out? You CAN do so as such things nowadays – they are currently published). If you have been involved at all in detail with MPs you will have come across the few genuine thrifty ones!

After the so called ‘expenses scandal’ in 2009 (a major political scandal exposed not by the proper authorities, who desperately tried to block it, but by the Telegraph newspaper! It involved both MPs and Lords, and such things as mote cleaning and false accounting et al. There was massive public anger and outcry, followed by MP & Lords sackings, resignations, de-selections, party expulsion, retirements, repayments, suspensions, and even a few convictions & imprisonments (not enough!). Abuse was very widespread and in some cases involved hundreds of thousands of pounds – justice was never really done in many cases so most of them got away with it! Lord Taylor did not – he was a failed conservative MP candidate who was then gifted a seat in the Lords – he was the first black Tory peer, and abused the role (punishment – a years prison sentence and £150K fine. Not enough). Oh yes, he is back in the lords claiming more of your money!

There was then supposed to be a massive crackdown! They said they were going to save us the taxpayer millions! Did the surviving or new MPs and Lords give a dam – don’t be silly, of course not, they just carried on best they could with some new hurdles to surmount, so THEY ARE STILL AT IT! What you have to understand is that those ‘approving’ MP expenses are basically junior employees, glorified pen-pushers, without the authority, skills, or ability of the people whose behaviour they are trying to monitor, control and keep in line! They lose hands down of course – the expenses bill has actually increased by nearly ten percent and has reached the dizzy heights of nearly a hundred million pounds in the last year – some crackdown eh?

In business, expenses are signed-off by the boss (who has a corporate limit to how much they can approve). More importantly, employees cannot incur company expenditure without ‘prior’ approval by their manager. MPs don’t have a real boss so simply squander money on whatever they think and then claim it back as money spent! They can for example employ their relatives or friends (and about one hundred and fifty now do – – a recent spurt by nearly twenty percent – costing you £4million!), on any inflated salary they chose (even unqualified teenagers can be given say fifty grand!) – And YOU pay, simple. They can live conceivably in an extremely expensive flat over the Thames – And YOU pay, simple.

Are you happy about all this?

WHY DOESN’T PARIAMENT FOLLOW THE SAME RULES AS BUSINESSES?

Oh don’t worry though, the MPs are brawling even harder to keep or yet improve the gravy train – after all they think they worked hard to get on it! Despite a large salary rise (eleven percent compared to inflation of 2.7 percent) to be given soon, as reportedly being in the pipeline, they want to keep all their current benefits (including TVs). The idea was that MPs would lose their ‘perk’ allowances for meals, hotels, taxis and the like – but they are going to fight that tooth & nail! Just take the money and run, is their policy!

What after life in the Commons then? Well you get an unbelievably generous pension, but also if you managed to get yourself well placed and your nose clean you can hope to get ‘elevated’ to the House of Lords. You can carry on the gravy train there – it is just a different one, and a few different rules to learn.

The Lords is also a good place to head for by the retired business elite. Unfortunately, you have to put in some front end cash, but it is a good investment. Simply let it be known to the right people that you want to go to the Lords, then donate a reasonable sum to your party of choice, say £50K or £100K. Then what you can do is every day drop into Westminster, pop into the Lords, and sign in, collect your £300 daily allowance tax free (you don’t get a salary you see), and then head off to your favourite Club in London, or go shopping, or lunch, or the theatre, whatever– you don’t have to stay in the Lords, or speak in debates, nor indeed do any political work there or anywhere else for that matter – you just have to turn up and show your face.

Your daily allowance will pay for your first few bottles of champagne and your other expenses, the rest of your drinks and entertainment (of course you can claim expenses as well silly – thousands of pounds available) – all paid for by the taxpayer!. Look at it from a commercial point of view – you can get your ‘investment’ back in a few years, and then it is profit all the way to the bank (and being treated as a LORD into the bargain – a real bargain, wouldn’t you say?). You can even earn extra money by using your status symbol title to appear on the board of a company – you can be on there on their headed notepaper, without again ever having to turn up, you just pocket the retainer!

Involved in scurrilous behaviour for instance, was peer Lord Hanningfield (a Tory former chainman of Essex Council) who was convicted of six counts of fraud and was sentenced to a term of 9 months of imprisonment (an ‘ordinary’ criminal would have got 9 years!) and was fined forty grand. Of course he served his sentence in a cushy jail, then was allowed to return to the Lords (why the hell is that?) and still lifts many many thousands of pounds in attendance and expenses – all funded by you!). Well done the law and us taxpayers!

What is the problem here? It is that the politicians themselves are the ones ultimately ‘in charge’ – despite MPs having the Independent Parliamentary Standards Authority established to oversee expenses. As far as the MPs & Commons is concerned, ALL expenses should be abolished. Instead each MP should be awarded a ‘fixed’ allowance – to spend how they please (employing relatives, or flying the world, or buying friends dinner, whatever). Then they are accountable to their electorate on how they spend the money. Such an allowance would NOT be paid to MPs who don’t attend the Commons on a regular basis, unless they have leave of absence from the Speaker.

As for the Lords, no one should be paid just for showing their face! In time the House will be abolished in its current form, but until then any attendance allowance should be based on an eight hour shift – like the rest of the working population in a normal job providing an income! As for expenses, they shouldn’t get ANY! Being an unelected legislator and a Lord is quite enough surely!

[Ahh well we can only dream!]