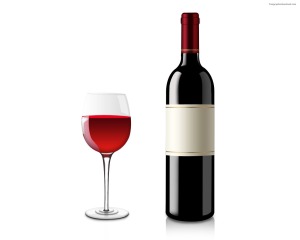 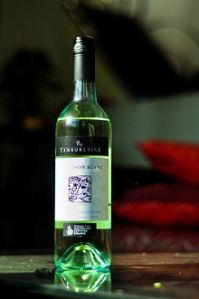 In the olden days the Brits drank good wine. Not the general masses of course – the serfs made do with beer – but the aristocracy. But they didn’t buy it here (there were no Off-Licences in those days!). No, they simply raised a small army and boated over to France, kicked the hell out of the French, and stole their best wine.

Obviously, that couldn’t go on, as we became more civilised and less warlike. We then had to get our wine by trade mostly from France (the only wine producing country we had close access to in those days – other traditional producers were Spain, Portugal, Austria, Italy Germany, Romania). However, the French hated us – wouldn’t you if you kept get marauders sacking your country and stealing your wine? They then hated us even more with a vengeance, when we saved then in the war (WW2 with Hitler/Germany) – illogical but true.

By the 1960s ordinary British people started to drink wine – probably as they came across it holidaying abroad; so the French shipped us all their crap wine – and we drank it not knowing any better! In fact the French were shipping us more wine labelled as chateau produced than the TOTAL production of the whole country! We were totally conned in those days!

That went on for many years until the ‘New World’ wine started to reach the UK (South Africa, Australia, New Zealand, Chile, Argentina, America, Canada). When we had tasted ‘proper’ wine, the French had to let us have the semi-decent stuff! Many of us older people are still resentful however and now boycott French wine, though some of it can be really good!

French wine is historically associated with a particular region of France, and therefore is often named after the production area in respect of the best wine (Bordeaux, Jura, Alsace, Champaign, Rhone, Burgundy, Loire, Beaujolais, for example, and the authorities control production standards [the Appellation d’Origine Contrôlée (AOC) system] – this is because the French are convinced that the actual soil is of paramount importance in determining wine quality. France produces about ten billion bottles of wine a year! The new world producers however, like Australia, simply employed a scientific approach to determine how to make quality wine, and their wine is based, named, and marketed by, the grape variety used to produce it. (Shiraz, Cabernet Sauvignon, Chardonnay, Merlot, Semillon, Pinot noir, Riesling, and Sauvignon blanc etc). Consequently, most of it is very drinkable, and some is very high quality! The French started to loose their world marketplace, and had also to start selling some of their wine based on grape variety as well to compete.

What about wine production in Britain? Well, we haven’t really had the climate (as it has been petty cold or cool in the past to grow grapes – which have high sugar content and fruit flavour and can make good wine).

Traditionally we in the UK have fermented home-made wine for personal consumption, and hospitality, for thousands of years (though a bit hit & miss on quality really!) from honey, vegetables, fresh fruit, berries, and blossom (mead, apple, pear, dandelion, plum, blackcurrant, elderberry, wine to name a few – potatoes have also been used as a starch source also, and can be used to make high alcohol spirit by distillation!). Some of these wines can be very good (and potent!).

However, we now in modern times have a few vineyards growing grapes, and they can and are producing wines of the highest quality- we have been winning international awards for our wines including sparkling wine (beating the best French Champagnes hands down!).

Well, are we in the UK still being ripped-off these days on our wine? You bet we are! How is it being done when we have we have wine coming to us from all round the world – many many countries now produce decent wine and ship it to the UK?

In the forefront is our government – they hit us with an unbelievable high tax that is why when we go abroad, to say Portugal, we just can’t believe how cheap the wine is – and it is NOT simply because they are very big producers!

Then perhaps the biggest disgusting con – the wine retailers pretend to discount their wine – it is not just your friendly off-licence, but your own favourite supermarket. What they do is claim that a certain wine is ‘on promotion’ so is being sold say at ‘half price’, or a third off, or three for ten pounds, etc. But it is all a con! Bet you have fallen for it? They claim that the ‘real’ price is say £12 reduced to £6 – but it isn’t really that quality; it is a £6 wine and sells for a large part of the year at that price (it occasionally goes up to the higher price – to keep within our ‘inadequate‘ & ‘ineffective’ law – and of course doesn’t really sell!

The other thing that you probably didn’t know about the wine you buy is that the money you are spending doesn’t give you much wine value. The most popular price we target to pay for our bottle of wine is £5 – how much of that money is actually invested in the wine itself? £3? £2? 50p? NO – only 20p! All the rest of the money is going on tax and overheads! In fact if you want to get more of your cash spent on the wine itself, you will have to pay more – £7 say will get you £2 of actual wine!