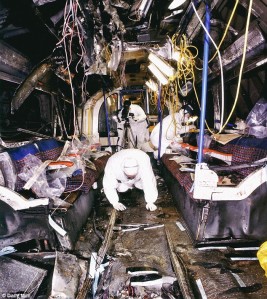 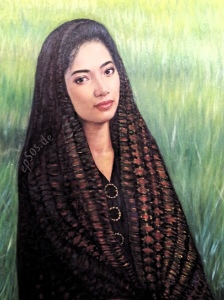 The inborn British society is uniquely tolerant to other cultures. Rightly or wrongly we have embraced the concept of a multi-cultural community (unlike most other countries). We have absorbed immigration from many other countries with different backgrounds and values to ourselves. We have keenly accepted the foods of foreign lands and indeed enjoy many different types of restaurants serving food from all round the world. We have provided employment to all those coming to this Country and we welcome shops opening selling their national food and drink.

We provide an equal opportunity in education for all children living in this Country. We ensure there is a policy of non-discrimination against anybody, and our national laws are in place to ensure equality in respect of gender, age, the work place, social facilities, religious, and political views etcetera. We also enact a fairly soft approach to political asylum, and even treat illegal immigrants with a surprising level of respect.

There is no doubt that in general we feel that Britain has benefited from the bulk of the foreigners who have chosen to settle and work here. But there is a growing feeling that some of the foreign communities have taken advantage of our welcome and tolerance. It causes major problems when such communities’ takeover large parts of our cities or towns or other areas, and then expect to impose their different will on the British culture.

Probably the greatest issue that Britain now faces is the one of religion. We are a Christian country (so fundamentally a Christian society), yet we are happy that others practice their own religion here, and we have a long history of tolerance of what others believe (as a race we have matured from the days of the Crusades, when we thought it was OK to try to force Christianity down the throat of other races!).

Unfortunately, other religions have not yet matured to that extent yet. In particular some Muslims have embarked on a worldwide violent campaign to force populations and governments to turn counties into Islamic states. The World also suffers from a horde of abominable terrorists and though in Britain we readily accept that not all Muslims are terrorists, but we find that all modern terrorists are Muslims, sad though it may be.
There are well over a thousand extremists in yhe UK, who present a significant risk tp our society

A Muslim school was opened last year in Derby and is funded by the State (Al-Madinah free school, which got shut down on an Ofsted inspection) – but did they embrace and employ our culture and standards? Apparently not – they abused the situation and differentiated between boys & girls, and amongst other things, forced non-Muslim teachers into an abnormal dress code with excessive clothing & hijab, headscarves etc. This kind of enforcement of so called Islamic values annoys the rest of the British public. This school’s funding should be withdrawn immediately! [free schools are not properly controlled and are costing us a fortune!]
Unbeknown to the general public a lot of our funds are actually being channelled into Islamic Groups through various agencies.

Muslims had a significant victory against Christianity, when after a long siege they sacked Constantinople in 1453 and drove out the Christians from their last major enclave and stronghold, which was part of the Byzantine Empire. The invading Ottoman Empire turned major Christian imperial worship Churches into Mosques and in some counties they had conquered they imposed a hostile Islamic rule over the population, though there was some tolerance to Christians when that suited.

Many of the Muslim terrorists have been so called “radicalised” by rogue Muslim preachers (Iman clerics), who seem to be allowed to operate in many places around the world, and spout their bile of hatred and violence without retribution. Some of these terrorists are born British Muslims or are Muslims who live here in Britain (converts to the religion seem to be more susceptible to such sinful mind-bending). Some of these terrorists become suicide bombers or embark on suicide missions – males having been told that they should die in the ‘battle for Allah’ and will become a martyr and go to Paradise and have rewards including seventy two dark eyed virgins (and that surely demonstrates the sick way in which these fanatics see women, their role in life, and human relationships!).

[Apparently, female martyrs will find their husbands in Paradise, but if they had had multiple husbands in life they will be able to choose the best one as their eternal spouse in the afterlife; they will be beautiful and happy, & satisfied to be with only one man; also they will be superior to the virgin maidens there, and hence their husband’s affections will never stray. Again this demonstrates the perceived place& role of women!].

There is something wrong with a contemporary religion that promulgates violence towards others and apparently the Islamic religion thinks that jihads and fatwa’s are acceptable tools to promote their cause. This ideology doesn’t fit in with our inherent British standards and we shouldn’t allow this kind of philosophy in this Country.

Christianity can of course be embarrassed about some of the passages in the Bible which also promulgate violence – but British society has denigrated that these days!

Unfortunately the Islamic religion can sometimes not be tolerant and cruel to ‘non-believers’, and can be aggressive to (and even kill) those who give up or want to leave the religion!

There are two common major groups of Muslims – Sunni & Shite – and despite the fact that their religious beliefs are apparently very close, there sadly can be violent conflicts between them in some overseas countries.

The vast majority of Muslims in Britain are of course respectable, peace loving people, and worthy of being called British. There is however some bad eggs amongst them, as you can get in any society, but in the midst of these are extremists, and the problem is that they are allowed to feaster and develop their evil. These people are taught to hate our way of life, and though many of us here are not satisfied with everything in the way our Country works, we don’t actually hate it!

The Muslim people and their Leaders are not doing enough to put a stop to the wicked brainwashing of these few, who are giving Muslim beliefs a bad name, and they are not stopping the wicked people who are doing it.

Our country authorities are also not doing enough (nor overseas governments). Some of these extremists, mainly young men, travel abroad to train in terrorists’ activities and then return to the UK – why are they not detected and questioned? It can’t be rocket science to find out where they have been and why can it?

Muslims are increasingly finding it difficult in modern Britain to belong to the society in which they live, and this needs to get sorted quickly – it is essential that they want to belong and avoid the flack that seems to be increasing. There have been many incidents of unacceptable violent behaviour towards innocent Muslims – this is because there are many bigots (often immature young men) in British society. Hopefully they are all caught and severely punished.

One cannot help feeling that sometimes advantage is being taken of British open-mindedness – a case in point is the attempt to impose an acceptance of women wearing the hijab (often referred to as the ‘veil’) in Britain – in Hospitals, Schools, Law Courts Workplaces, Shops, in the Street, et al. This is not an acceptable dress code for this Country.

We expect all people to be recognisable in public places and in particular where they are dealing face to face with others, professionally or in public situations where criminal activity is a risk (that is why people are not allowed to wear crash helmets, or balaclavas, or hoods in certain places!)

What people wear privately is of course their business. We in Britain are normally tolerant of what people want to wear, but this form of dress (in conjunction with the basic Burka form of clothing) is designed to completely hide a women’s form and facial features (or as they would have it ‘beauty’) – it was developed really by men to enslave their women. Often in Islam women are badly treated and are deemed as not being equal to men – this is not acceptable in Britain. Women wearing the hijab sometimes are forced, or pressurised, into doing so (and can face beatings, harassment, or worse!), and sometimes they believe it is part of their religion. But is it really? The majority of devout Muslin women in Britain do NOT wear the hijab (or the burka form of dress)!

Male terrorists and criminals have even been known to mask themselves in burkas & the hijab to commit murders or escape justice.

This Islamic form of dress has been banned in France (in 2004), though this was a controversial move – some women however continue to flout the law and consequently sometimes face unacceptable attacks by French louts. The Dutch and Belgians have also banned face veils. Many other counties are considering bans on face veils – some countries already have legislation against face masks, so that applies to the hijab equally.

The only Muslim-majority countries which have banned the hijab in public Schools and Universities or Government buildings were Tunisia (in 1981, but lifted in 2011) and Turkey (in 1997). Syria also banned face veils in Universities in July 2010, but this ban was lifted during the 2011 uprising. In some other Muslim states there has been a partial restriction or some discrimination against women who wear the hijab, because it’s seen as a political sign against the secular government there (Morocco for instance).

Most British people are frightened to speak out about bad or unacceptable Muslim behaviour, as they fear being classified as displaying Islamophobia (a neologism referring to prejudice against, or hatred and racism towards, Muslims). There is therefore no open debate on the problem of Islamic extremism.

In general, we are all happy to live cheek & jowl with Muslims and our kids go to school with them, become friends as individuals, and often have a lifelong camaraderie, and us adults of other religions often have Muslim friends and acquaintances (different religious beliefs is never an issue).

But we basically don’t want to see the hijab in our British society!

[This Post was not produced without some personal soul searching, as it is bound to be controversial and provoke mixed reactions – but something had to be said!].