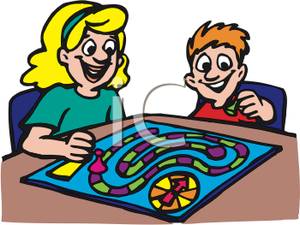 We have entered an era where new sophisticated electronic gadgets appear on the market on a daily basis. This unusual explosion is confusing most of our adults, and they don’t always feel comfortable or in control. The problem is that as humans develop they get a bit ‘set in their ways’ and new innovations are a bit of a struggle to get hold of!

Unbelievably, most adults have got used to the most striking gadget of this century – the computer. The average family comfortably use their home computers – and know a bit about desktops, laptops, and netbooks, etc.

Also, of course adults have had also to learn to use computers in the workplace, as these have increasingly become an essential part of business. Some 50 years ago when computers were kicking-off, no one would have believed the future would include such widespread public use of computers – in those days it was certainly ‘experts’ ONLY!

Nowadays, schools are rightly heavily involved in educating their pupils to use computers – from an increasingly young age as well.

The really big development in computers is the invention of the ‘internet’ – this has given the power to the average person to both communicate easily, find things out, and run their lives differently – like internet shopping, or on-line banking, etc. In past years computers were relatively slow and the ‘on-line stuff’ was quite sluggish – but these days we have very unbelievable fast computers, with massive amounts of storage memory available, as well as other facilities, supported by powerful cheap software programmes; we also have high speed broadband around now, which allows very quick connectivity to and downloads from the internet, as well as ultra quick ‘real time’ personal communications.

The other major gadget in our modern society is of course the mobile phone – it used to be a yuppy device, but now it seems to have taken over all our lives in the past decade! Everywhere you go, there is someone speaking on their phone or texting – a nightmare scenario (there is no escape!).

We are now in the era of the ‘smart phone’ – in the early days mobiles were for making telephone calls, but not any longer! Also they not only have to provide you with a contacts list,  give you text messages, and include a digital camera, but they have to perform many other functions as well through so called APPs ( tell you the weather, give you maps, list bus times, give tube maps, tell you about stocks and shares, give you a calendar, give you reminders and notes, provide  you alarms and stopwatch, include a calculator, supply a games centre, give you news, offer a torch, incorporate a compass, let you listen to radio programmes, act as a satnav, and hundreds of more things!

Are adults responsible when it comes to introducing their children to modern gadgets? Possibly NOT!

Many parents seem to think that should shower their kids with every gadget available. We live these days in a sick society – we are developing our children into a ‘must have’ approach to life. We have got into a ridiculous situation where even 5 year old kids are walking around with top mobile phones! Then even young kids have got to have their ‘game consoles’ as well as their own personal laptop, music playing ipod, and numerous other electronic games and gadgets as well.

The thing is that kids are good with gadgets – they are in a learning stage of their development and pick things up quickly; they aren’t frightened of failure (unlike adults!), and they are not inhibited like adults – so you get a toddler able to work a smart phone better than its mother!

Use of technology gadgets (including television)  is a danger if not controlled – you can get a child who does not communicate with its environment, but simply sits in their bedroom engrossed in their games machine, or DS, or some other electronic gadget. In the USA it is said that children over 8 years of age are spending nearly 8 hrs of their day using gadgets!

There is not a lot, or even nothing, wrong with children having SOME gadgets, but this has to be balanced with other activities.  Research has shown that overuse of gadgets leads to not only a loss of family interests, but also bad school performance, impatient behaviour and laziness, and even violence – perhaps also obesity (so many of our children are now clinically overweight and classified as obese – giving rise to serious future health problems for these children (such as asthma, high cholesterol, bad blood pressure, diabetes, sleep issues, etc!).

Toddlers, as young as 4 years of age, have needed mental health treatment for their addiction to Smart phones and iPads etc! Parents who allow their very young children to play with computers and other gadgets for hours every day are risking hazardous long term effects to their development,

Grandparents are often the ones to introduce kids to the interesting  ‘old’ style games – such as Ludo, Snakes & Ladders, Puzzles, Book colouring, etc, or even just ‘playing out’ with other kids (and they absolutely love it all!).

Teenagers are also at risk, if they become addicted to using the internet – they can suffer actual ‘brain damage’ (as shown by MIR brain scans) – some can spend up to thirteen hours a day on their computer (mostly games)! Memory and concentration is affected, as well as decision making ability, and causing behavioural issues.

[It is natural for parents to want to give their young offspring ‘everything’ – and in this material world of ours, that can mean ever more expensive toys and gadgets (which of course gives their kids the edge with status and credibility with their friends!).

Affluent parents are most at risk of overdoing it.

How are you handling it? Badly or Well?].

5 thoughts on “Modern Gadgets – Should they all ‘really’ be given to Kids?”