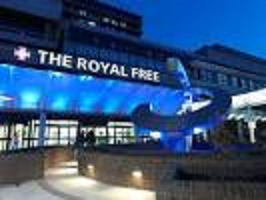 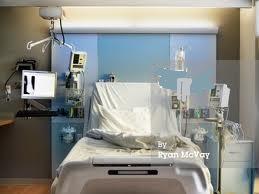 “We will maintain funding – we will increase health spending every year”

Anyone who has had the need to use the NHS for a serious illness or incident, and had to go into hospital for instance will tell you that there are a marvellous set of dedicated Doctors, Nurses, and supporting staff there to look after you and even save your life. Even Hospital food is good these days! That is not to say there can never be small problems and niggles – hospitals are large complicated organisations, so there can be some issues (the big thing though is that you can see that they are always reviewing and striving to try harder).

There are of course some hospitals that let the side down Whips Cross is the latest name in the frame. But these bad apples are the exception and are getting sorted out.

Under Tory PM Margaret Thatcher in the 80s and 90s our hospitals were driven into the ground by the Conservative government- bad outcomes and long waiting lists etc. She replaced clinicians running things with managers – a disastrous unsupported move! It then took the Labour administration under Labour’s PM Tony Blair to start to rescue the situation. Things were so bad that it took a lot of money – we didn’t have enough doctors and nurses so had to employ expensive agency and foreign staff ; it was financially inefficient but there was no other way to sort things out quickly. Large investment then had to be made to train our own staff – a five year job at a minimum,

The Tories are BACK now (as the lead part of a coalition government with the LibDems) so we can expect it all to go rapidly downhill again now AND IT IS!

One of the problems the NHS faces is that there is Private Health Care running alongside it. This is a client funded service (well mostly paid for by employers as a perk actually!) and this provides a lucrative second income for hospital Consultants, nice buildings, a quick service for clients, with ‘cordon bleu’ food thrown in!

NHS waiting lists are driving up the use of private health care – for example in Scotland there has been a sixty percent rise to over forty million pounds! Cut backs in NHS treatments and long waiting lists are forcing more and more patients to pay privately for their treatment (the Private Health Care providers are laughing all the way to the Bank!

They do bog standard operations to make a lot of money – nothing difficult or challenging (no brain surgery, no heart transplants, no major cancer ops, etc). The irony is that they sometimes even screw those up – they don’t of course have any recovery capability like Intensive Care (too expensive & difficult), so they then ship their failures by ambulance into the local NHS Hospital for a free emergency rectification (why we allow this god only knows!).

The Tories would love to expand the existing private involvement in the NHS – they would privatise it fully if they could get away with it! (Though they are careful to always deny that!) You see the Tories are totally obsessed with ‘privatisation’ – it’s genetic somehow! The fact that EVERY UK privatisation has been a disaster, from a public point of view, doesn’t seem to register with the Tories at all (BA might be a sole exception – but that is a special industry case and anyway one swallow doesn’t make a summer does it!).

The Government claim to be good boys – they say they are putting in the same money as before [in reality a reduction of half a percent over 4 years]. BUT this has been accompanied with the biggest and most expensive top down reorganisation the Health Service has ever seen since inception 60 odd years ago (with no mandate!) – And was one nobody wanted [for example it is opposed by the Royal Colleges of GPs, Physicians, and Nursing – despite David Cameron claiming the opposite!]. Chaos now reigns and money is squandered right, left, and centre! [Remember the promise “no top down reorganisation?”].

Waiting lists are going up AGAIN – no surprise there then! [Patients waiting longer than the 18 week target are up by 35%] There is a massive crisis in A&E with ambulances being forced to queue-up outside hospitals (as the A&E department won’t let the patients in as this starts the clock ticking regarding waiting and treatment times – better the patients dies outside in the ambulance than inside A&E  [bad for the hospital stats you see!]. Some three and a half thousand patients have been forced to wait in ambulances outside hospitals for at least 2 hours (a rise of two thirds since last year – some people wait as long as 8 hours, Shocking!

A very successful NHS Direct ‘professionally staffed’ telephone service was replace with a failing ‘amateur staffed’ 111 Service – now all the providers are pulling out as they can’t make a go of it! That was all in a vain attempt to save money (not to improve service!) AND of course it was to involve 3rd parties in NHS work.

The public’s satisfaction with the way the British NHS runs suddenly dropped like a stone in 2011 (the Tory led government took over in 2010!); ; it had been at its highest level ever at some seventy percent and fell to only fifty eight percent – the largest fall in any year since the British Social Attitudes survey began in 1983!’. Similar satisfaction drops were identified in services such as inpatient, outpatient as well as A&E. There had been practically year on year improvements since 2001. [Satisfaction rates don’t necessarily correlate to actual performance of the professionals of course!]. There was no recovery in 2012 – only 61% satisfaction; satisfaction with care services is a derisory 30%. Well done the Coalition Government!

GP Doctors and surgeries are also in the mire – they now say they can’t cope or provided a good service. GP practices also reported payment chaos after the April handover of financial responsibilities. If a patient wants an appointment with their GP they can expect to be offered one in 2 weeks time! [Let’s hope they are not critically ill!].

You have to feel desperately sorry and admiration for the poor souls at the front line desperately trying to deliver a high quality service to ill people!