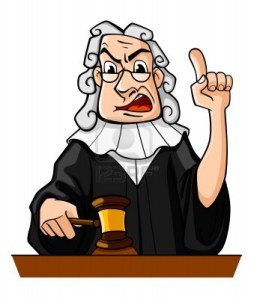 Treatment of criminals in Britain is a joke – but it is not funny.

We don’t have enough prisons. We won’t build more because we can’t afford it – but we can spend billions of pounds on foreign wars in countries that have nothing to do with us (and hate us and our lifestyle and values to boot)!

We ought to build and staff double the prisons we have until we sort the problem. Take these people out of our society once and for all. Prison officers also need to be sorted out – they are really well paid but let prisoners get away with anything (so the officers can have a quite life!). Drug taking (and boozing)  in prison is endemic – why is that? Because those responsible don’t take their responsibilities seriously.

Every major town police station should have cells (like they used to in the old days). Then lock the Bs up straight away- nowadays they are released on bail,, employ a clever lawyer (on legal aid paid for by YOU) and go to court many many months later to get off or have a lenient sentence. They should be appointed a public lawyer, and be in court the next day. Those given prison often have it ‘suspended’ (and do so called community service – who invented that ridiculous joke?) I am aware of a woman who was convicted by the court of stealing £10K from her employers – suspended sentence and community service working at a dog rescue centre – she was a dog lover and relished the work!Why don’t we have ‘harsh’ prisons like they have in America? Because the ‘do-gooders’ got their way in this country. Why don’t our MPs follow the wishes of the majority? Most people want the return of capital punishment (not for all murders but certainly the most evil). Keeping murders in prison for many years (but letting some them out to commit a further murder!) is costing the YOU taxpayer billions of pounds. We have Ian Brady, a multiple child killer without remorse, living an expensive life in a secure hospital – he wants to die and deserves to die, but we carry on paying for him to live.

The judges sentence people to prison – but they don’t serve their time! They have a cushy life there with good food, Sky TV, multi gyms, sports, untold visitors etc. Then they are let out half way through the sentence – because we are short of prison places! They are sent to open prisons (which are even nicer), or given day release. It is a hard life being a criminal – NOT.

Take the case of Stuart Hall – a pervert who has abused hundreds of women over decades –he was a BBC icon. He got away with it until he was old man (83) because he was a celebrity (what about the other BBC employees who connived and ignored his sexual behaviour – no action taken of course!) He was given a derisory 18 month jail sentence by the judge (some of his victims were kids as young as 9 years!). The court of appeal increased his jail term to 30 months – not nearly enough (with luck he will die in prison). When arrested he publically vermontly protested his innocence, causing futher pain to his vitims – then pleaded guilty in court. What about his family who also must have known what he was up to – yet also shouted out about his innocence – no futher words from them of course and no comfort to the vitims. Is hall contrite? Don’t be silly – of course NOT.

Judges are above reproach _ whatever perverse judgeents they make. Whatever of their decisions are overturned by a higher court. Are they ever called to book? Don’t be silly – they simply carry on with their high salaries and luxury state paid accommodation as they travel around the UK at our expense.

Judges get the job because they are smart-assed barristers who are good at reading the law books and remembering the historic cases. They are also good at ingratiating themselves with the establishment, and finding a job with a top firm. Like all professions they have their share of perverts, so don’t be surprised at some of the sentances following a conviction by a jury!.

Of course there is also Jimmy Savile – another disgusting BBC sexual predator who abused hundreds of women and children (the BBC who did nothing about it, despite it being widely known about  – an organisation claiming to have the highest standards and making programmes to expose wrong doing here and abroad).

[Don’t worry about it – just don’t get done for speeding or you will face the full force of the law!].