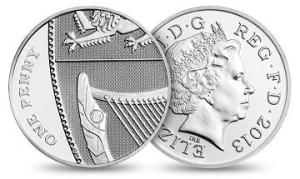 A baby boy has been born into a family on public benefits (despite the fact that the father has a well paid job)  – a child destined for a life of riches and untold privileges, all paid for by YOU (if you actually pay your taxes!). Said to be worth hundreds of millions!

An amazing event filling our newspapers for days and with other immense media coverage – born to a young married women, after the normal 9 months pregnancy and customary birth – though attended bt a gaggle ot top doctors (absolutely amazing). He was born in hospital. NHS? Oh no – £5000 a day private (paid for by YOU – well done!).

No doubt this baby brought enormous joy to the Mum & Dad (as did the over two thousand other babies born to parents the same day (without publicity)! Don’t worry though they all get a specially minted silver penny – costing YOU a tidy fifty thousand pounds, so well done all). But this baby was special – born to rule apparently.

All the rest of the hangers-on are pushed down one peg – but don’t worry they will continue to get paid their public money (provided by YOU), and be feted and fawned over as if they were special people – it is a difficult life though, travelling the world free by plane (first class) or First Class rail, or Rolls Royce and meeting sycophantic people, cutting ribbons, or having to eat expensive food (but never having to cook), living in stupendous houses (but not having to pay for them or tidy up or clean), not having to care for the babies they bring into the world, or even bring up their children (they will be well looked after until time to go to Boarding School – all paid for by YOU), and needing to shop for the best designer clothes.

You can be awarded (with your wife and kid) to an internationally renowned major city – even though you have never lived there (or indeed even visited very much) or ever done anything for the local community. Large tracks of land (and cities) were ‘gifted’ hundreds of years ago by kings & queens of Britain (for dubious reasons!), and is passed on down the generations in perpetuity. All a bit of a joke really. Just get on and work your guts to earn a living while they guzzle their bottles of champagne.

The Brits are good at winning wars – and dying in the process. Then we sell off all our country and our assets to the highest bidder! Well done all of you.

It is a tough life to be thrust into. No point or need to apply for this role though – all stitched-up already.

Women have to be careful though if they marry into the role. If they object to their husband’s disgusting philandering, they will be thrown out forthwith, left vulnerable and unprotected, might die, and be superseded by some ugly tart.

[Don’t fret – there is nothing YOU can do about it, that is the way the UK is, we are wimps, so just accept that life is a bitch! The Brits are not like the French who can overthrow their aristocracy, or the Russians who can liquidate those at the top, or even those who have rebelled in the Arab spring in Egypt, Libya, Syria, etc – sad but true].