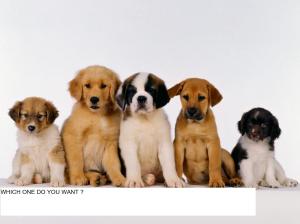 It is said that “dogs are man’s best friend”!

Dogs have a special place and role with humans. They are an animal that has over centuries become successfully domesticated – from wild dogs or wolves. They used in past times to have a purely working role – hunting, retrieving, protecting livestock, and guarding, helping fishermen with nets, etc. Nowadays most dogs are household pets.

They don’t work, but live in the family home and provide companionship. They become part of the family and are a valued and important part – not in the same category as children of course, but still nevertheless loved and cared for. Dogs don’t live as long as human beings (normally less than 20 years) so families generally suffer the trauma of their beloved pet dog dying.

There are still of course working dogs; we have greyhounds racing (and being killed off when they have become expendable); we have foxhounds hunting other animals for sport (they also get killed off before their time); we have guide dogs who do a fantastic job giving the blind mobility (but never get to run free which is a natural need); we have police dogs which are trained to be aggressive to people (but are well provided for); we have gundogs who retrieve game shot for pleasure (they live a frugal life and mostly sadly live in outdoor kennels when not working); we have sheepdogs rounding up sheep (and tend to be a semi-pet as well); we have rescue dogs who help lost climbers, or people covered by an avalanche, or buried under rubble from an earthquake (well loved and looked after); we have sniffer dogs that can detect drugs, money, food, things, people etc (and tend to be loved and rightly well  appreciated by their human handler).

Most dog owners don’t have a clue – they just muddle through. They don’t understand, or even try to appreciate, dog psychology. Dogs work to a different set of parameters than us humans – when they are puppies they have to learn to adjust to our type of life (and that can’t be easy!).

Most owners don’t train their dog – they don’t know how to, or are not willing to put in the time and energy needed. They ought to buy an instruction book – there are many good ones around. This is a crying shame because a ‘trained’ dog can have a much better quality of life – they are allowed to do things that an untrained dog can’t be trusted with – like being off the lead more.

Most owners think that getting a dog ‘house trained’ (so they don’t wee or crap on the carpet) is job done. WRONG. Dogs need to learn to obey basic commands – important things like SIT, STAY, COME, OFF, DOWN, HEEL, WAIT, BED – these will keep your dog safe. Commands should be a single word said firmly. Commands should NOT be repeated – if dogs are allowed to ignore a command, then they get used to doing that! They also need to be trained NOT to pull on the lead when taken out – you see even tiny dogs pulling their owners along the street like mad! It takes time and firmness to get a dog to walk at the side and focus on the owner’s movements – rather than simply do what they want.

Professional dog training can be expensive, but in many places there are dog clubs where people can take their puppy and socialise it with other dogs (very important), and  learn to train it – these can be quite cheap (as little as £2 a session).

Dogs are very loyal creatures. They are even loyal to their horrible owners who beat them or treat them cruelly. Dogs make a good loving companion and ought to be loved and cared for in return. A person’s hands are for stroking and petting a dog – and NEVER to hit it!

Dogs should be trained by reward not punishment. Dogs are animals of habit behaviour – so repetition in their training is the ART. If a dog learns a good thing, that you want, then it’s habit will make that it’s behaviour – but it learns a bad thing then that will be part of its normal behaviour – all of that is dog instinct!.

Dogs are expensive. People should not have get a dog without considering the expense. Dogs need to be fed – like humans it is not fair to feed them junk food (or human leftovers), and let them get fat. They need a good quality decent diet – and that is not cheap. They need to be medically cared for – like us, dogs sometimes get ill (for no particular reason), or get injured, and they need to be seen by the vet. Dog owners should register their pet with a vet – and see them for inoculations, worming, etc, and when the dog is unwell. Vets are expensive in England – dog owners unfortunately get ripped off by all vets (in Ireland they are more reasonable!). Also it is a wise precaution to have your dog insured (but that isn’t cheap)  – this gives you financial cover and peace of mind in case something really serious & expensive happens (like an accident or bad illness).

Easy cheap things dog owners have to do is give them a decent bed and access to water at all times – also exercise, as they need to go out a few times a day (not just for toilet reasons). They also need to have a run (in a safe place) off the lead. Some horrible irresponsible owners don’t take their dog out at all and just let them foul in the garden! However, it is important that dog owners clear up after their dog waste when out an about (and dispose of it correctly!)  – just like with human waste, it is dangerous because their poo contains deadly bacteria.

Basically there are too many dogs in Britain. Owners need to think carefully therefore about further breeding. Dogs need to be neutered if the owner does not intend to breed – breeding is an expensive task for a bitch owner, if done properly [many professional breeders make money by NOT doing it properly!].

Responsible dog ownership is lacking in many cases. What is really needed is a statuary yearly dog licensing system, so that dog owners can be properly controlled or at least monitored or stopped from owning a dog if necessary. In Britain dog licenses used to be mandatory and revenue went to local authorities – until 1987, but then it was abolished. The reason it went was that it was not enforced, so it was widely ignored (by about half the dog owners!), and also it was expensive to collect (though Post Offices). Also it cost owners only a derisory 37 pence! A new cost should be AT LEAST £50 to £100– that would stop irresponsible owners from getting dogs, and would allow the authorities to stop abuses (no licence for people who use their dog as a weapon, or mistreat it, or don’t keep it under control). It also should be compulsory for dog owners to have at least third party insurance.

The DVLA computer registration system for cars could be adapted to handle dog ownership as well at a minimum cost – it is geared up for dealing with large numbers of people living anywhere in the Country. In the same way as car licenses the fee could be collected at Post Offices.

Pensioners and owners of guide dogs etc would also need a yearly licence (all owners would)  – but this could be free for them. Other Countries DO have dog licences;  China ($500);  Northern Ireland only £12.50 & Ireland £20; Germany a ‘dog tax’; USA requires dog licences as does Canada, and Australia and Isle of Man; in New Zealand all dogs have to be ‘registered’. Why the hell do we do NOTHING in Britain?

If you are a dog lover and want to see them better looked after then get your MP to do something about getting a national scheme for dog licensing.