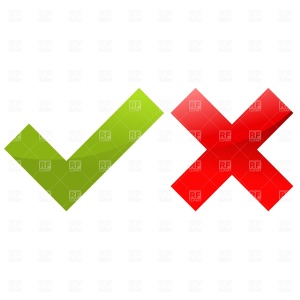 What can be said? Goodbye seems inadequate.

To be sure he is a good hearted man, but we fear that he is neither a Liberal nor a Social Democrat, so it is surprising that he managed to get elected leader of the LibDems in 2007 ahead of Vince Cable, who certainly is all of that, but that is politics for you.

He will no doubt be proud to display the title of ‘Deputy PM’ on his CV, but he is clever enough to know that it is a meaningless sinecure designation at the end of the day.

This comment is simply that he personally has destroyed the Party – what took years of grass root dedicated activists to build up has been lost, by him going into coalition government with the Conservatives – traditionally hated by LibDems – simply to enjoy the trappings of power, so he should enjoy.

The Party now makes strong claims of ‘stopping’ the Conservatives doing the worst of their political agenda, but this utterly ignores the fact that they couldn’t do ‘anything’ had he not put them in power in the first place does it?

The LibDems were naive in thinking that the Tories would let them get away with some kind of proportional representation and their not getting them to agree to back that change as part of the coalition agreement was sheer silliness.

Getting trounced in the sensible planned reforms of the House of Lords was just another shameful episode, though not as embarrassing as their dishonour over the student fees fiasco. Clegg will never get re-elected as MP for Sheffield, despite his massive majority in 2010, as he well knows – back obviously to the Conservatives there (or even UKIP).

In the May local elections the LibDem candidate here, indeed one recently appointed as an honourable alderman, who has a background of serving some 20 years as a councillor, came 3rd –  it was a lost cause and even UKIP got more votes.

Anyway, that being said, we don’t wish to be abusive and the purpose of this post is to offer some sound advice, which we hope Clegg will take? Pass the baton to Vince and go off to his beloved Europe – David will appoint him to a suitable post now, but Clegg has zero chance of him doing that in a couple of year’s time – Cameron thinks he owes Clegg nothing, so he needs to cash in now while he can and still has some leverage (he could say he is going to spend more time with your family).

Nick Clegg is undoubtedly a very skilled and a talented man, in the wrong place at the wrong time.

It will take 10 years for the LibDems to recover from his leadership (if they ever do) so starting now in 2013 would be a good idea don’t we think? Or has the arrogance of Mr Cameron rubbed off on him?

One thought on “Nick Clegg – past his sell by date?”