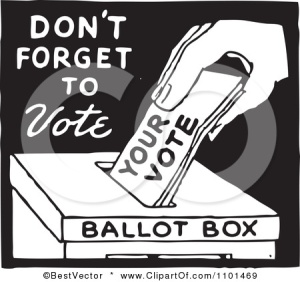 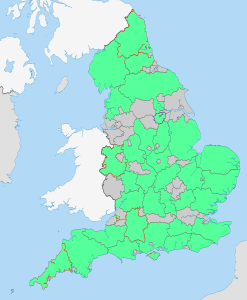 Well most of those in England will have Council Elections on Thursday 2nd May 2013 – bet you couldn’t sleep with excitement?

We all know who is going to win a shed load of seats (and Council control) –Labour.

Does that mean they are fantastic? We think NOT! It will happen because they LOST a shed load of seats (and Council control) four years ago when then they got trounced by the Conservatives!

The question is does it really make any difference who gets in? The Tory candidates are there because affluent people vote Conservative (so they can demonstrate they got rich themselves); the LibDems are there because they say they have principles and oppose & hate  the Tories (funny that they are in a coalition government with them though); Labour are there to say they support the workers (but loads of them seem to be from very privileged backgrounds); Independents are there because they didn’t get selected by any of the major parties (so you don’t or can’t can’t make out if they are right wing or left wing or any wing); UKIP are there because no one knows what they stand for including themselves (gives them a high chance of success though); the fun parties are there to keep you well amused (who couldn’t want to vote for the Monster Raving Loony candidate?).

Doesn’t the party in government rule the roost? Politicians pay lip service to the idea of ‘local control’ but in reality there is no way they can or will allow it. The likelihood of your duly elected chap or chappess giving a jot about you or your views is to say the least remote. They, for the most part, will concentrate on their vested interests and expenses (like the Tory peer Lord Hanningfield ex-leader of Essex County Council who got prison for his fiddling of £14K expenses and is again coining it in by claiming House of Lords £300 a day expenses with apparently not doing much work – not joining in debates or asking questions of ministers anyway – so over £20 grand is nice if you can get it); they are though very interested in getting the nomination as their party’s MP – that is really a much better gravy train.

Don’t misunderstand the situation. The Leaders of the major parties are extremely interested in who comes out top in the local elections – but it is not about doing anything for your local community – it is simply a numbers game. Whatever the outcome each party will claim ‘success’. The Tories will say “It is a good result for a mid-term government and demonstrates that we are having to make difficult decisions”. Labour will say “This is a massive result and shows that the government is out of touch – we will definitely now win the next election. The LibDems will say “This is a disappointing outcome, but us being in national government at a difficult time has badly hit us at a local level – we will though bounce back as we have done in the past”. UKIP will say “another great success showing that we are now a party to take notice of”. The rest of the candidates will say nothing about their failure (well they might say something but you can bet it won’t be reported!).

Ah then, should you bother to vote? YES. You can’t do any harm by voting and you will be paying for the contest anyway – let’s not simply waste all that money! At least you will have a say, right or wrong. Think of all those ancestors who fought and sometimes died to get you that right – so don’t throw it away!

POSTSCRIPT 3 MAY 2013 AFTER THE ELECTIONS
Honours were WON by UKIP: