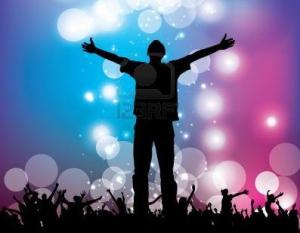 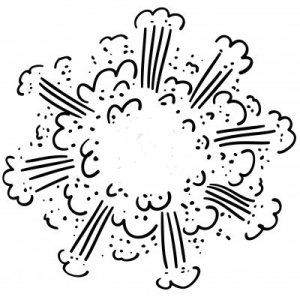 violence?
Many peoples of the World believe in a God. Indeed there are over forty acknowledged faiths around so there are plenty to choose from.

That being said, Atheism also embraces billions of peoples of all races and creeds and has done so for some three thousand years (the third largest group in the world). These are individuals who don’t believe in a divine creator and that humans control their own and others destiny in life alone.

The disturbing thing about religions is the intolerance of the faithful against the unbelievers, and the sheer violence that is perpetrated in the name of the faith often against the basic teachings of their founders, disciples and their holy book or manuscripts.

The Christian faith originated in Israel two thousand years ago from the time of Jesus Christ, and nowadays it has over two billion followers (number one religion). Such supporters believe in one God, salvation from sin and after death Heaven or Hell (eternal damnation) as reward or punishment for life lived on Earth. Place of worship is a Church, the holy book is the Bible, and the Ten Commandments and the teachings of Jesus are the basis for human behaviour.

In bygone days (a thousand years ago) in the name of Christ and religion, western nations mounted military Crusades (wars) in Asia primarily against Muslims. To the further detriment there are also the horrors of the Inquisition, which sought over five centuries (from medieval times onwards) the discovery and punishment of heretics, which can be summed up in a phrase “Anyone who attempts to construe a personal view of God which conflicts with Church dogma must be burned without pity” Pope Innocent III. Actions included vile tortures such as the rack to gain confessions, before the accused being burnt alive. This is despite the teachings of Christ who didn’t advocate violence against non believers or any others. In more modern times Christianity is a tolerant non aggressive religion and promotes by attraction rather than coercion and fear.

In UK there is still a crime of ‘Blasphemy’ (speaking sacrilegiously about the Christian God)’ but it is not something actively pursued these days!

Muslims are the followers of the second largest religion of Islam, from Saudi Arabia fifteen hundred years ago, and their foremost human Prophet Muhammad. The one and a half billion or more adherents believe in their one god Allah and in after death judgement for good and bad deeds with Paradise for true followers, otherwise Hell. Notable practices include Friday prayers in the Mosque, no alcohol, no pork, fasting during Ramadan, Mecca birthplace of Muhammad, Holy Scriptures the Qur’an. Islamic teachings include Jihad battles to strive against non-Muslims, though Muhammad was against the killing of women, children and civilians in war. Critics of Islam claim that it is a dangerous and violent religion, while supporters counter-claim non condolence of violence but a belief in self defence. Yet extreme violence is perpetrated even in modern times by Muslim terrorists in the name of Islam, such as the 9/11 aeroplanes attack in the USA, 11-M train bombings in Madrid, and the 7/7 bus and tube bombings in London. This is despite the fact that Islam religion promotes peace, love, and harmony amongst the people’.

We have an unfortunate consequence that non- Muslims fear Islam and dare not even make criticisms of the religion because extremists are in violent protection of it threatening Jihad against individuals. Leaders do a great great disservice to a renowned religion by allowing this, even if not condoning it; why not tell these extremists they are going to Hell for their actions not Paradise?

Indian Hinduism has no single founder, with just under a billion Hindu sub servants believing in a Supreme Reality with many gods goddesses. Humans are reincarnated until enlightenment releases them.

Judaism is the religion of the Hebrews dating from three thousand years ago with fourteen million followers (Jews) today living in many counties of the world. They believe in one God, worship at a Synagogue on Saturday, eat no pork, allow only kosher food, and perform such rituals of circumcision of babies shortly after birth. The reputation of the Jewish religion as a god fearing caring one is severely marred by the state of Israel’s violent behaviour over half a century and occupation of other countries’ lands and subjection of the rightful populations. This is excused as a defence and protection against other peoples’ opposition to the existence of the Israel State.

It is to be hoped that those evil people preaching or enacting hate and violence in this world  will suffer due judgement and punishment by their own god in the next world.

One thought on “You’ve Got to Believe it!”