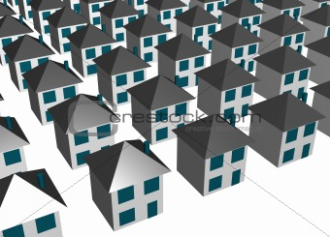 George Osborne’s latest budget includes some changes on house buying schemes and pumps £mult-millions of taxpayers’ money into the market – what will be the effect of all this then?

Well for a start the wealthy will see this as a god sent opportunity to increase their wealth! Offering government help to buy expensive property will be just down their street (a 20% interest free equity loan for 5 years sounds like a snip, when there is no restriction on the buyer’s income or house status).

Housebuilders and speculators will also really appreciate the new mortgage guarantee where we taxpayers take-on a 15% underwrite of a house purchase – just watch their share prices soar.

We need to ask ourselves what these give-aways will do to the house market:
* Will government lending a high proportion of the required deposit increase or decrease the demand for housing?

* Will government underwriting a high proportion of a house purchase increase or decrease the demand for housing?

ANSWER to both  “Increase”

A major problem in the UK is the continuing high prices of property and it is generally accepted by experts that house prices are overvalued (probably at some 15%) – this of course has a dramatic affect on affordability (you can say that again to first time buyers). There is only really one way of realistically bringing prices down and that is to build a shed load of new houses and so increase availability (when interest rates go back up, as they surely will in a few years, there will be a bit of a slump of course but we can’t wait).

The biggest housing crisis, which we have faced for some years now, is that there is a massive housing shortage. This has been caused by us not building enough houses each year – not rocket science then. We build fewer houses now than we did in the 1920s (how the heck does that happen?). There are 2 reasons for this – the Councils no longer build masses of houses (because of government policy & financial restrictions – a legacy of PM Thatcher) and the private sector want to make high profits so by choice will only build very expensive properties. Affordable houses are only built as a kick-back for granting planning permission on a high price development. [What is a puzzle is how comes authorities coerce housebuilders into building ‘affordable’ houses (say 2 bedroom) and then later give planning permission to extend the house (say a 2 story extension & now 4 bedrooms) which pushes it up the ladder into the ‘unaffordable category?).

Government money needs to go to Councils to build houses just as it was a high priority immediately post-war – this will rapidly increase the stock of affordable housing.

Housebuilders need to be forced into building houses on land they own. Currently they simply hang onto many thousands of acres of building land because each year it increases in value – so the balance book asset increases; they make money by buying & selling building land rather than their function of building houses [this replicates a public scandal of the 1960s when a prestigious office block skyscraper, Centre Point, was build in central London, but stood empty for five years despite a critical shortage of office space, simply because its asset value increased year on year greater than rental revenue would provide].

There may be half a million undeveloped plots which ought to have houses being constructed on them. The restriction is not the planning laws it is the wilfulness of the developers. The solution is easy peasy – make it significantly & extraordinarily unworthwhile for companies to hold onto building land; for example place a progressively increasing draconian tax on such dormant land after 1 year, and after 3 years confiscate the land and give it to the Council. That should shake-up the blighters.