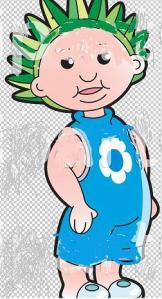 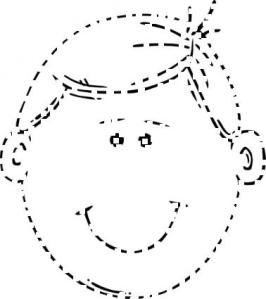 INTANGIBLE
It is suggested here that the government will be forced to bring in very expensive changes to the Welfare Bill to comply with requirements from the European Court Of Justice regarding Child Benefit payments. No formal announcement can be made until the first.

Historically the UK introduced such payments for children as the so called ‘Family Allowance’ in 1946, when the modern Welfare State was conceived. There have been a number of modifications since then including the name change to ‘Child Benefit’. This social security payment is presently paid weekly to a family parent at a rate of £20.30 for the first child and £13.40 for further children, and until now was not means tested (a so called ‘universal benefit’). Some 8million families benefit.

A big row blew up when the Coalition Government under Cameron & Clegg’s austerity measures brought in changes to make these payments means tested this year, by excluding families with a higher rate taxpayer in 2013. This has brought an anomalous situation to the angry notice of our European masters.

These payments are now seen as discriminatory against all childless families, including married couples without children, childless cohabiting couples, and same sex couples. These families are already badly disenfranchised by not experiencing the pleasure of having & bringing up children and now find themselves financially penalised as well. Much of child benefit is spent on things not specifically related to the child or children concerned, so this is patiently unfair.

It is a matter of human rights that all families should be treated the same under the law and the benefits system, irrespective if they have children or not. Families without children are subject to pay tax equally to those with children.

The solution is to introduce another benefit to mirror that of Child Benefit and this will be called the Childless Benefit.

The Childless Benefit allowance will be paid to families based on the national statistics for the average child family – for example the average age that women had their first child in 2004 was 27. The statistical arrangement will be fully applied retrospectively to make sure that fairness prevails.

Childless couples will have their personal set of 6 numbers which they can simply select themselves (or have a lucky dip) which will then be so entered automatically into a national draw each week to determine which less-children are born-less, and the numbers of less-children will be determined statistically as national figures dictate from time to time. It is to be expected that the draw will be made at the same time as the National Lottery to save time, resources, and money. Childless couples entered into the draw will be assigned less-children in quantity as single, twins, triplets, etc according to the numbered balls drawn and availability statistics. This modus operandi will also allow childless couples to celebrate their non arrival in the same way that other families push the boat out when real family children are born. This makes for a fairer society.

It is not clear yet if this principle will apply to other matters such as maternity leave etc.

The full cost of such changes have not yet been fully evaluated (because of the retrospective action etc) but some £11billion is paid out in Child Benefit each year, so when this is matched equally statistically by Childless Benefit, they will both therefore become the joint third equal as the most costly benefit.