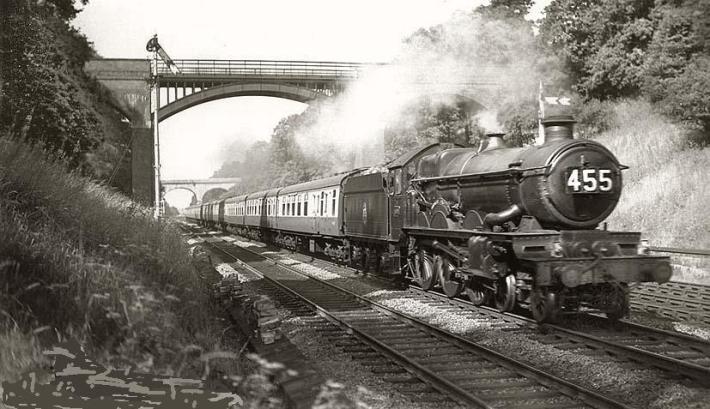 It’s full steam ahead for HS2 then. This unbelievably expensive (35£billion and rising?)) controversial, and high risk project is now coming down the tracks apparently. Hang on a minute; we are talking about getting some real trains running up North in 20 years!

In the noble age of railways it was a nationalised entity and they ran trains everywhere in the UK. It was the wonderful time of steam engines – big hard eager workhorses belching their black smoke and white steam noisily into the sky (no worries about pollution in those days eh). Train was the travel method of the masses and the better-off had their shiny new cars – not like today when most families aspire to 2 cars if they haven’t got them already. One day the unsuspecting masses woke up to hear the name ‘Beeching’ – a name they would soon become to hate. To cut a long story short he was brought in by the Conservative Government under PM Macmillan in the early 1960s to run & destroy the rail network in the name of efficiency! He chopped out with his axe a quarter of British Railways and closed some thousands of stations throughout the land (even in areas without any other public transport), tore-up mile upon mile of track and sacked tens of thousands of railworkers, before he himself was given his own P45 termination (under Labour PM Wilson). So the destruction of something British and valuable is not the sole prerogative of our modern parliaments!

Despite the loss of many of its limbs the railways meandered successfully along as a cohesive force (their advertising phrase was ‘we’re getting there’) and provided a good and valuable service to the public. The politicians thought they had better put a stop to that! Privatisation was the byword of the Conservatives in that period and consequently PM Major (the grey man) gets the full credit for finally totally screwing-up our national railway. He finished what Beeching had started so many years before, at a stage when he faced an electoral defeat – so before the general election annihilation of 1997 he pushed through a cobbled up 1993 complex privatisation scheme, probably sketched out on the back of a fag packet no doubt (no smoking ban in those days unfortunately). Well, finally there were two outcomes – a bunch of people made a lot of dosh, and in return we the public got an even more garbagey and nightmaresish railway. We are the only country in the world where one set of people run the track (and make a shed load of money) and another multi-set (make a shed load of money) to run the trains totally independently of each other (so there is no such thing as a national or coordinated service). It is not just that it is embarrassing that Britain, who gave rail travel to the world, should end up with the worst possible network, but it a massively costly situation affecting our whole economy [not to mention the sheer personal frustration of getting-off one train to watch your connection on the platform next to you (run by a different Operator) simply pull out, because they are not obliged to operate a connection service!].

There are lovely little spin-offs from the way our politicians have screwed up our railways – for example, the exponential growth in car usage, the birth of the juggernauts, the thousands of foreign lorries, the total gridlock on all our roads, the enormous amount of road damage wear & tear, potholes on all our minor roads, massive deaths and injuries in RTAs, massive pollution, global warming, etc etc. Hopefully there has been some godly punishment on those who have inflicted this upon us.

It there was really anything like a Fairy Godmother or a magic Genie of the Lamp and if the British public had a wish, it would be that the Railways were renationalised. Well, if that is your wish you should buy a Lotto ticket instead (at 13m to ! you at least have a chance!). Why is it that we boast of being the greatest democracy in the world, but when it comes to it, the politicians NEVER follow the ‘wishes of the people’? The reason is that they will find every excuse in the world to look after their own personal parochial interest and then the policy of their tribe and sod the voters (note that that is not just a trait of the developing countries!).

The current Conservative LibDem coalition government carry the stigma of wasting many millions of pounds of public money (at a time of austerity!) on mis-allocating a replacement West Coast rail operator contract. A shambles.

For such reasons, and with their track record from the past, we can’t look at HS2 with any confidence as being a successful government rail transport initiative – or alternatively perhaps we should think that by the ‘law of averages’ one Conservative government is bound to get something right sometime (let’s hope it is THIS time?).

[The significance of rail itself cannot be over exaggerated – it has revolutionised the world and beats the internal combustion engine into a cocked hat].

[This is one of a number of Posts that comment on the effect of significant changes brought about by Political Parties]
Why not have a read?:
Creation of a Welfare State [1]
Bus Deregulation [2]
Destruction of the Railway system [3]
Sunday Opening Shame [4]